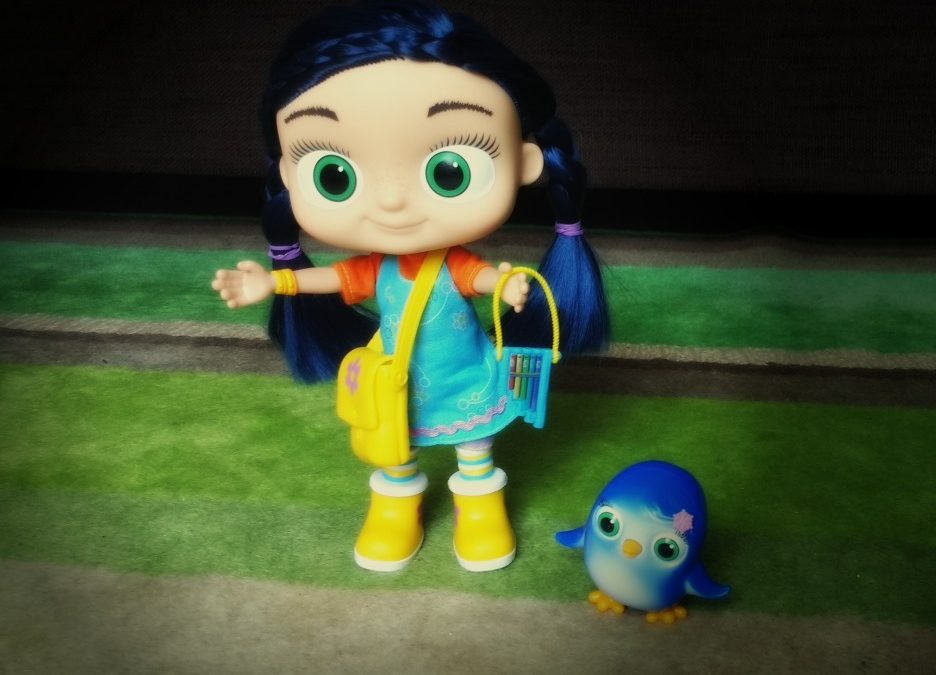 When I visited the London Toy Fair 2017 I was on the lookout for inclusive toys, meaning toys that catered to additional needs or reflected diversity. Considering over two hundred and fifty companies exhibited, I didn’t notice many toys that catered to the above. One the stand out toys for me on the day was the Wissper Collection. I knew about her because Angelo and Valentina are found of the animated series of the same name, from Milkshake TV. I was amazed at the quality and attention to detail in her creation. She was designed exactly like the character on the show. Wisspers adorable with her mild tan, midnight blue hair, green eyes, and freckles colour clothing and floral print wellies. I was beyond thrilled to be granted the opportunity to review the Wissper and Peggy Starter Set. I knew Valentina would love her from the start. Valentina, Wissper and Peggy are firm pals now.

Wissper is animated series that originated on Nick Jr. Wissper is a kind 7 year old girl who is able to talk to animals. She can magically transport herself anywhere there is an animal in danger saying her am words “Sssshhh…”  She is very caring of all animals but she can get cross if they misbehave!

I’m still a novice at the video filming thing, I reckon I sabotaged our unboxing of Wissper by playing the theme song. Valentina is a clever, she figured out my ploy.

Nonetheless, we was super excited to play with Wissper. She and I agreed that Angelo could have Peggy, then they could all play together. Wissper has been on the school run flying all the way with Valentina singing all the way. She’s also been to the toys clinic, apparently she ‘hurt’ her leg. GP Valentina put a plaster on her leg. She’s also been on a nature walk. Peggy has been at home and usually joins in for in indoor fun. The Wissper and Peggy Starter pack comes with:

Wissler limbs have full rotation and bending capability. Her handbag has detachable straps and fit at least on accessory at a time, two if she’s taking her mirror and hairbrush. The accessories are made from bendy plastic metal which make it easy to get them in and out of her handbag. Her clothing and shoes are removable. When her shoes are removed, Wissper has no feet. It looks like a peg leg. Perhaps it was made that way to cater for other accessories like new shoes.

The starter set is aimed at children of 3+ years. Parents may need to supervise play with the accessories because they are  small enough to be a coughing hazard. Valentina’s favourite features of Wissper are the ability to manipulate her limbs and changing her clothes. The set gives many options for imaginative play. 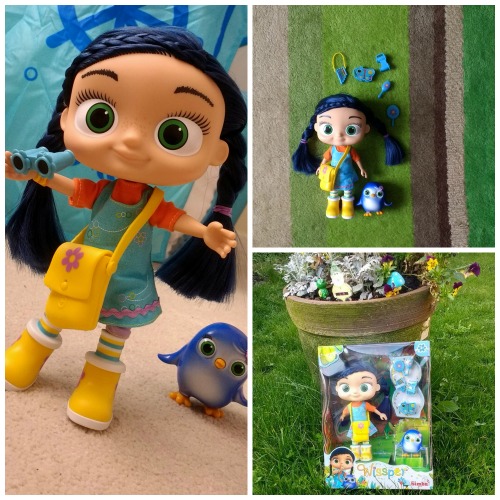 The Wissper range will be available at Toys R Us from the start of April. The Wissper and Peggy Starter Kit RRP £19.99.  As the warmer months approach Wissper and Peggy will give lots of opportunity for fun outdoor plays. Whether is Easter egg hunt, nature walks, and picnics whatever? Wissper is easily portable and very durable. She’s ideal for a little animal loving adventurer.