‘What’s in the box?’ by Cheatwell Games 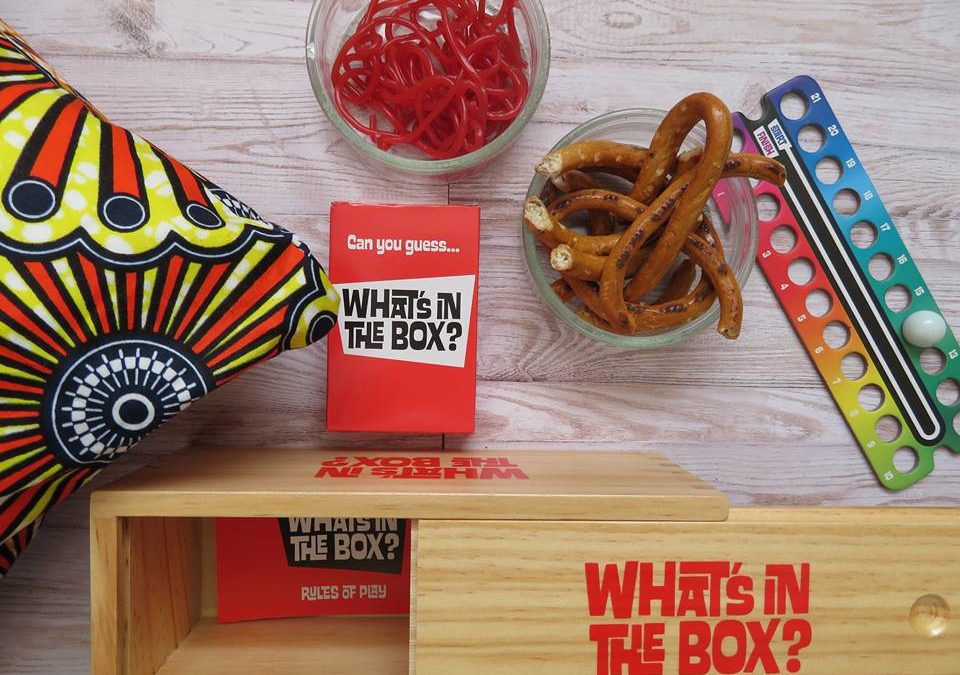 Games are a fun way to pass the time in doors.  It’s all about interaction, strategizing and best of all an interlude from the screens. We recently received What’s in the box game by Cheatwell Games to trial for the purpose of this review.  The game is aimed at 12+years, but the little ones and I had enjoyed playing it. What’s in the box? is a game that the poker faced will enjoy.

What’s in the box?

The game comes with: ‘take a guess’ cards, picture cards, a scoring track, a marble and rules all encased in a durable wooden box. It’s made with durable materials. The game will last for years and years. It’s RRP£12.99

What’s in the box? is a party game that’s will  get players up and moving. If you are not moving your brain will be massaged because the players take turns to guess the mystery object hidden inside the box by the Box Keeper.

It’s a very democratic game. The Box Keeper is not selected due to age or any pre-set specification.  Simply place the tracker and the marble in the box  and shake it. When the marble stops rolling each player take a turn guessing the number it landed on. The player who guesses a number closest to what the marble is resting one will be the Box Keeper.

After the Box Keep has been named, he/she goes on a hunt around the house for an object to put into the box. Once the item is selected, everyone to tries to guess what it is. The Box Keeper may also use the double-sided picture cards as an example to be guessed Now, I know it says around the house, but I can see this game being played outdoors in a park for example.

Players can ask questions, or rattle and listen to the sound. There are 21 chances to guess what’s actually in there! You can work together against the Box Keeper, or play your own game. We tired both methods but the kids and I enjoyed teaming up best. 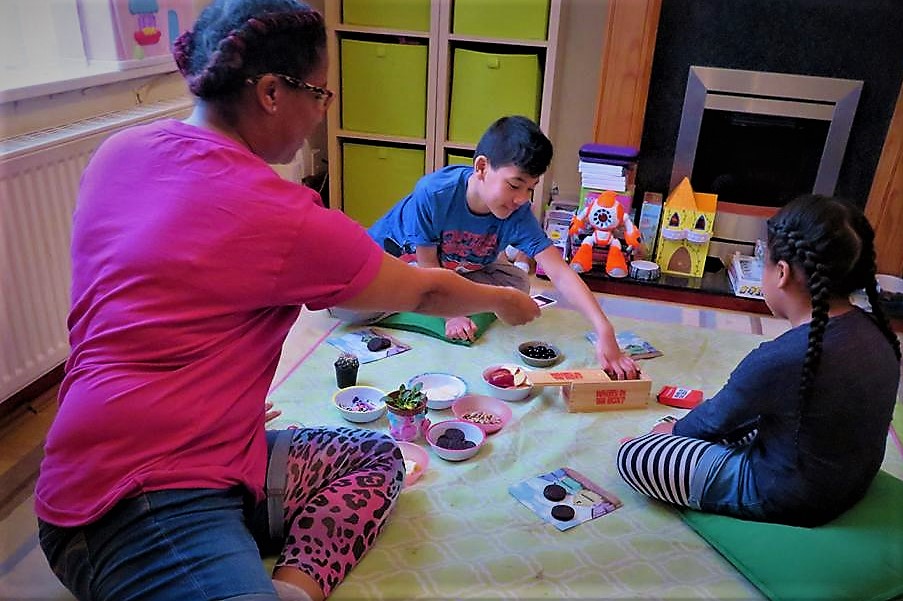 What’s in the box? is a game for the cunning with game face. Bless him Angelo has to work on his game face. He as the Box Keeper for the first game. He went away, selected his item and returned to the game with the box and told us what was inside. It was so funny. The best Box Keeper will items that will keep players guessing AND all will stay cool calm and collected. Players beware not to guess to quickly because if you guess wrong, you will lose your ‘Guess Card’ you are likely to have two. For larger games each player will only be granted 1 ‘Guess Card’.

What’s in the Box? game carries on a bit. Younger players may get bored, but it they are the designated Box Keeper they will enjoy using their cunning.  I believe children 10+ years will enjoy it more because their questioning ability and scope of imagination is broader.

If you like the sound of What’s in the box?, then you may also like Quirky, also by Cheatwell Games.

Please visit Cheatwell Games website for more information of the game and their other products.