Were we are now: update on the kids’ milestones 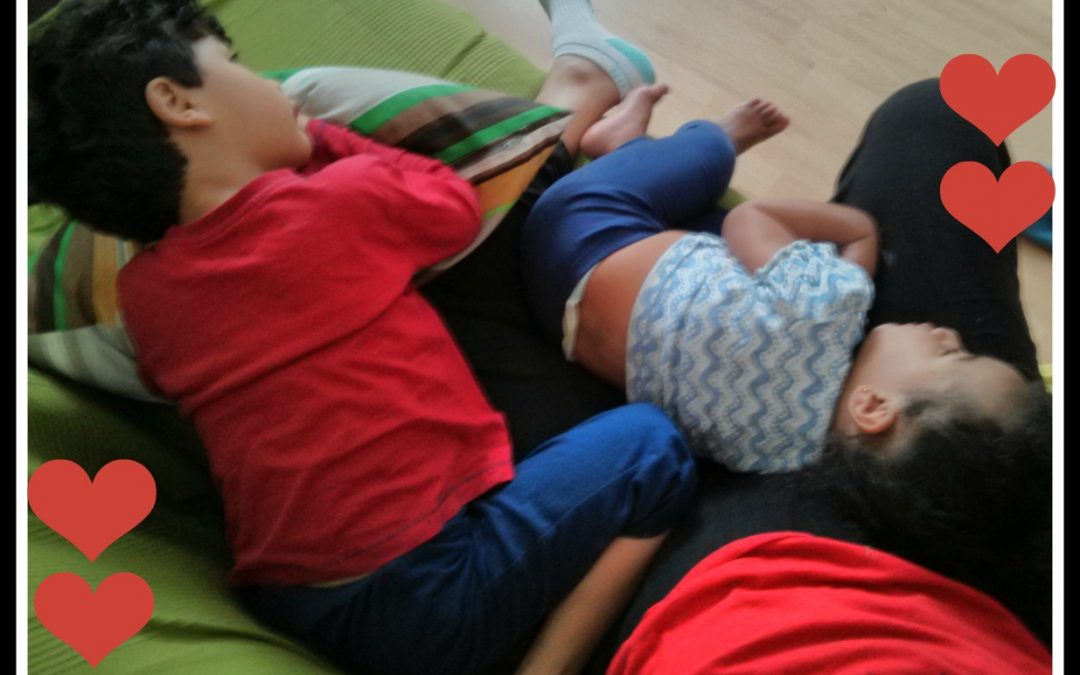 I’ve never directly written a milestone blog post before. As the kids get older, I’m thinking perhaps I should. They are up to all sorts some funny some very frustrating but I’d like to share some of it with you.

Valentina is now 17 months old. She says a few words: no, mimi (meaning mommy), da (meaning daddy), what’s that?,hello and bye. She makes two animal sounds that she’s proudof : a roar for any furry animal or monster and an oink for George and Peppa Pig. She walks strong and confident, jumps a little, climbs well and a lot, as well as, runs but she doesn’t like to walk when we are outdoors. She perfers to be on the her dad’s back or mine. She’s a bit clingy. She LOVES music and does a little head and shoulder shake followed by a twirl depending on how much she is moved by the tune. She still doesn’t like having her hair washed or combed.  She likes most kids programmes but her favourites are Ben and Holly’s Little Kingdom, Dora the Explorer and Team Umizoomi. However not even those programmes will keep her still to have her hair combed. She’s can feed herself and loves her food… but no mushy textures … CRUNCH!

Angelo is 3 years old. He’s really a  little boy now! I can hardly believe it. When I look at him walking, playing, jus doing his thing I feel this awesome pride that we’ve made it this far. I’m proud of him. There are times he’s so much like a teenager with his “Oh mother!” and eye-rolling action but other times he’s my little boy. He says ” mummy I want a hug”. How can I say no, even if its after he’s made me angry due to some misdemeanor of his. He does gymnastics at daycare. Although  he likes  gymnastics; he’s still not settled at daycare. He seems to be a child that will not be happy away from home. He’s a bit clingy. He knows his left and right and can dress himself. He loves story-time. He’s a super  fan of Disney’s Frozen. However, he’s currently on a band from it, after he changed our living-room into a winter wonderland and his sister, Valentina into a live snow-girl.

As a family frustrate and love  each other, sometimes all in equal measure. I look forward to seeing what they do next. As a proud mum, I think my kids are awesome. I love them more that I ever thought I could love anyone.

I’m linking this post to Super Busy Mum Mad Mid-Week blog hop. Well, that’s us how about you?