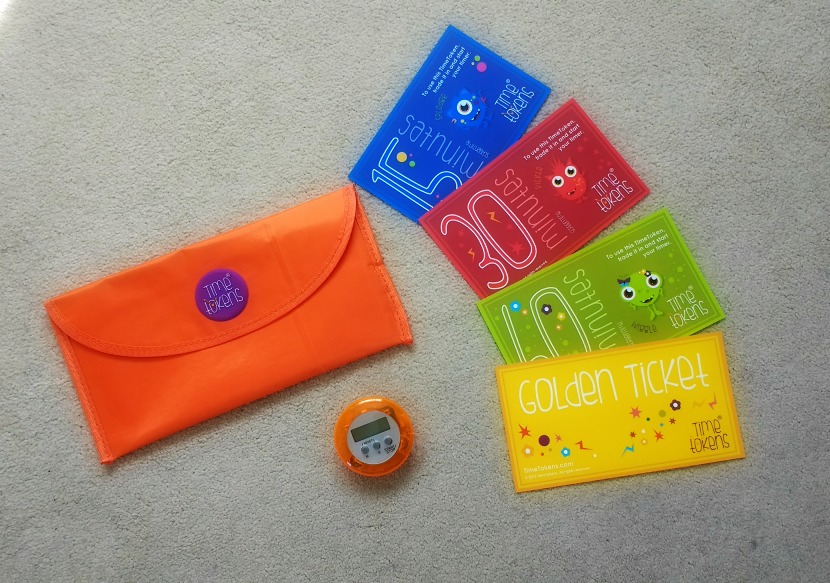 We love gadget… well I say wells more like Hubby loves gadgets. He’s also an ole school gamer and IT guy, which means our kids have been used to laptops and tablets and different types of tech from infants.  Nonetheless we’ve always tried to ensure the kids have a balanced entertainment experience, with outdoor activities along with tele and computer games. Angelo has a few games he love in the past I’ve used the cooker timer to keep track of his game time. Then I heard about Time Tokens. Time Tokens is a real-life product that ‘helps you manage your child’s time on screens.’

Your Time Is Up

It was confusing the cooker time, I could couldn’t always reminder what it was ringing for when I got caught up with chores. Time Token allowed Angelo and I to keep track of his gaming time.  Funny thing is indirectly it managed my time too. I know at the end of his game time, I needed to have something activity planned for him and his sister. Sure I could have bought a separate timer but of Time Tokens put the power into his hand by way of the ‘token’. The token was an agreement between us. Unlike when I used to use the timer, he’d fuss when the time was up, he didn’t fuss with Time Tokens.

Time Tokens comes in a wallet that contains:

Getting to know Time Token friends

Each token card has a Frazzle friend image. Sparky (5 mins), Splodge (15 mins), Whizz (15 mins), Pickle (30 mins) and Wiggle (60 mins). They all have personalities and special interests which would allow younger kids to identify with them.   Here’s how it works:

I’ve been successfully using Time Tokens with Angelo for almost one month. Firstly, I didn’t use the contract card with Angelo or the Golden ticket for additional time. He’s little and relatively new to computer games. I used the tokens in my own way. Mainly, I used a combination of Pickle and Splodge.  Angelo and I had a verbal agreement; when he was given a card(s) and the time was set on the time, he must stop play.  He always adhered to the agreement and very rarely did I need to remind him to pack up when the timer went off.  Best of all, most times he would pack up immediately when the timer went off. I always left his token in sight as an added reminder.

I never used the tokens for television viewing but it can be used in that way as well as for computers, tablets and mobile phones. Once he was done, I usually had a snack or an activity lined up for us to do together along with his sister. Older children can take charge of their Time Tokens and trade in their token of choice for screen.  It’s something tangible that they can exchange which is quite empowering and this is the intention of Time Token.

I believe Time Token is an excellent tool to assist parents and kids manage on screen time. If healthy patterns are established from young, ideally kids will not over indulge in as they get older. Professionals and celebrity alike also agree its an amazing prodcut. Visit the Time Token website to find out more about the pack.