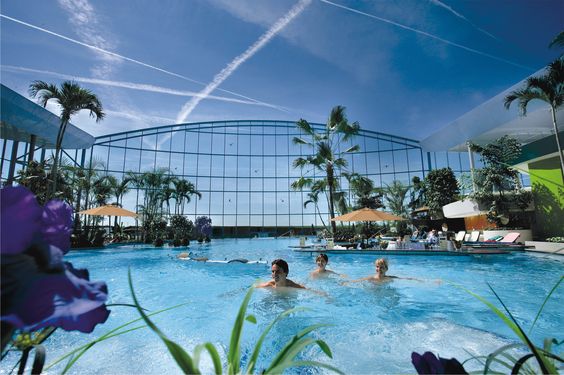 Flashback Friday always makes me nostalgic about my past achievements and travels. Since having children, I’ve not left the UK. One place that left a mark on me was Munich, Germany. Back in Spring 2009, I visited my ole flat-share pal who lives there. Before heading into central Munich, Miss B met me at Munich airport and we commuted to Erding. I wanted to visit Therme Erding for a spa day. Erding is Erding is located about 45 kilometres northeast of central Munich. Therme Erding Spa life is a must, at least once in your life

A blast from the past Therme Erdig Spa

Nine years later and I still treasure my visit to Therme Erding. Therme Erding the largest spa in the world. Work began on the spa in 1998. By the time I visited in 2009, they had been awarded the Vital Therme & Saunas seal of quality “SaunaPremium” from the German Sauna Federal, which distinguishes variety, quality, service and ambience and Galaxy Erding won for the second time Best Adventure Pool 2008/2009, awarded by the readers of Parkscout.de.  Although I didn’t have children at the time, I remembered that Therme Erding being family-friendly. Since I’m a parent now, it is firmly on my wish list of places to visit with children.

‘The fluoride- and sulfur-containing Ardeo source of THERME ERDING was discovered in 1983 during an oil drilling by Texaco. This spring is located in the outer area of ​​the VitalOase directly below the glass pyramid. The valuable thermal healing water, which is extracted from a depth of 2,350 m, feeds almost all the basins of the THERME ERDING. In the sulfur pots in the outer area of ​​the spa and the VitalOase, the proportion of highly visible and odor-intensive “free sulfur” is highest.’ 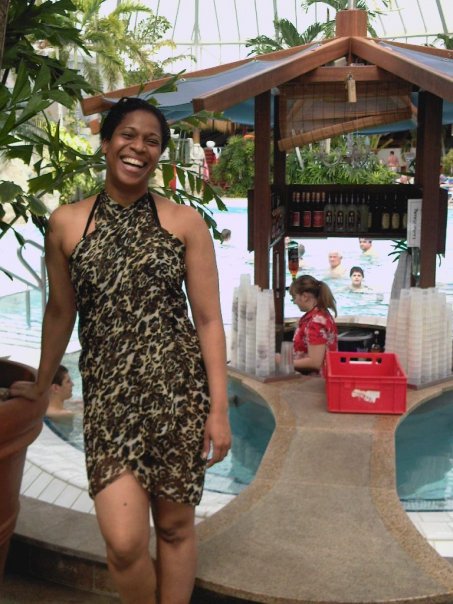 Curative Properties Of The Water

‘Fluoride-containing sulfur sources are traditionally recommended in medicine for:

Miss B and I must have tried every pool, and spring, at Therme Erding.  Patrons had access to natural facial masks at set times. I chose moisturizing yogurt, then, laid on a water bed to chillax. I opted out of keep fit sessions and simply swam at intervals during my time there. The ambience was very tropical paradise with palm trees and an azure sky. We left early evening and I was super relaxed.

Therme Erding’s facilities have been extended over the years, including hotel accommodation. Visitors have several experiences to choose from:

Families can make use of the kids club. It caters from 0 to 15 years old. Furthermore, ‘all children up to the age of 15 enjoy free admission to Galaxy Erding on their birthday, including the Tropical Spa area and Wavepool area.’

Therme Erdig is an amazing place for all in the family. I could see that even though at the point of my visit I was not a mother. Whatever the season, this is the place to visit if you love the spa life. However, if you are thinking of a summer trip visit their website for summer inspiration to dos and healthy recipes.

Finally, if you are not sure what to type of visit to book, visit the website for all visitors’ information

What vacation have you had that has had a lasting effect on you? Do tell us.