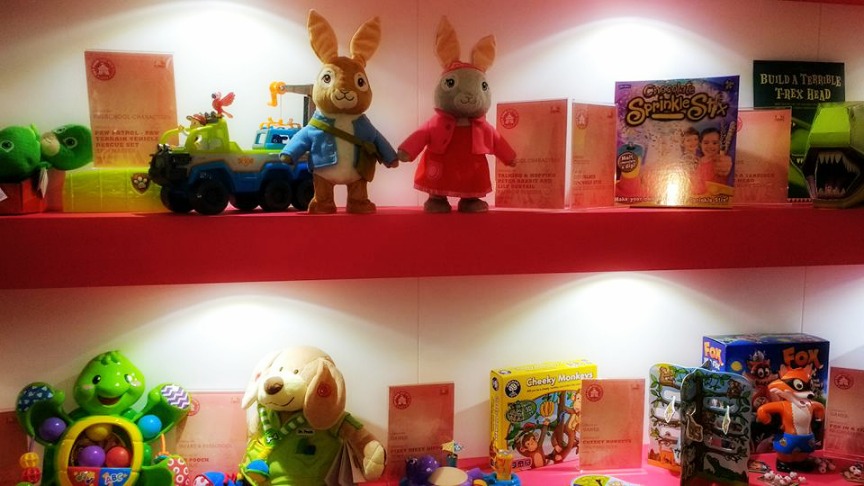 Last Thursday, I attended the London Toy Fair, which is organised by the British Toy and Hobby Association, and held at London Olympia. I was excited and nervous with equal measure, as I was for my first visit to the London Book Fair. It’s a trade event, but bloggers other media attend to find out what’s new in the industry. The fair is the UK’s only trade event dedicated to toys, games and hobbies. My kids are fans of YouTube toy review channels. The channels also influences our toy shopping for the kids, but I was curious to see what else was out there. Press Day looked very busy and fun judging from social media posts. However, Thursday was the only day I could’ve attend, by then, it felt like the companies were focused on tying-up deals rather than engaging with a parent blogger. This year The Toy Fair had fifteen categories from which the Best Toys of 2017 were chosen. Oh to be a child again. There were the most amazing toys and games. Nonetheless, I would have liked to see more toys that reflected diversity in terms of race, culture and additional needs.

The categories for Best Toys 2017 were: Action Toys; Construction & Building Sets; Creative; Games; Infant & Preschool; Mini Collectables; Outdoor; Playsets; Pocket Money; Preschool Characters; Puzzles; Science & Technology (S.T.E.M); Tech Toys; Wheeled, Wooden Toys.  This year there were four new categories which where chose to reflect the changes in the market and the importance of certain toys in the industry. The new categories were:

Over two hundred and fifty companies exhibited. I didn’t have an opportunity to visit all the stands. Some of my personal favourites were Magformers construction sets, Buddyphones head phones, the Wissper and Masha and the Bear Dolls, Moana plush toys, Destination Game, My Fairy Door’s Worry Plaque, Little Brian paint sticks. It wasn’t until the following day that I realised what was missing. There weren’t many toys that reflected diversity. Granted I didn’t see all the toys but the fact after a three hours I didn’t see much I think that shows the gap. The book industry is making gradual strides to being more inclusive. The European toy industry which is the fourth largest in the world should doing the same. In the past I’ve featured Christmas gift list for diverse toys and struggled to find retailers in the UK.  Recently the BBC interviewed Saffron Jackson creator of Zuree Dolls.

The question is how do dolls like Toya become more ‘mainstream’ and affordable. Additionally, how about toys for children with additional needs. I know that Golden Bear has a range of Mr Tumble Something Special toys.  I’m curious to know what else is out there. Did I miss something? Do let me know. Leave a comment below this blog post. Highlights from the three days event can be viewed on Toy Fair TV. The video below features day 3 (when I attended)

Visit the British Toys and Hobby Association site for more information on the days’ proceedings, awards winners, and exhibitors and so on.