The Tale of the Red Witch 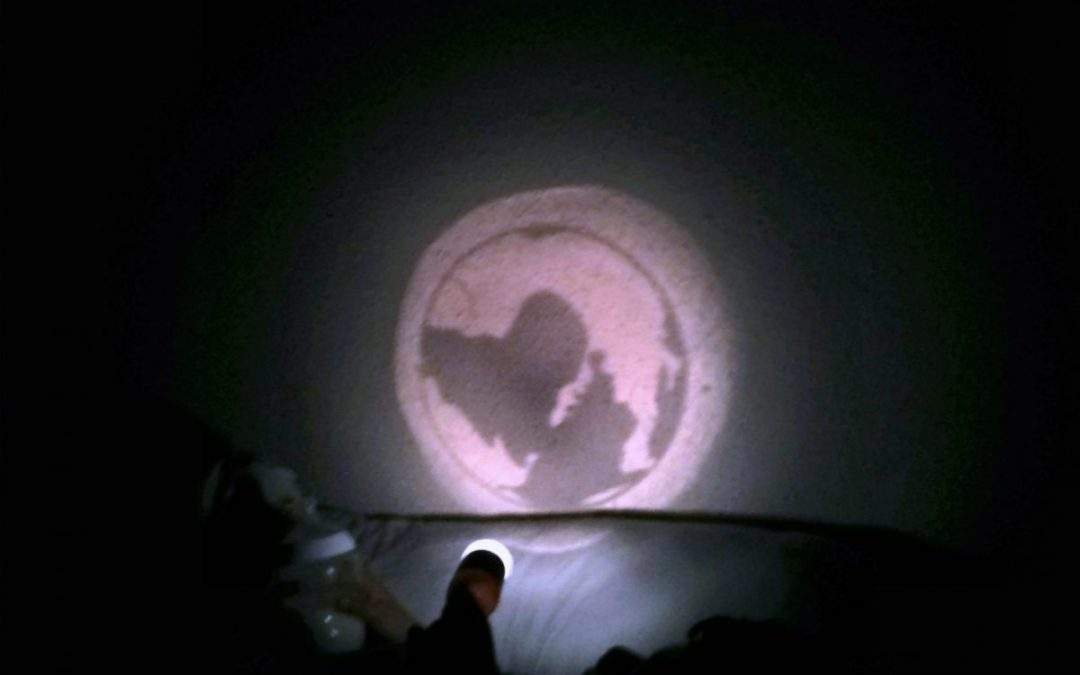 Angelo’s fear of the dark is on the back. Gone is my toddler who used to get out of bed in the wee hours of the morning and walk to his parents bedroom with a corridor and kitchen in between to clear,  before he got there. At about age two he started having night terrors and around that time he exhibited fear of the dark. He’d ask for the light to be put on before entering a room at night. He was never hysterical but he made it clear he did not like the dark. Around this period of his development, we had moved house, he resumed nursery (after about a year break) AND his baby sister Valentina was born. Whether any or all of these factors contributed to his fear is a mystery to me. We dealt with the night terrors by waking him 50 minutes after he had fallen asleep for one month. The idea was to break his sleep pattern before he entered REM sleep and this word in turn stop the night terrors it worked! I then tried to make the dark seem like fun, we bought him a Dream Lites and a toy projective torch light. We continued to have story time but I avoided books with monsters, ghosts and so on. For a few months he had no issues with the dark. Then, a few weeks ago his fear returned stronger than before. Since the last time his speech has improved, he told me there is red witch in the bedroom.

I’m from a generation that was raised on tough love. Night time is to sleep. When its bedtime you go bed afraid or not. The question is: who were you more afraid of the ghosts and witches of your imagination or your very tired working mum? Remembering my own fears, I’ve tried to help Angelo work through his. Untill recently we had not curbed access to the books and films Room On the Broom, The Gruffalo, The Hairy Toe and that he told us about from nursery. Because he exhibited a great liking for them,  we bought him his own copies. I don’t think the books have exacerbated his fear but they may have given him the vocabulary. When I questioned him about the witch his story grew. I could see the cogs in his brain working to flourish his tale. These days he prefers to fall asleep on the sofa declining story time as he associates it with lights out and sleep.

My question to more experienced parents and carers. When the night lights and stuffed toys cease to be a comfort, how do/did you deal with your child’s fear of the dark? Even with a super king bed, four in the bed is less than comfortable. As any parent who co-sleeps with  their child(ren) knows, they don’t stay in on spot. Often they are in starfish formation and/or rolling around kicking. I look forward to hearing your suggestions.

I’m linking this post to the Made Mid Week Blog Hop. Why not stop by see what everyone else is up to, this mid-week.