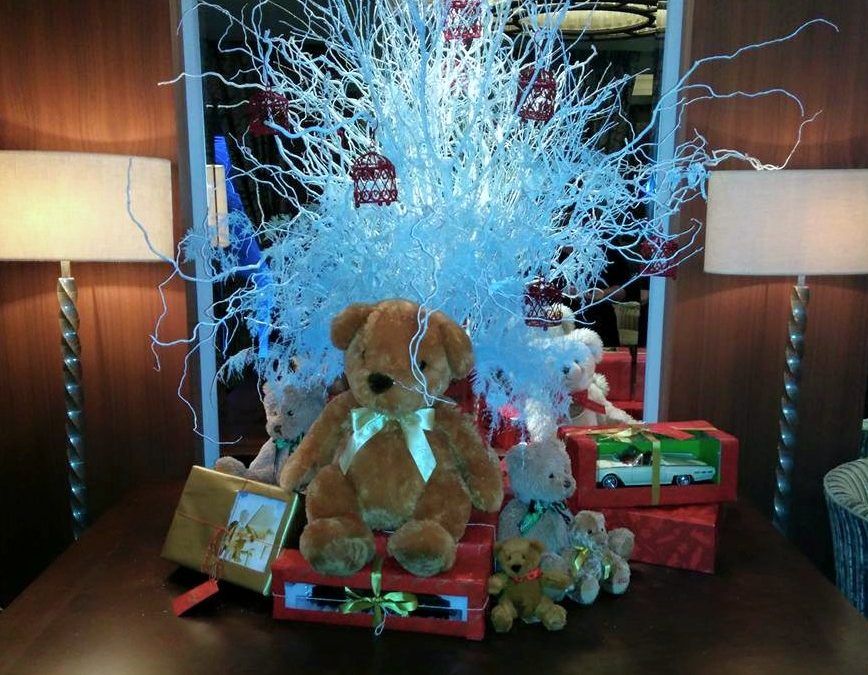 I recently had the privilege of visiting the grand five star hotel, The Royal Horseguards Hotel, in Westminster. I love London! You just never know what grandeur awaits, tucked away on a seeming quiet street. I arrived with Angelo, Mrs M and Master L at the hotel for the press event to promote it’s collaboration with Hamleys. The courteous doorman ushered us into the splendid main lobby. My eyes darted from the striking centre piece adorned with Christmas decorations, candy canes and other confectionery delights, to the luxurious lounge area.  We took the sophisticated wood panelled elevator up to the room allocated for the press event. Once in the function room we were treated to the most delightful canapés. The finger sandwiches were light and fluffy like cushiony clouds and so tasty. Did I mention the mini cheesecake and other sweet treats? They were so elegant and beautiful. They seemed to be crafted by the hands of tiny angels. It was a wonderful showcase of chef’s talents. Ah yes, so about the VIP Family package…

Its a first time collaboration between The Royal Horseguards Hotel and Hamleys. The  hotel was built in 1884 in the style of a French chateau. It’s a listed building offering a choice of 282 luxurious rooms. It once served as the headquarters for the British Secret Service and has served as a filming location for films such as Bond films Octopussy and Skyfall as well as the television series Downton Abbey and more. Its marble spiral staircase is the largest free-standing staircase of its kind in Europe.

Hamleys was established in by William Hamley, in Holborn, London in 1760. He dreamed of the  best toy shop in the world. It’s the perfect good marriage between the quintessentially grand British hotel and the world-renowned toy store.  It’s the best of British. The VIP Hamleys package includes 2 nights minimum stay in two interconnect rooms with breakfast, VIP Family Afternoon and a VIP tour of Hamleys. Families will met the Hamleys cast as part of the tour, enjoy a special show and raid the pick n mix, AND receive a goody. If that wasn’t enough there would also be a 10% discount on toys at Hamleys. 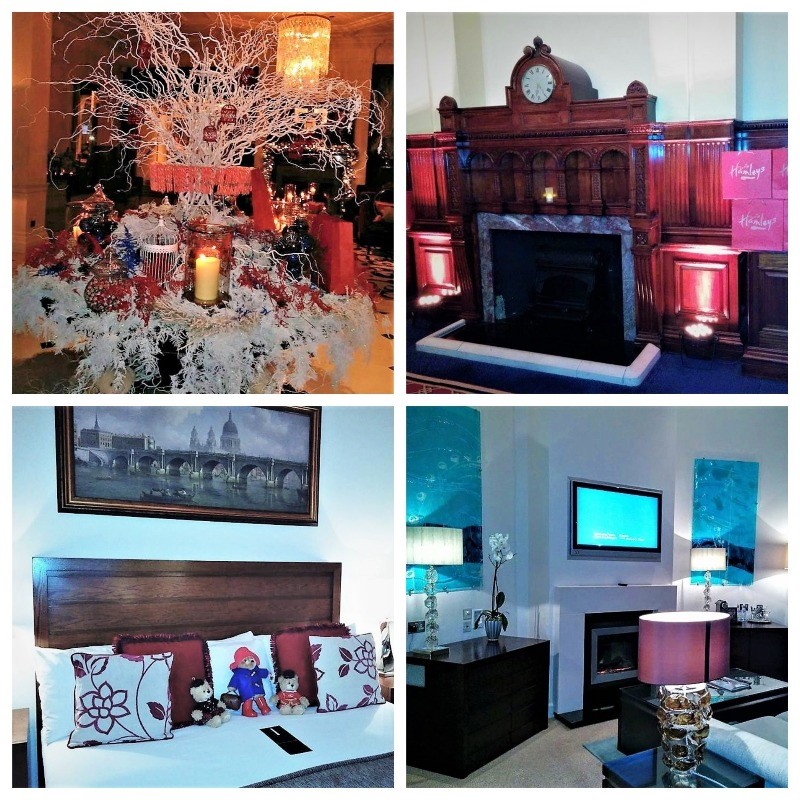 The VIP Family Package will be available from 1st January, at a cost of £1350 for a family of 4. A little birdie told me that package for a party of 3 maybe created in the future. Wouldn’t that be divine for a girl’s weekend away? Here are some photos from the evening, taken while on a tour of the hotel and two of the signature rooms.

My favourite signature room was The Tower, as seen above in the middle row from left to right. It’s living room space has a panoramic view for the Thames River and the Southbank. As stated earlier the rooms will be interconnected. They will contain double beds (or single beds on request). They beds have memory foam mattresses. The bathroom has a television and non-steam mirrors. The hotel has WiFi.

You can visit The Royal  Horseguards Hotel website for more information on the other facilities in the hotel. And more photos are available on The Tiger Tales Facebook page.