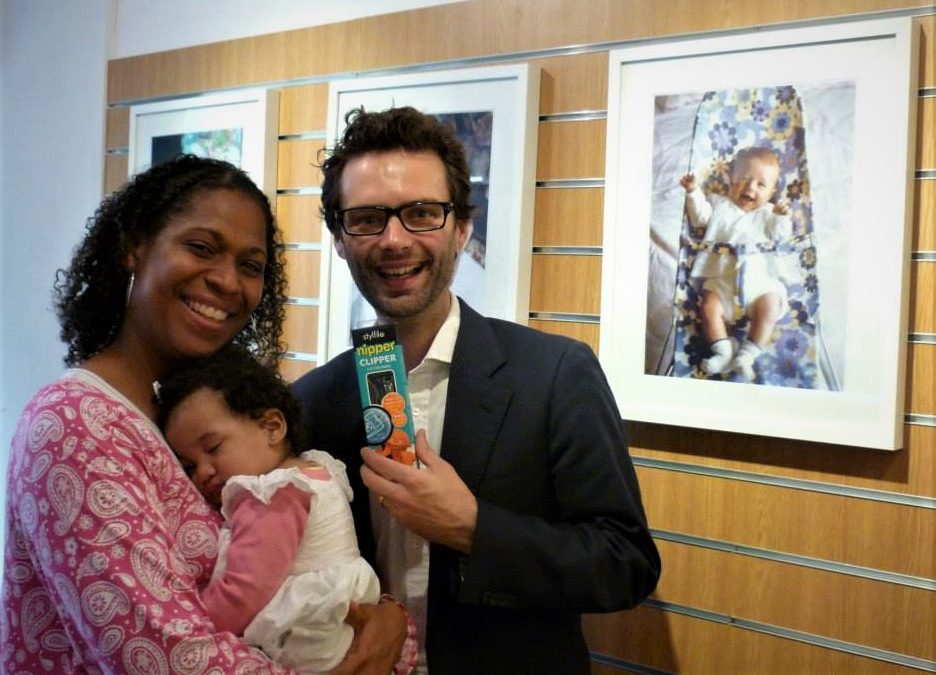 Last week I had the pleasure of attending the launch of Nipper Clipper. It’s the latest invention of Tom Pellereau, The Apprentice winner, 2011. Whether you are a fan or the show or not by now you would know that Tom brought the ‘S’ shaped nail file, Stylfile,  into the beauty industry. Honestly, when I received my invitation to attend the launch of his newest product I hoped it would be a nail clipper. Like many parents I agonise over cutting my babies’ nails. Sometimes, I ask hubby do it because he has steady hands. Naturally, I was over the moon when I arrived at the launch and found out that the product was indeed a nail clipper! The Nipper Clipper.

While At The Launch

Valentina and I attended the Nipper Clipper launch together. It was for her that I most wanted a nail clipper. Unlike her big bro her, Angelo, her fingers are thin and tiny. I struggle to see how much of her nails to cut. Her nails are very sharp. Sometimes she scratches herself in her sleep. When she was a newborn I didn’t use scratch mits for long, because she managed to get them off in her sleep.

At the event, she had her nails trimmed by one of the nail technicians on site. I could see how useful and effective the little spy-hole would be to prevent cutting off too much of her nail. I feel confident now to cut her nails. Bless her, she slept through her trip to a nail bar, the early start and excitement got to her.

Once back at home, I was excited to use the Nipper Clipper on Angelo, especially to try the free downloadable app Timmy Tickle Baby. Timmy Tickle Baby is a distraction app that entertains while the child is having his/her nails clipped.  It works on iPhones and iMacs.  Unfortunately, we have a First Generation iMac so it couldn’t read the QR code at the back of the Nipper Clipper box.

However, Angelo is never nervous to have his nails cut, he just gets restless. Thankfully, due to the clipper’s quick, soundless and scissors-like snipping action I was able to complete my task before he’d had enough. I must say, I’m totally happy with the product. 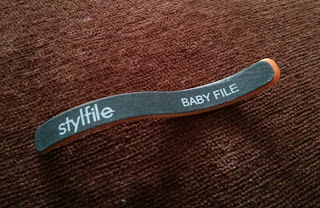 It comes with a baby Stylfile, which can be used to smooth rough edges off baby’s nails. For more information on the product visit the Stylfile website and you can also follow them on Twitter.

My Feedback At The Launch

Please note that this is not a sponsored post, however I did receive a Nipper Clipper and an adult Stylfile as a gift.
(updated 18th May 2020)