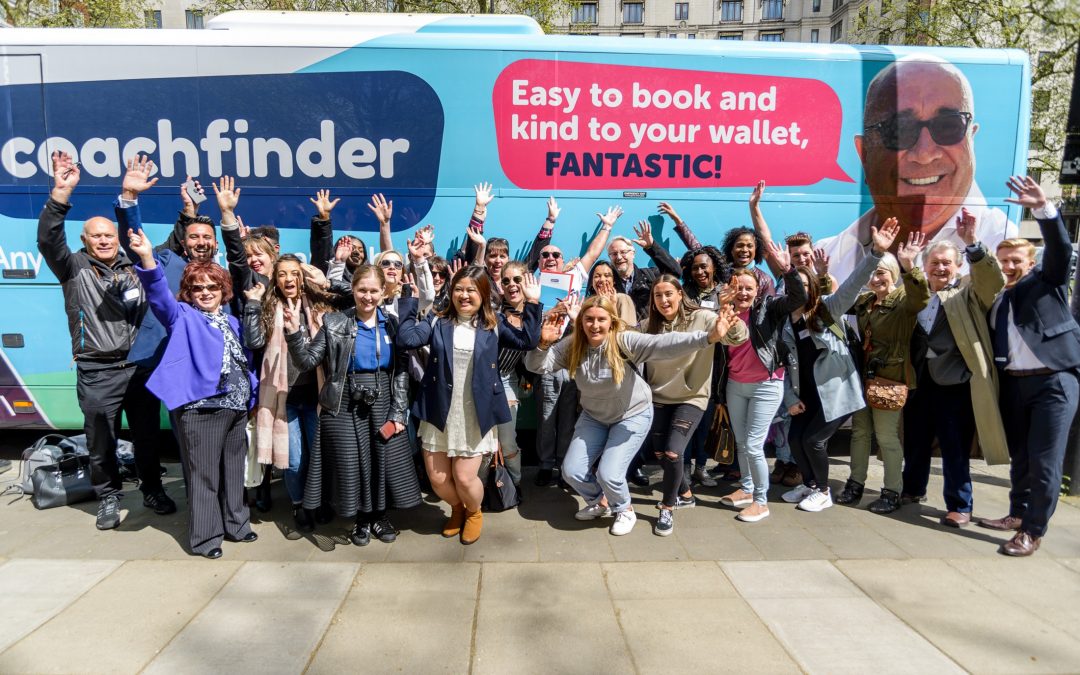 I don’t know about you but I LOVE a bus (coach) excursion. Although I’ve been living in London for 16 years and I still rival in a bus trip into London upfront top deck. I’ve also done a couple trips into Europe on a coach trip, the last of which was to Germany Rhineland. The journey took us through France and Belgium end route Germany. We stayed in Bopard, Germany.  From Bopard, we did a river cruise down the River Rhine to Rudesheim where we visited a local Weinhaus to sample there Riesling. My travel companion and I ever took a cable car trip over the local vineyards. The view was idyllic. Now doesn’t that sound amazing.  If like me you enjoy coach trips, then you need to know about Coachfinder.

My blogger pal Ronke Adeyemi and I recently attended the launch of Coachfinder. Coachfinder is a consumer travel tool ‘o give travel-goers access to the UK’s largest network of more than 700 operators. It will be quicker and easier for customers to hire a coach for group travel, including: sporting events, weddings, social trips, school outings and more.  In attendance was Brand Ambassador Brendan Sheerin, of reality TV fame, “Coach Trip”, along with fellow influencers as well as past “Coach Trip” contestants.

I couldn’t think of a better Ambassador than Brendan Sheerin. He’s is a Yorkshire lad born and bred who began work in the travel industry back in the 1970’s. Brendan has travelled extensively throughout the world including Australasia, the Americas, South East Asia, parts of Africa and nearly all of Europe. He has presented “Coach Trip” since it first aired on Channel 4 in 2005. Brendan has since presented 17 series of the popular programme, the most recent being aired on E4 in February 2018. 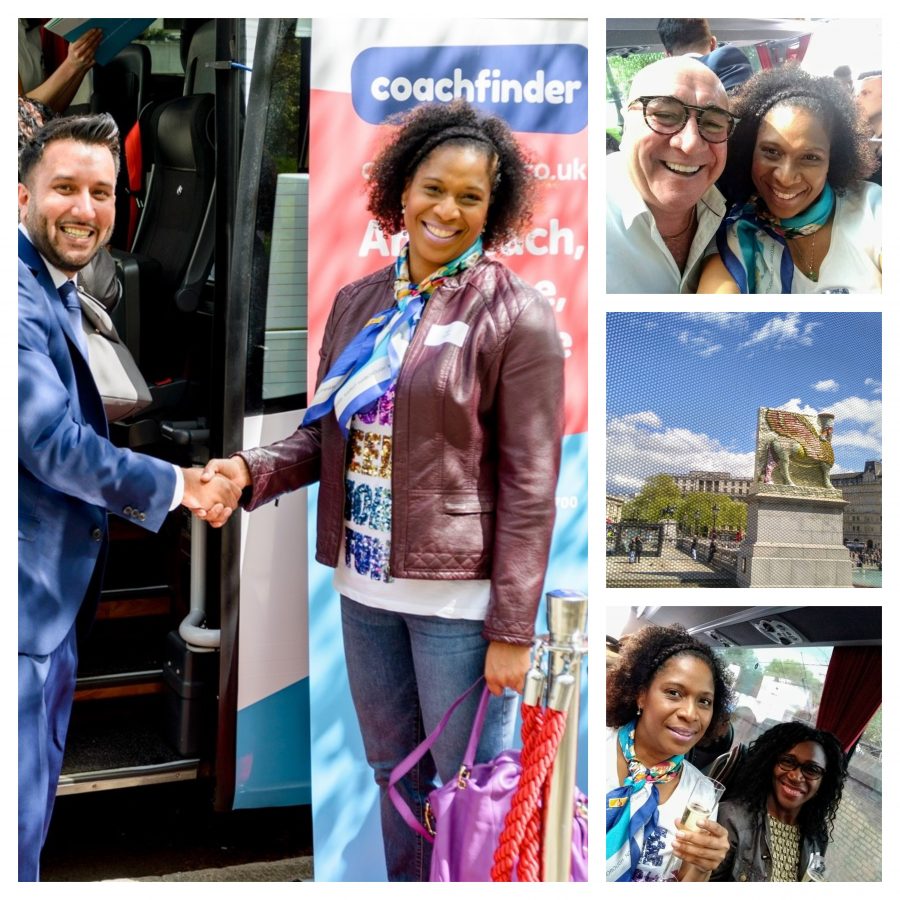 The press event included a tour around London with the charming Brendan. We had champagne and a packed launch, while he shared stories from “Coach Trip” and give tips on travelling by coach. It was a gorgeous clear sunny day which is the best way to see London. We passed by Buckingham Palace where Brendan informed us, if the Union Jack is flying that means The Queen is not in residence. Did you know that? Because I didn’t. We also passed by Trafalgar Square where I spied the new installation on the 4th plinth. It is the work of Michael Rakowitz. The installation is of the mythological beast that guarded Assyrian city of Nineveh (a lamassu) is a recreation of the original destroyed by Isis in Mosul in 2015. The work is entitled ‘The Invisible Enemy Should Not Exist’.

How does it work?

“Travelling by coach can be great fun. I’m delighted to be partnering with Coachfinder to launch this new website and raise the profile of coaching in the UK,” said Brendan.

Coachfinder will allow users to search for coaches ‘based on their journey dates, passenger numbers, location/destination and vehicle specification. The Coachfinder network includes a wide choice of vehicles, with everything from minibuses through to corporate standard and VIP coaches, so there are options for every occasion.’ The website will generate a recommended coach for the journey, together with several alternative options including cheaper and higher spec alternatives. There is also an instant booking and online payment function. Travellers will initially be able to complete their booking using PayPal. More options will be added later on.

For more information or to book a trip, visit the Coachfinder website.