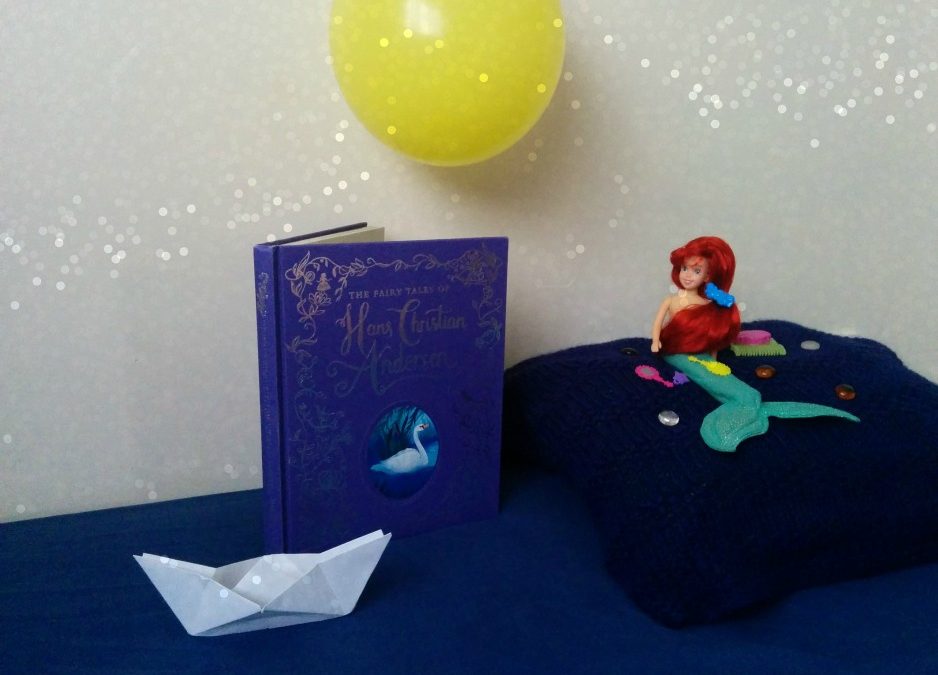 I still remember crying my eyes out as a child, after seeing an animated show on The Ugly Duckling.  I didn’t cope well after The Little Mermaid either. I’m a hopeless romantic. I prefer happy endings. As single expat while on a weekend break in Copenhagen, it was a must to visit the Little Mermaid statue down by Langelinje Pier. While I’ve enjoyed tales of Hans Christian Andersen, I’m not familiar with all of them. It was with great pleasure I agreed to review a copy his tales retold by Mandy Archer published by Parragon Books. I wanted to enjoy the stories again but with my children. I was curious to know how they would interpret the stories, some of which they know via Disney. The Fairy Tales of Hans Christian Andersen is an elegantly produced book that could have pride of place on a little girls’ or boys’ book shelf.

I would say that The Fairy Tales of Hans Christian Andersen is best suited for the 5+ years. Although I read it to Angelo and Valentina who are slightly younger but I read each story in parts. We are still making our way through the book but I felt we had read enough to gage if the kids were happy with the book. I have read three out of the eight story compilation. I let each child choice a story. The look an illustration then select the one they wanted to hear. Angelo chose: ‘The Princess and the Pea’ and ‘The Little Mermaid’. Both children enjoyed hearing about the places the prince travelled to to find a bride, only for the ‘true’ princess to come to his door in the middle of a storm. They noted the difference in the architecture and speech marks. Angelo wasn’t happy with the ending of ‘The Little Mermaid’. He thought it was silly because it didn’t end like the Disney film. He got a bit grumpy and emotional. I explained that Disney changed the ending so little children would not be sad. I confess I don’t know the real reason for the change in ending but that was the best explanation I could come up with for him. Valentina liked the illustrations. She thought the sea witch’s lair was scary. She didn’t like the sea snakes. Then Valentina selected ‘The Steadfast Solider’. This story made me think of an olden day Toy Story. It’s not a story I’ve heard before. Some of the toys, like a Jack in the Box, Angelo and Valentina has never seen. They were curious about the after hours play-time amongst the toys. They both liked the ballerina but beyond that the story didn’t capture their attention. I plan to read. ‘The Fir Tree’ next. It’s another Andersen story that I don’t know. It would be lovely to discover that story with my children.  There is a balanced mix of tales that boys will enjoy and girls will enjoy. Tales of romance, love, friendship, adventure and more. The tale of ‘The Nightingale’ is enchanting and exotic with bright colourful illustrations by Ada Pianura.

The Fairy Tales of Hans Christian Andersen will be enjoyed by young and old. Its striking illustration and elegant binding would make it a perfect gift for young book lover. Each tale is beautifully illustrated by a different illustrator using different styles but as whole is there a  synergy to the complication.

The Fairy Tales of Hans Christian Andersen can be purchased via Amazon or via the Parragon website.

Please note, this is not a sponsored post. The books were supplied by the publisher for the purpose of this review. They have no influence over this review or the content of the blog.