Tales of the Full Moon: a product review 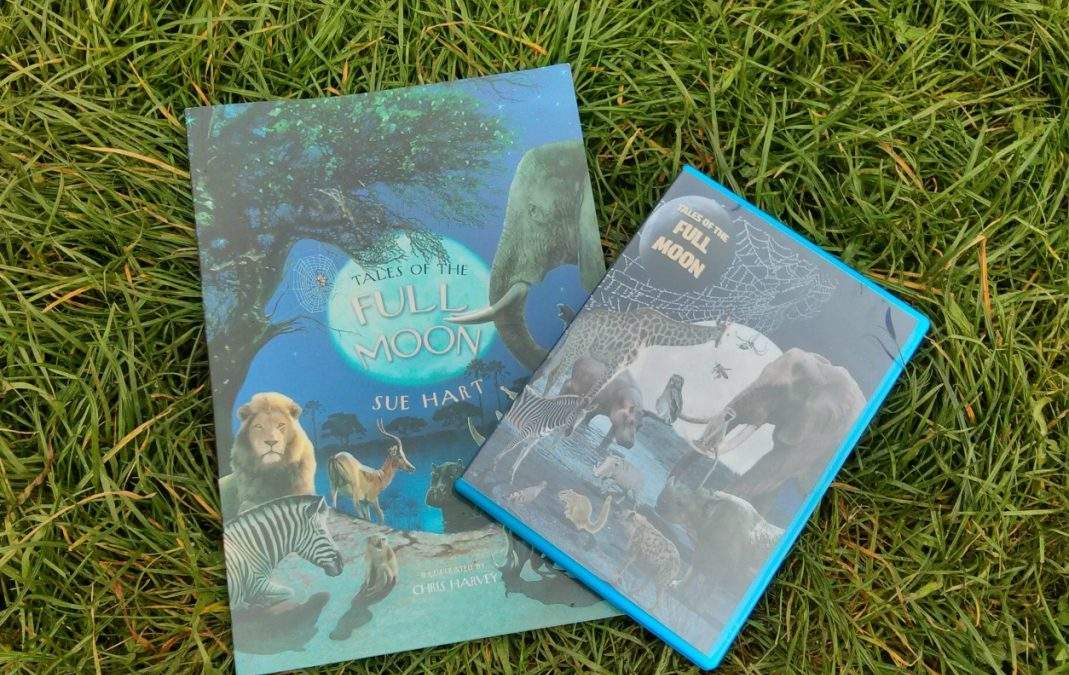 Some time ago, I received a DVD and book with the ‘Tales of the Full Moon’ for the purpose of reviewing the content. As much as I wanted to get into it straight away, we were in the midst of packing to move house and this material is not one to rush. I’ve finally had a chance to begin using the materials with Angelo and Valentina with good results

As for me, from the introduction I fell in love with little Spinosa, the spider story-teller.  She reminds me of Anancy the spider. Children in the Caribbean are told stories of the crafty spider Anancy to teach us moral life lessons. Anancy came to us via our West African forefathers who arrived on the islands during Slavery. Unlike Anancy, Spinosa isn’t a trickster. She spins her web of tales to educate us about circle of life in the African Bush. Spinosa’s ‘Tales of the Full Moon’ is sure to entertain and educate all in the family and is a good investment into the future.

Tales of the Full Moon

At first, I introduced Angelo to the ‘Tales of the Full Moon’ via the paperback book. He thoroughly enjoys story time. Initially he liked the idea of being told stories about animals, especially, as the images were so captivating and true to life. However, his attention soon waned. It’s understandable he’s only three years old.  I later tried the promotional DVD with the selection of short movies. The films really bring life Spinosa’s tales!  Angelo loved the music and seeing the animals. It was really sweet listening to him try to recreate some of the animal sounds. He’s currently at the stage where he asks a lot of questions. I think it’s an excellent time to tap into his curiosity and engage him in learning more about the animals he loves. Oh the questions about the lions and the crocodiles. What are they doing? Where are they? His attempts to count the hippos in the water, it was all good fun! He did think some of the animals were scary, for example the warthog.  He asked me to find another story at one point. So we jumped from ‘Rumble Drum to the Rescue’ to ‘Merlin Monkey Learns a Lesson’. Most children adore a cheeky monkey. He was happy with that. Valentina (who’s 15 months) was mesmerised by the animals in action and insisted on telling them “Hello”. One of the few words she says clearly. For their age and stage the films are better. The African bush scenes will keep the attention of little ones. However, as the children grow move into another development stage the films, stories and online activities will take on new meaning and importance. I learned more about how the animals rely on each other and how their actions of one animal impacts on that of another. You get a real sense of community and social responsibly from the tales. As a family we will continue to slowly make our way through these delightful and lovingly told tales.

‘Tales of the Full Moon’ was produced by Planet Afryca which is an online digital publisher of educational, entertaining and interactive media for children (and adults!). The website offers access to a range short films, apps, audio books and an e-book based on the ‘Tales of the Full Moon’ a collection of short stories written by renowned African wildlife educator and vet, Dr Sue Hart, out of her desire to educate children about the wisdom and beauty of nature. Sue firmly believed that the key to preserving the future wellbeing of the natural world is in the education of tomorrow adults.  This belief led her to found Planet Afryca with her friend and business partner, Rowena Paxton.

The materials available on Planet Afryca are intended to be used together as a fun educational tool, so children can read a little, watch the films and play the games. The e-book for example includes 44 weblinks which serve to really bring the stories to life by introducing the characters and the sights and sounds of their habitat. Unfortunately the app is only available for download and use on apple products. The e-book on the other hand is available on Kindle Fire and Kobo and the short films are available on Vimeo.

For more information on Planet Afryca and ‘Tales of the Full Moon’ as well as all the learning applications,  please visit the website. You can also get social and follow then on Twitter as well as on Facebook.