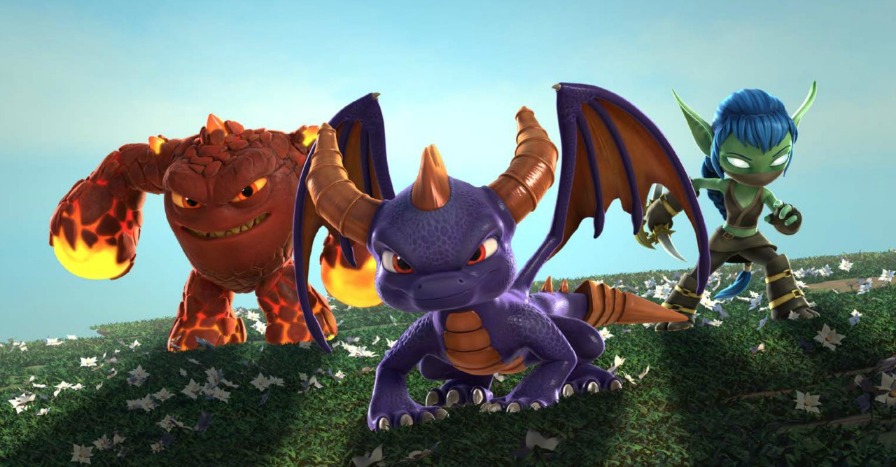 Back in the Spring Angelo, Master B and I attended the launch of Skylanders Imaginators. It was a spectacular affair. At that moment, Angelo feel in love with his first game. His dad has bought him games in the past. He played them for a while, but seemed more like he felt obliged to. I think the magical nature of Skylanders and lush colours captured his imagination. I knew he would prefer a game where he had the power to create his own hero as with the Imaginators. It’s now autumn and the game has been out just over a week, then Activision Blizzard Studios launched the Skylanders Academy show. Skylanders Academy will be exclusive to Netflix.

What Can Fans Expect?

As a family we are SUPER fans of Netflix put that together with Skylanders,  well let’s just say I’ve earned many brownie points for taking Angelo to the launch event. We attended private screening at the Mondrian Hotel, London, along with Hubby, and Angelo’s friend Master S. I think I received the firmest hugs and the most kisses in one sitting from Angelo followed rapturous ‘thank you’. Naturally we will be front and  centre on Friday 28th October when Skylanders Academy airs on Netflix.

Skylanders Academy like the game is aimed at 7-12 year olds. Although based on the first episode we saw there was nothing there that would scare 4 years old Valentina. Each parent will have to judge for themselves. Best of all parents can enjoy the programme too. The animation is amazing, the lushness of the colours just makes you want to enter that cyber world. Not to mention the humour.

There are some inside jokes that only us grownups will get. It’s based on Activision Blizzard’s pioneering video game franchise. The show follows the heroic adventures of Spyro, Eruptor, Stealth Elf, Jet-Vac and Pop Fizz as they travel the vast Skylands universe, protecting it from evil-doers Kaos and the Doom Raiders.

Skylander Academy season 1 will have 13 episodes. The first episode we saw features the evil doer, Kaos, and his side-kick Glumshanks. The series was written by Eric Rodgers of NYPD Blue (1993), Futurama (1999) and Brickleberry (2012) fame.  It stars Justin Long (Dodge Ball) as Spyro, Ashley Tisdale (High School Musical) as Stealth Elf, Jonathan Banks (Breaking Bad) as Eruptor and Norma MacDonald (Saturday Night Live) as Glumshanks. Additional voice talent include such as Susan Sarandon, Daniel Wu, and Vlogger Dan TDM among others.

We can hardly wait for Friday. I’ve promised the kids snacks and a cinematic experience when Skylanders Academy airs on Friday 28th October. Angelo’s favourite character is the dragon hero Spyro. I’m fond of Stealth Elf. Big up girl power, I say! Will you be watching?

Tell us what you think stop by leave a comment or shout us out over on Twitter. You can search hashtag #SkylandersAcademy to follow the conversation.