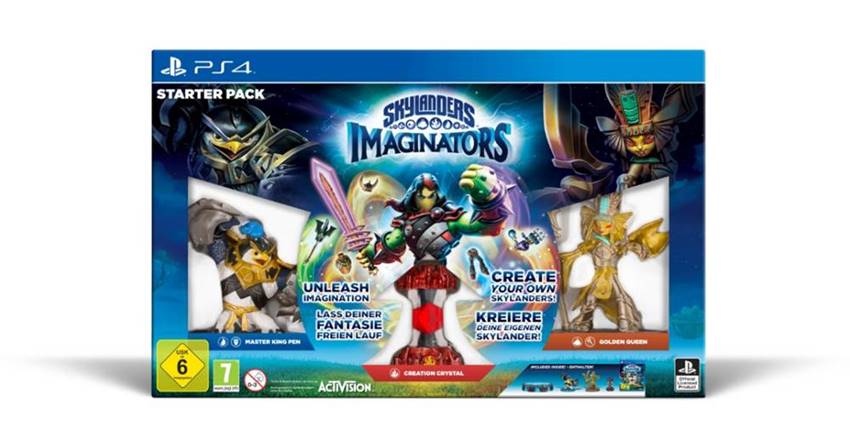 Angelo has been playing Skylanders Imaginators for a few months. He absolutely loves it. I can hardly believe how this game has positively changed the dynamics in our household. At the launch in May, he was so excited and looked forward the release. After we attend the screening of Netflix’s original comedy adventure Skylanders Academy, I earned myself some brownie points. He was in awe. A few days later our PS3 Skylanders Imaginators starter kit arrived. It was like Christmas morning pandemonium, when he and Valentina unboxed it. According to Angelo, Skylanders Imaginators is magical.

The USP of Imaginators is the ability for players (portal masters) to create their own Skylanders using the Imaginite Creation Crystal. As the story goes, ‘Long ago the Ancient Portal Masters used a mysterious power known as Mind Magic to create all of Skylands. The thoughts behind every creation were then harnessed within powerful crystals. With Skylands in danger of being overtaken it’s up to new ‘.

There are 10 creation crystals each posing an elemental power such as: water, life, magic and tech. Each crystal has its own unique design which represents it’s power. The Creation Crystal allows players to customise the appearance, powers, abilities, names, catchphrases, musical themes and much more. Once the Skylanders Imaginator has been created it can be used to stop Kaos and his evil Doomlanders.

It’s easy to see why Skylanders Imaginators was awarded Best Family Game 2016 award. Hubby is ole school gamer. When the kids were younger he pretty much gave up that past time. Enter Skylanders.

Skylanders Imaginators is a 7+ years game, so Hubby has been assisting Angelo with the tricky parts (i.e. moving from one stage to another). Untill now, father and son didn’t have a connection in terms of recreational interest. Angelo loves magic, fantasy, books, crafts and the like.  None of which his dad has any interest, but Skylanders Imaginators has harnessed all those elements put it into a game! Ta Dah! Now the ‘boys’ have a world they can link up in.

Us ‘girls’, Valentina and I are happy to be the sidekicks. We watch. Valentina enjoys assisting Angelo to select and swap his Skylander figures during the game. They both like the glowing feature of portal. They like the idea of magic and Imaginators gives them that illusion.

Angelo has created two Skylanders  Imaginators with his Creation Crystals so far. He used the fire element to create his first hero, self-titled, Angelo. Then he created Watersmasher using a water element Creation Crystal. Once the Skylander has been created it’s saved to the crystal, which means that Skylanders Imaginator can be used over and over again. It can also be tweaked and updated with new or additional powers as players earn points. I’m pleased to see Angelo getting into his game. 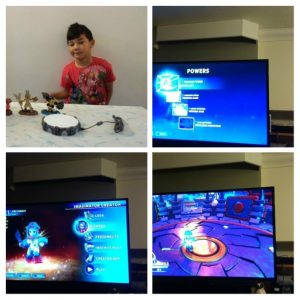 Playing Skylanders has made him more resilient, persistent and willing to ask for help. I’m all for anything that allows him to use his creativity positively. The ‘catch’ is, it can be addictive, however from the onset we set his screen time. We have no problems getting him off when the time is up.

The Skylanders Imaginators Starter Pack is available on Xbox 360™ and Xbox One™ video game and entertainment systems from Microsoft, PlayStation® 3 and PlayStation® 4 computer entertainment systems, Nintendo’s Wii U™ system.  Skylanders Imaginators supports all 300+ Skylanders from previous games. Starter pack RRP £50 prices may vary.  Angelo is still playing and learning to move from up the levels.