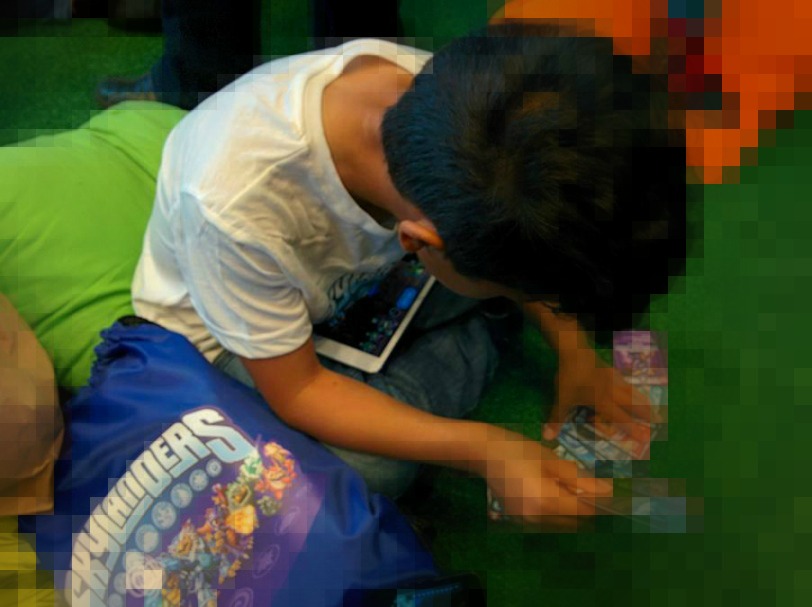 Six weeks ago Angelo and I attended the launch of Skylanders Imaginators. It was a fun swanky affair. We received some Battlecast cards in our goodie bag. Angelo was thrilled to have been gifted them. He’s enjoys collecting things. As a rule, the kids don’t play video games every day. It’s a treat from time to time. As a result we have only just begun to experiment with the Battlcast game. I’m not a natural gamer, so the first thing that struck me was the level of hand-eye co-ordination and concentration I needed to play the game well. I thoroughly enjoyed it. The kids and I love of magic, sparkle, fantasy and a bit of fight, Skylanders Battlecast game packs a punch.

Skylanders Battlecast was launched in spring this year.  Along with the free downloadable mobile app, fans can now purchase physical cards. Best of all the app allows the cards to come to alive and be used in the game! You must play the introductory tutorial to get the hang of the game before the option of the ‘cards to life’ becomes available.

Angelo and I looked at a few YouTube videos but the ones we found didn’t clearly explain that. Together he and I completed the recommended introductory games. Then I thought I’d practice on my own. I played from my google nexus 5 phone. I praticed as a five years old player, in the hope it wouldn’t through anything too difficult at me. I got to level 4, before I  found the video below:

We have not explored the ‘cards go life’ option of the game yet. I was having so much fun. Did I mention that it can be addictive and a bit escapist? I say that not as a criticism,thought.  As someone who thinks way too, I relish calming my mind and focusing on one thing ONLY.  I shamefully admit I left Angelo out for a bit but I plan to explore of that option of the game with him. I can hardly wait to see his little face! Players don’t need the physical cards to start.

Apart from the cards alive option, players can collect over 300 character, Spell, Gear, and Relic cards; battle with their favourite Skylanders and level up each card to make an unstoppable deck. Players can select single player game which offers the following:

Alternatively players can play go for multiplayer online and receive the following:

In order to safe guard your cards, don’t take pictures of them and share it on social media. A pack of 22 cards cost roughly RRP £9.99 from big toys stores. Check out this promotional video that also give to give you a flavour of the thrills in store you.

Visit the Skylanders Website to find out their other products. Game on!