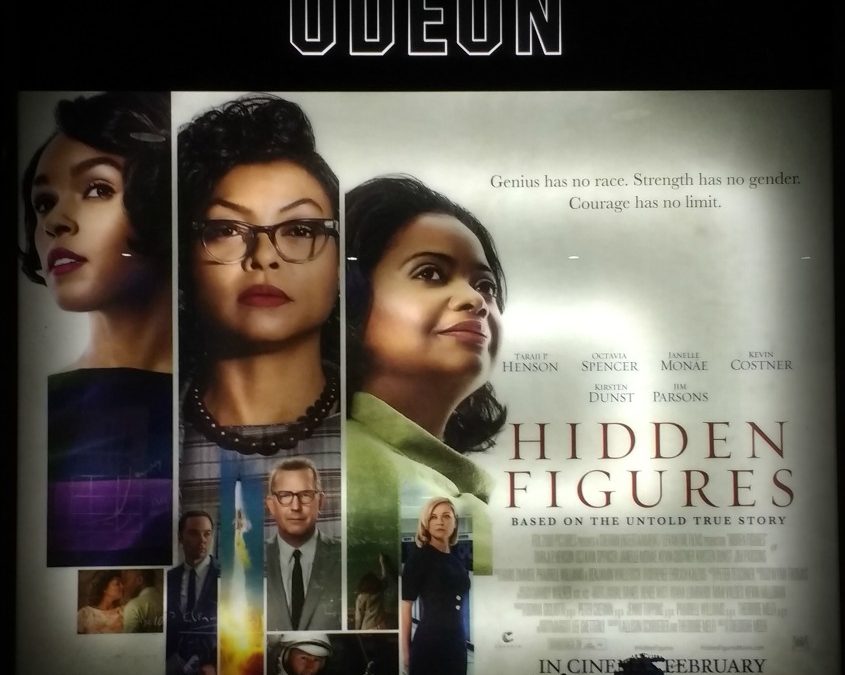 Thanks to the partnership between EDF Energy and 20th Century Fox, I had the opportunity to attend a screening of the film Hidden Figures. EDF Energy currently has a programme for teenage girls called Pretty Curious which ‘aims to inspire teenage girls to imagine a future where they use STEM – science, technology, engineering and maths – to help make a difference.’ The programme’s activities ‘address the reasons girls are being put off’. EDF Energy were promoting the film because it’s in keeping with Pretty Curious’ aim to show the opportunities that women who work and excel in STEM can have. Late one evening I spotted a tweet from EDF Energy about the screening, which I shared with friends and followers. I visited EDF’s website and applied for tickets to see the film at Oden Wimbledon. Two of my friends also acquired tickets to attend with their daughters. From Maidstone, Carshalton and Kingston, we converged in Wimbledon. Hidden Figures is an inspirational, uplifting, thought-provoking film that will open up a dialogue between generations.

Hidden Figures is a 12A film. However, my girlfriends attending with their 10 year old daughters. While there are a couple of romantic imitate scenes there’s no nudity. The entire film had a sense of elegance and integrity. it was well acted. I think parents and carers need only consider the themes of the film and whether or not younger children would understand or are ready for such a film. Nonetheless, it creates an excellent opportunity to open a conversation about human rights, race relations and the world we live in. The running time is 2 hrs and 7 mins. It’s based on the book Hidden Figures: The Untold Story of the African American Women Who Helped Win the Space Race by Margot Lee Shetterly and stars; Ted Melfi, Taraji P. Henson, Jim Parsons, Janelle Monáe, Kevin Costner, Octavia Spencer, Kirsten Dunst and Theodore Melfi. The synopsis:

HIDDEN FIGURES is the incredible untold story of Katherine Johnson (Taraji P. Henson), Dorothy Vaughn (Octavia Spencer) and Mary Jackson (Janelle Monae)—brilliant African-American women working at NASA, who served as the brains behind one of the greatest operations in history: the launch of astronaut John Glenn into orbit, a stunning achievement that restored the nation’s confidence, turned around the Space Race, and galvanized the world.  The visionary trio crossed all gender and race lines to inspire generations to dream big.

If you’ve seen the trailer for Hidden Figures but still need a reason to see it, I’ll share six of mine with you:

Hidden Figures will be in cinemas from 17th February in the UK. Go see it and take a friend or two. Be sure to join the conversation search hashtag #hiddenfigures and #prettycurious.