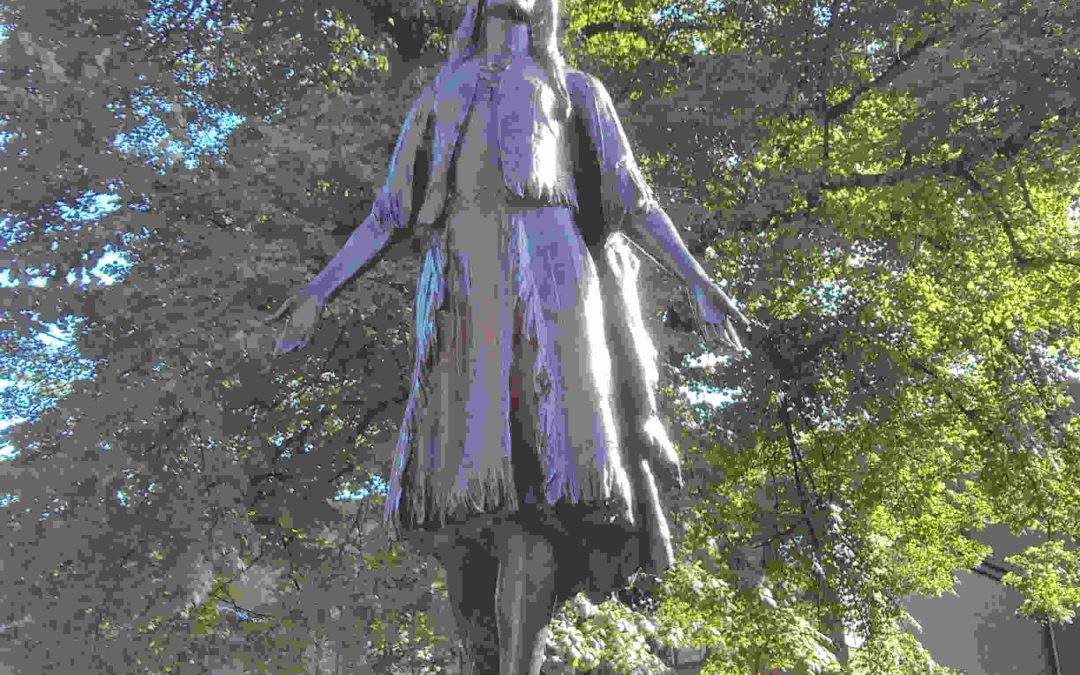 In spite of the fact that Saturday was a lovely day, I would have been happy to stay in doors with the kids. I was so tired due to crap sleep, then again, what’s new? However it was not meant to be. We live in a ground floor flat and the neighbours on either sides of us and above were doing home improvement which involved hammering and drilling. Poor Valentina was beside herself. The drilling noise was scaring her. As soon as hubby got in from work, we bundled into the car and drove to Gravesend for a bit of sightseeing.

A Brief History Of Gravesend

‘Gravesend is a town in Northwest Kent. Stone Age implements have been found in the area, as has the evidence of an Iron Age settlement at nearby Springhead. Extensive Roman remains have been found nearby, at Vagniacae (Springhead); and Gravesend lies immediately to the north of their road connecting London with the east Kent coast – now called Watling Street. Domesday Book recorded mills, hythes, and fisheries here.’

What We Did At Gravesend

Because the kids were still quite young for a long walk, we kept the day easy and spent post of the time at the park. We popped by:

The Pocahontas Connection to Gravesend

In the St. George’s Church yard is where the statue of Pocahontas is located. I enjoyed the Disney film and I wanted see what she really looked like and learn the facts behind the tale. Pocahontas (married name Lady Rebecca Rolfe) was the daughter of a Native American, Powhatan. Powhatan was a Chief ruling over forty Native American tribes.  When she was a small girl Powhatan gave her the nickname of Pocahontas “the playful one” by which she is still known today.
Pocahontas arrived in England in April 1616 with her husband John Rolfe, her son Thomas and Governor Sir Thomas Dale. Sir Thomas Dale brought the Rolfes with him back to England. She spent a year in England and arrived in Gravesend in 1617 hoping to set sail for Virginia. Unfortunately, she became seriously ill just offshore from Gravesend and was hurriedly returned to land where she spent her last few hours. There are varying opinions on what she died from; some say The Plaque some say Tuberculosis. Unfortunately  I only managed to see the statue.
In the end, we didn’t have enough time for me to find out about the heritage trail at the information centre. (The statue is at the start of the Maritime Heritage trail in Gravesend, just in case you want to give it a go.) 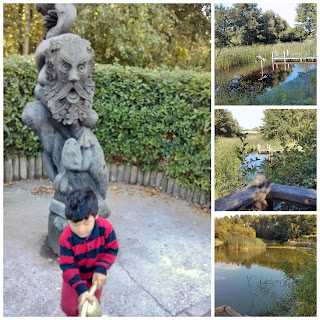 Shorne Woods Country Park is a large ancient woodland site (nearly 300 acres). The land was originally part of the Cobham Hall estate and included the former main entrance and carriage rides of the great house. I thought it would be an excellent place for Angelo to practice riding his tricycle. He straddled his tricycle and sort of walked/shuffled along on it for a bit. Then, he looked ahead saw how much further he had to manoeuvre his tricycle and said ‘too far’ . He promptly got off the tricycle and abandoned it to walk instead.
There is a wide variety of things to do at the park: woodland, way-marked trails, a pond, a sensory garden, a picnic area, a trim trail, a café and much more.  We went to the sensory garden first. Angelo was drawn to the statue of The Green Man. He said it looked like a lion. In fact The Green Man represents the spirit of the trees, and a symbol of fertility. 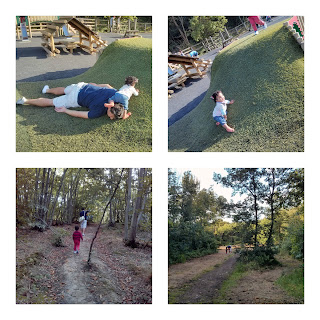 We then walked to the Adventure Playground  area, both Valentina and Angelo had fun there. Valentina tried her best to climb/crawl up a little play hill to meet him but she kept tumbling down. She even used her dad as an obstacle course. From there I took Angelo to see one of the lakes. There were some people angling there but I noticed it had lily pads and as you know by now his favourite book is Come Along Daisy. I thought it would bring the story alive for him to see lily pads like those Daisy bong plopped and sploshed on.
On the way out we almost got lost in the woods, due to hubby following his sense of direction. I should have known not to listen to a city boy. He’s like a fish out of water when it comes to exploring nature. In the end, I I told him I’m not following him any further. I turned around and went back the way we came from because the trees were getting closer together and voices of other patrons could no longer be heard. Angelo was gutted he didn’t see a bear. I told him We Are Going On A Bear Hunt, another of his favourite books. Clearly I learnt nothing from our trip to Hever Castle.
Note to Self: don’t promise the kids anything you can’t deliver on.  Needless to say his mood was not improved when he had a fall and scratched his palm. Which brings me to another note: Do keep a first aid kit in the car in case of emergencies. After cleaning the scratch with an antiseptic hand-wipe, in the end, cuddles and juice made it all better for him.
All in all we had another lovely mini family road trip. Find out about more attractions in Gravesend, visit the town’s website. 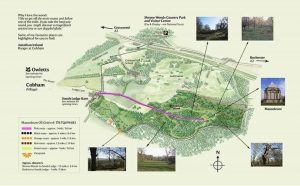