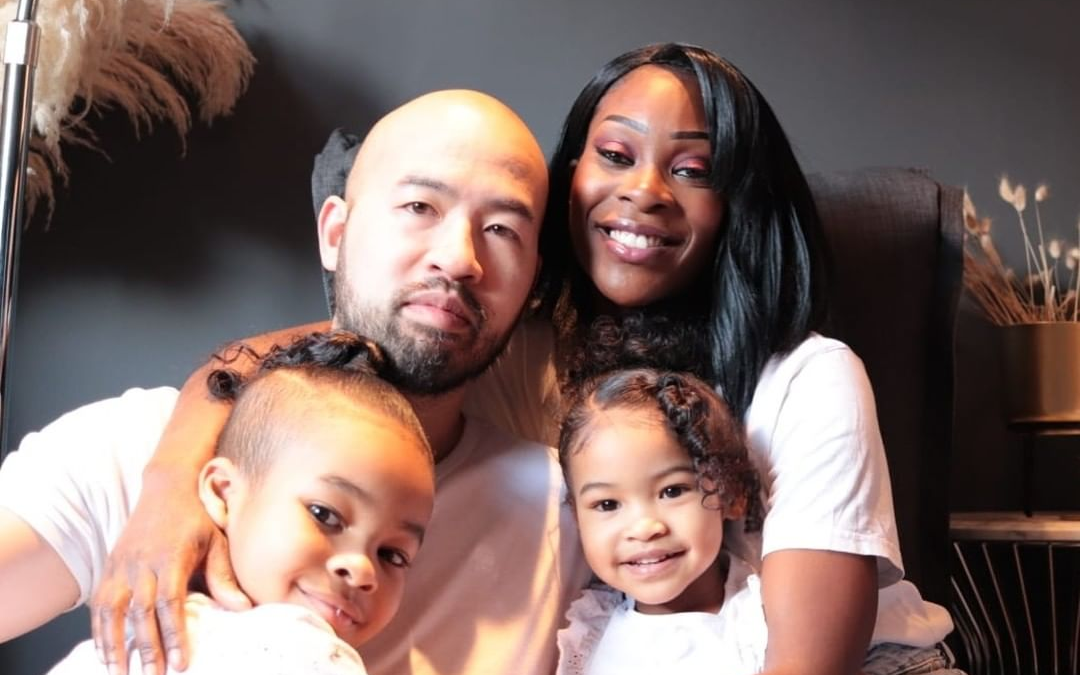 Some months ago, I reached out to the Choi Family to take part in my mixed Heritage Family Life series. As a family with Blasian children like myself, I wondered if there were any similarities between my south England experience to theirs in middle England? This is the Choi Family’s interview.

Tell us a bit about yourselves?

We are the Choi family, a family of four living in a small city in the middle of England. We were all born here apart from Yickman, who was born in Holland and moved here when he was five years old.

We have a son called Isaac who is 7 years old and our daughter Isabella is 2 years old.

What have you learnt about yourselves, since becoming a parents?

We have both learned how precious time is. When it was just the two of us, it felt like we had all of the time in the world. Having children has taught us never to take time for granted again and patience. The kids have taught us about ourselves, because they’re a product of their environment, so what they say and do and how they think, are a reflection on us.  It’s very telling and it challenges us daily to be the best versions of ourselves and be good examples to them.

It has taught us how precious sleep actually is, because Isaac didn’t sleep that well to start off with, so we were sleep-deprived for a good few years! 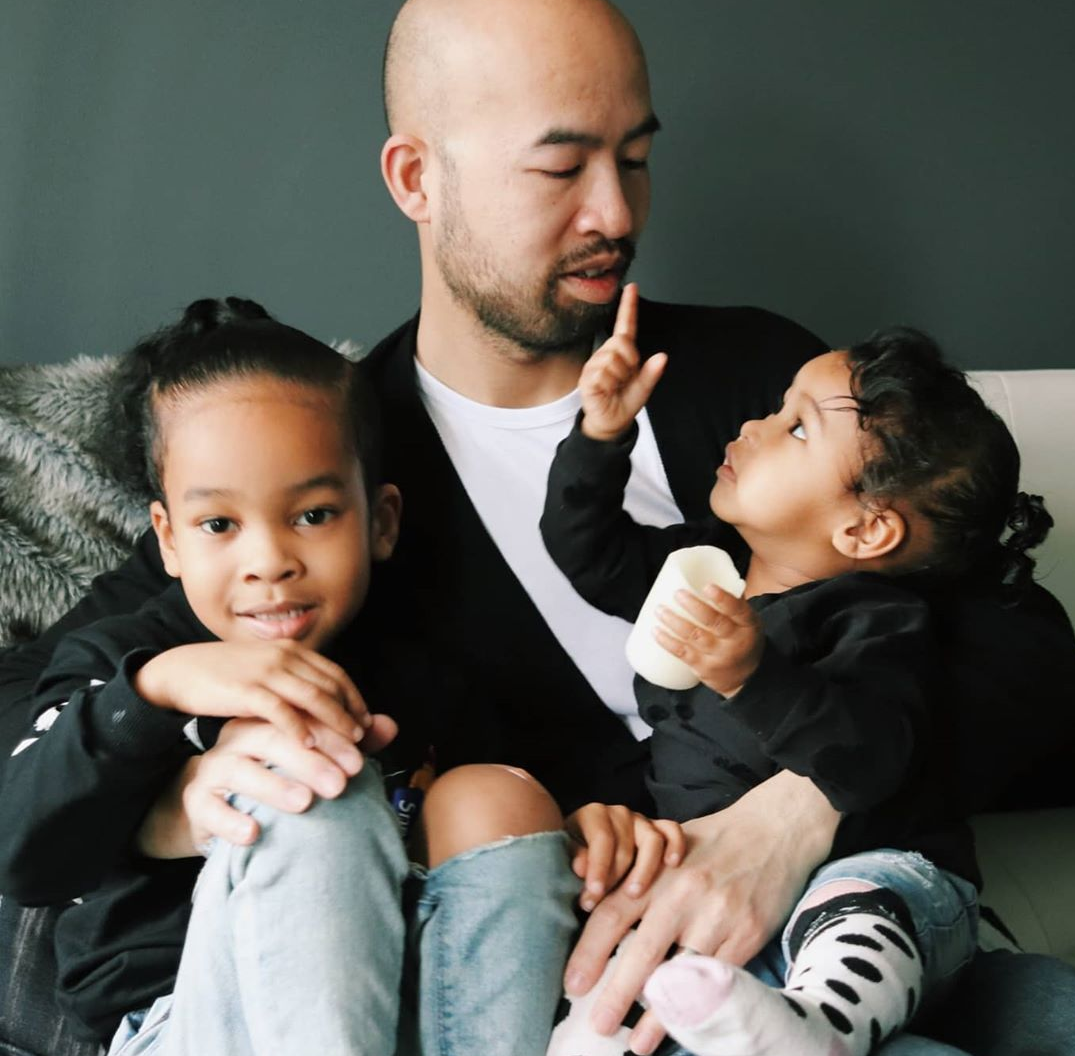 What is the racial mix of your children?

Do your children talk about being mixed? If so, what does it mean to them?

When Isaac was younger we talked to him about race and skin colour. We did this because we knew the topic would come up when he was at school, so we wanted to do everything we could to make sure that he was confident in who he was, his culture, his heritage and the colour of his skin.  We wanted to ensure that we were the first ones to talk to him about this.

Isaac occasionally talks about this now, talking about how much he loves Chinese and Jamaican culture and food as well as how happy he is to be a combination of the two cultures. He loves the curly texture of his hair, the colour of his skin and we are happy that he understands that he is not ‘less than’ anybody else.

We plan to go through the same thing with Isabella once she is a bit older but have started with things such as positive affirmations from day 1!

What’s it like raising mixed race children in England, in your experience?

Raising children of mixed cultural heritage has been a great experience, as from the offset they have a more wider cultural view of the world they live in, being bilingual which we believe is very important and we believe that they will have less racial biases due to their upbringing.  Most people we have come across in England have been very nice and complimenting. They have mostly been intrigued by our children being Black and Chinese, because this combination is still relatively rare in England.

We get quite a lot of looks walking in the street but it’s mostly all positive. Most of the negativity has come from the older generation of people or those who have recently immigrated to England, making comments such as the kids are beautiful because their skin is light and their hair was quite straight.

Do you ‘celebrate’ all your family’s heritage in your daily life? If so, how?

We celebrate our cultures and heritage and expose our children to it in day to day life, including cooking and eating food from our countries, watching Chinese films and films with Black-majority casts, teaching them about famous and inspirational people from both of our cultures and what they have achieved in their lives such as inventors, world changers, scientists, actors etc 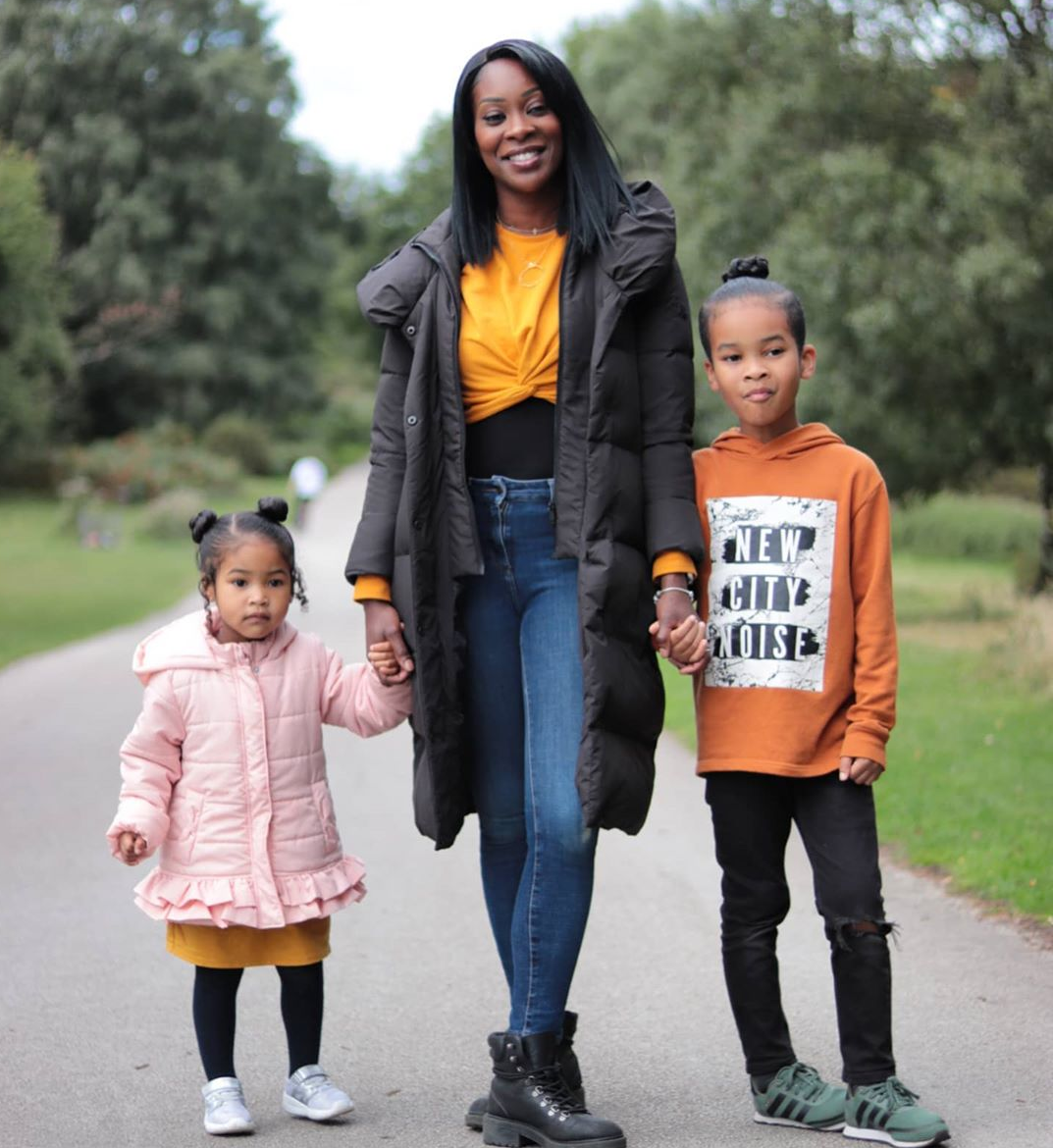 Are any of your fears for your children as they grow older related to their ethnicity? If so, what are they and how do you deal that fear?

For one, we will never move and live in America with the kids. We don’t want them to be endangered with the big race and police brutality issues that they have over there. I wouldn’t say we have worries for them here in the UK. I feel like we’re preparing them enough to be able to overcome any potential issues to do with their ethnicity in the future.

We raise them to not live in fear, knowing that they are not a victim but to be aware of the racial injustices in the world which are unfortunately still very prevalent.

What is your biggest wish for your children?

Our biggest wish for our children is for them to always love God, to show love, kindness and empathy to others and fulfil their destiny’s in their lives.  To be extremely happy and healthy, always have peace in their hearts, have integrity, have good people around them, always aim high, be over achievers and to never be lacking in any areas of their lives.

We would love them to be married to the right person and be very happy and to be blessed with beautiful children. We would love it if they will not be caught up in the rat-race of the western world and always work smart.

I hope you enjoyed Adalaine and Yickman’s interview. Are you a Blasian family in the UK? What has your experience been raising your children? Comment below.