I don’t think of myself as being materialistic but every now and then I like a treat. Treats make the days special and they surly make me cheerful. So, now pulling up the rear on R2BC, here’s why I’m cheerful: 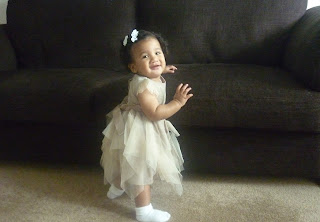 – I found the most delightful champagne coloured dress for Valentina to wear to my mate Chelsea’s birthday party. For months hubby has been saying she looks like a boy and for a while i went against my belief and bought her anything PINK I could find. Well know she’s 8 months old and looking very much a baby girl and so, even though I was meant to be shopping for my outfit, I had to get that cute dress that stole my heart. Better yet, it was on SALE! £7.20 down from £26. Now who doesn’t like a bargain. 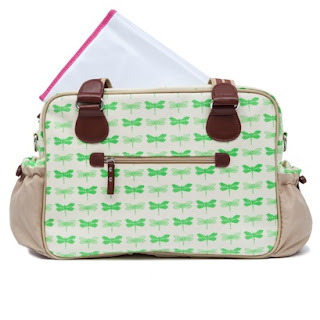 – On the topic of SALE… I finally got teddy to buy me a baby changing bag. After nearly three years of using his second had rucksack, I’d had enough. I get his point the one I wanted was a bit pricey  and we don’t have cash to splash out needlessly. However my brand of chose had sale. Any day now I’ll be the proud owner of a Pink Lining baby changing bag in a dragonfly print, as a homage to Valentina’s Chinese star sign… the water dragon. I think dragonflies I cuter than a scaly green dragon. 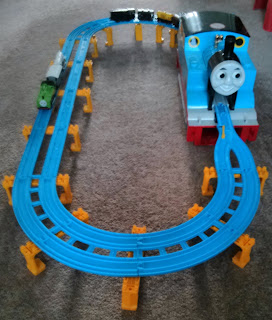 – Angelo is a big Thomas and Friends. Thomas is is favourite of course. Hubby recently bought him a train set on eBay second hand and that toy has given us so many minutes of piece he worth double his weight in gold! While Angelo played I was also treated to his version of Come on Daisy (his favourite book at the moment) along with a few nursery rhymes like Walking in the Jungle. Its true one ‘man’s trash is another man’s treasure’. I’m so pleased as I can see Angelo is able to play on his own.

Now, your turn. Why are you cheerful?