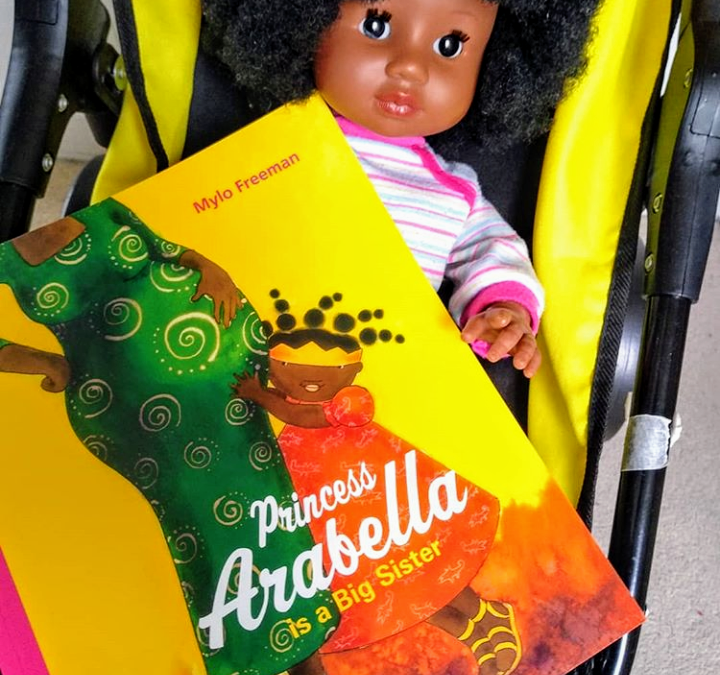 We first met Princess Arabella back in 2016. I bought the books at the Cassava Republic UK Launch, in London. I also met the author Mylo Freeman  and interviewed her for the blog. We fell in love with Princess Arabella’s cheeky spunky personality.  Now, she’s a little bit older and is tired of playing on her own. She wants a sibling but, she’s not sure if she would rather a brother or a sister. New to the Princess Arabella series is Princes Arabella is a Big Sister.

Princess Arabella’s world is bright, colourful and diverse.  Her confident, cheeky personality is a hit with children while stay on the right side of sensible for parent to love her too. She explores her world. While on her adventures she reflects and learns life lessons. 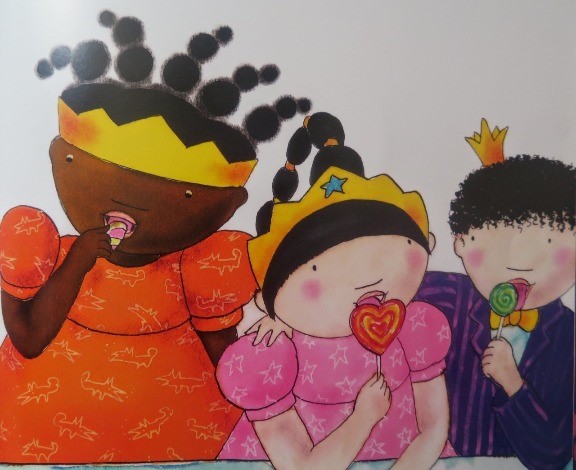 My best bit: I really like how racially inclusive Mylo’s Princess Arabella series is.  We see different races, different cultural modes of dress and the landscape (their homes) are colourful and bright.

Angelo’s and Valentina’s best bit:  They like Princess Arabella’s personality and the illustrations; the colours and textures.

The Princess Arabella series is a good collection of stories for children. The stories are engaging and the illustrations will capture their imagination. Now that Princess Arabella has a little sibling she can help prepare big brothers and big sisters to be. Princes Arabella is a Big Sister retails RRP£6.99. I would say it’s suitable for ages 3+ years.

Princes Arabella is a Big Sister can be bought from the Cassava Republic website and for more information about Mylo’s work check out her website.