Postman Pat: The Movie on Netflix 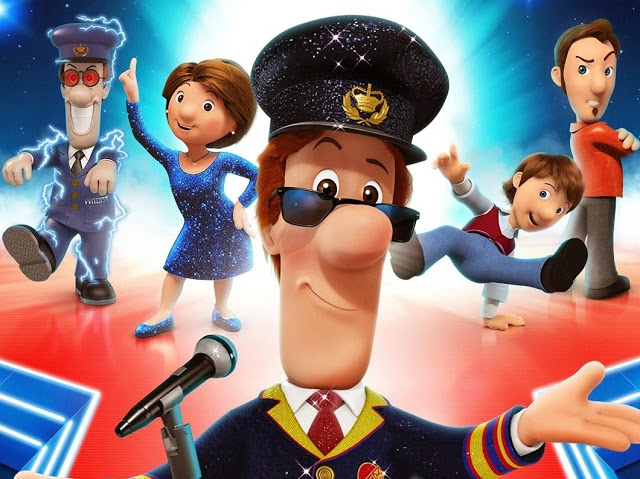 Yesterday was the first day of our Easter holidays. I decided the kids and I would simply stay in JUST CHILL OUT. Angelo is now able to log into Netflix, so he found something that both he and Valentina could watch. While making breakfast I heard the familiar sounds of Postman Pat. I had intended to do house chores after breakfast, I ended up cuddling them to watch Postman Pat: The Movie. The movie gave Postman Pat and his community a big screen makeover with CGI. I quite liked the effect. Die hard Postman Pat traditionalist may not be fond of the movie. Tiny tots may not be able to follow the complicated storyline. Yet still its core, Postman Pat: The Movie has the ole values we admire; ‘it’s the human touch that makes us a family’ (said CEO of the SDS, Mr. Brown).

Postman Pat: The Movie was released spring 2014. The kids were still too young for a cinema experience at the time. After watching the movie on Netflix, I think it would have been a bit confusing for them anyway. In the film, Patrick “Pat” Clifton also known as “Postman Pat” (voiced by Stephen Mangan), wants to take his wife, Sara (voiced by Susan Duerden), on a late honeymoon to Italy. He plans to afford it through a bonus from his employer, the Special Delivery Service (SDS), but their new boss, Edwin Carbunkle (voiced by Peter Woodward), has cancelled all bonuses. He plans to make SDS more efficient by replacing its human workers with robots, thinking that being friendly is a waste of time.* While there are any life lessons in the film I think younger viewers will not grasp, such as: community spirit, pressures of celebrity life, man v machine. I realised halfway through the film Angelo and Valentina became distracted. They began playing with their toys, until I joined them for the last 45 mins. Angelo watched the reminder of the film with me. We loved it! Valentina’s attention dipped in and out. Tiny Tots may find the red-eyed Evil Pat robots scary. Some older viewers may be annoyed by the yet another show about a music contest and overnight celebrity. I quite liked the soundtrack with songs like; Big Time/ Peter Gabriel, I only want to be with you/ Pixie Lott and Lovin Each Day/ Ronan Keating.

Granting Postman Pat: The Movie may be scary and complex tiny tots I found it enjoyable. However, I’d say best suited for 5+. Because I didn’t’ see it from the start, I plan to watch it again. Angelo didn’t moan when I told him I wanted to watch it again, that’s a good sign. If you are a Netflix viewer Postman Pat: The Movie is a heart-warming film to watch over the Easter Break.