When the animated series PJ Mask came on the scene a few years ago, it blew our minds.   Ah mean, how cool was it to have kids in PJs; fighting crime? We were looking forward to the toys, but must of them were the figures were too and the playsets were too young for the kids.  Ang and Val had just missed target age.  New to the franchise is the Ravensburger board game, PJ Masks Team of Heroes. Team of Heroes isn’t like most board games where it’s a chase to the finish line, may the best player win. First of all, the clue is in the name.  It’s about teamwork.  Now, that’s fantastic! PJ Masks Team of Heroes got two thumbs up from The Tiger Tales. 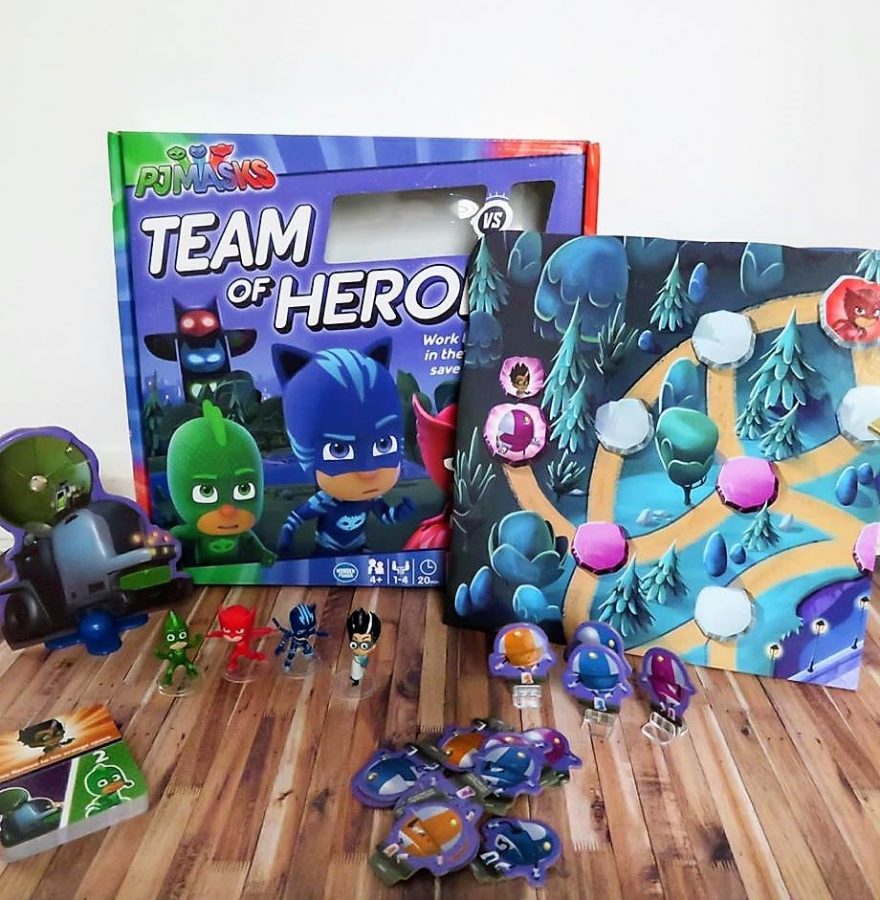 The PJ Masks Team of Heroes

PJ Masks Team of Heroes is geared to 4 + years. The game includes:

Into The Night To Save The Day

The objective of the game is to power down Romeo’s Lab before any robot is placed on the multi-coloured space in front of PJ Mask HQ.  Players must think tactically and work together to complete the mission successfully. Most games teach players to compete because of that we had one false start. It took a few minutes for the kids to come around to that way of thinking. I had to remind them we are a team, no need to hide your playing cards or be upset with the decision another player made.

Off the top of my heard I can’t name any other board game that teaches team work through play. I’m not saying there aren’t any, I just not familiar with any.

A Team of Heroes

It’s a fast moving game which is perfect for younger ones who don’t want to sit playing a game ‘for ages’.   It takes about 20 minutes to end game.  Because it’s so quick, the kids and I played three times in one sitting.

What amazed me most was chatter about the game while we played. As we came to grips with the game’s objective, Ang commented, ‘It’s a fun game. It’s like a spy game.’  Val agreed with him, she said, ‘You have to crack the code.’  I could not have put it better. For that those reasons above, we gave the board game two thumbs up. 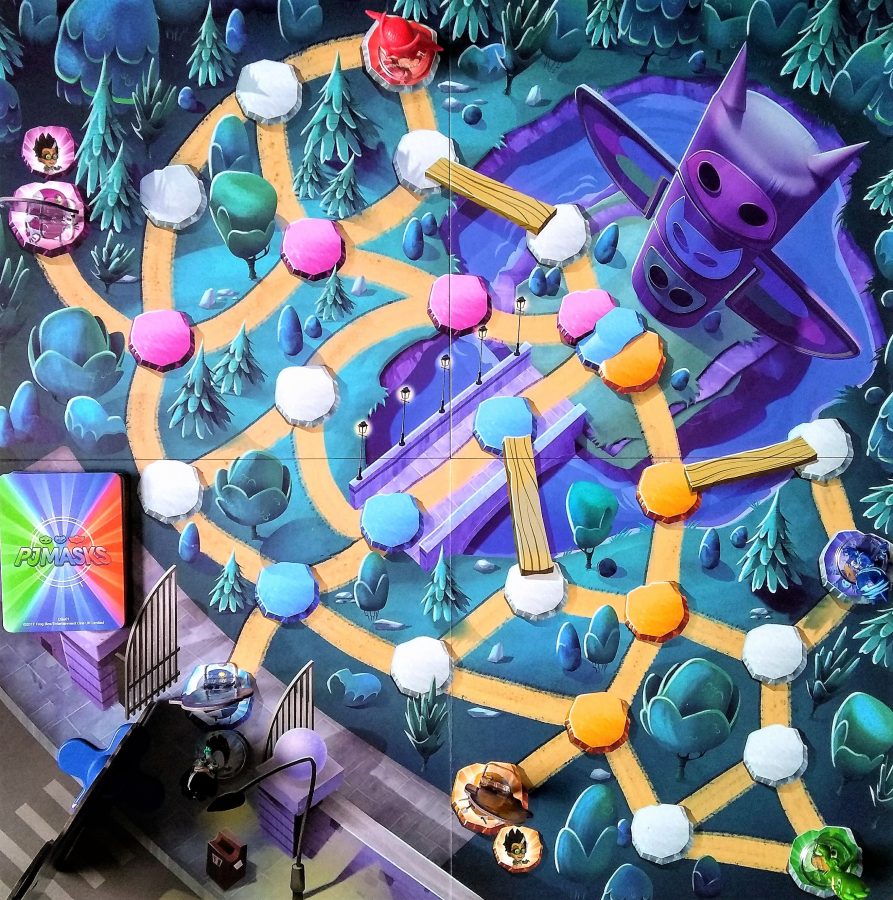 PJ Masks Team of Heroes is an engaging board game that will encourage conversation, collaboration and critical thinking.  The target age is spot on; easy enough for little ones to grasp the concept but stimulating enough to interest older kids, as a result I would recommend it.

The game can be purchased on Amazon for £21.99 Visit the Ravensburger website for further details.