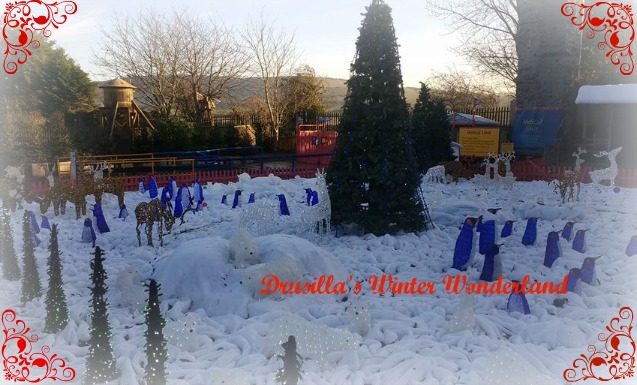 Last Sunday we visited Drusillas Park. The children were excited because they still had fond memories from our summer visit . I was looking forward to the Hello Kitty Secret Garden again. I love those cars! The children wanted to see Santa. We arrived on site around 1 pm. The park had a heart-warming festive vibe. As always staff were lovely. Some of them wore Christmas themed costumes which was a nice touch. We had wonderful afternoon at Drusillas Park Winter Wonderland and the light show brought the evening to a close perfectly.

On arriving at Drusillas. we headed directly to Santa’s Christmas cottage. Apparently, he was getting quite busy. En route we stopped at Hello Kitty’s Secret Garden. It was a must and from there I joined the queue to Santa’s Christmas Cottage. The queue was quite long. Hubby took the kids for a trip on Thomas The Tank Engine. They had a light lunch, visited the Santa’s reindeer Twinkle and Tinsel. Then, Valentina had her face painted at the Hello Kitty Parlour. 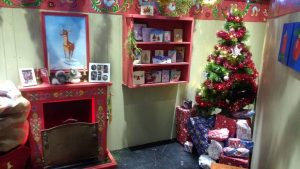 From the conversation in the queue other families did the same. We regrouped to visit Santa. In total, I queued for over an hour.  I was disappointed that we didn’t have chance to see the animals. I think time slots may work better.

may be unavoidable but the wait would be considerably less. Nonetheless, we had a lovely Santa experience.

We met Mrs Claus who chatted a bit to the children then handed us over a friendly elf who took us in to see Santa. He was the best we’ve met to date. I loved his cottage décor too. It was quite cosy and Christmasy as you’d expect.  All children seemed to receive an adorable cuddly Husky toy on a lead.

Parents of younger children may need to brief little ones beforehand that the gift they will receive on the day is not what they would have asked Santa. The elves have to make it, of course. The gift on the day is just a thank you for visiting Santa, this should prevent possible upset. Santa is there daily from 10 am-4:30 pm, until the 23rd December.

The cost to visit Santa, £11 per child, which will be separate to the park entry price. 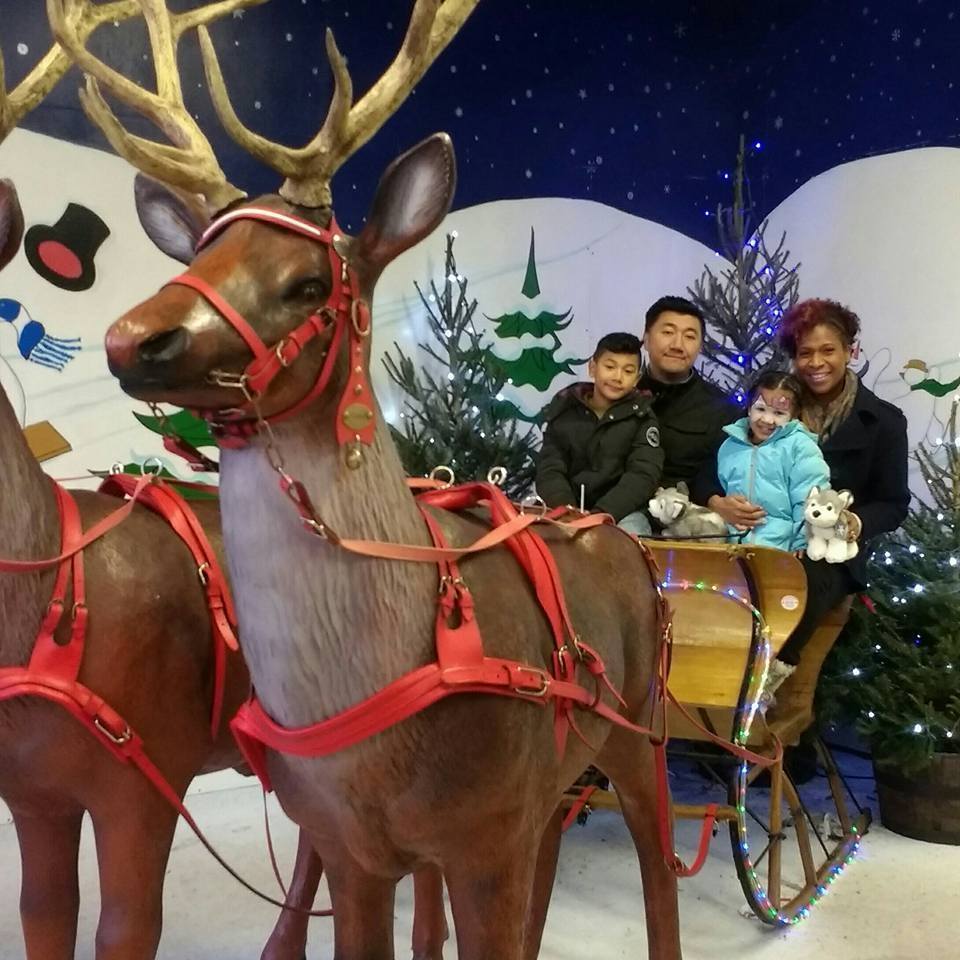 The Ice Cave At Drusillas Park

After visiting Santa the kids and I queued to see the Huskies in their ‘Ice Cave’. I think we waited maybe 10-15 mins max. The ‘Ice Cave’ has so pretty with the white lights and white Christmas trees. We were greeted by the Husky’s keepers who were dressed in what seemed to me to be Russian costumes. 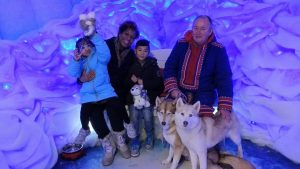 Both huskies were to gorgeous females. We had out photos taken with them and our own cuddly huskies, Shy and Shia, as the children had named their new cuddly friends.

The huskies are not there every day. It’s advisable to check Drusillas website see the selected dates.

Other Attractions At Drusillas Park

After our visit to the Huskies, we went into the Eden’s Eye Maze. Valentina found it scary,so, we all had one last car ride in a Hello Kitty motor. We got into place for the 4:30 Winter Wonderland Illuminations which was in the picnic area. It was a dazzling display where the lights were synchronised to music. The cute arctic creatures all lit up, some of them even moved little. The polar bears were my favourite. 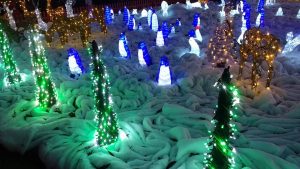 The children enjoyed the music and the lights. In fact the light show was the highlight of their visit. You can’t go wrong sparkle, lights and music!

Goodbye to Thomas The Tank Engine

FYI to Thomas fans, this will be your last chance to see the lovable Thank Engine. He will not be returning to the park in 2017. From March 2017 there will be an African themed Safari Express Train . 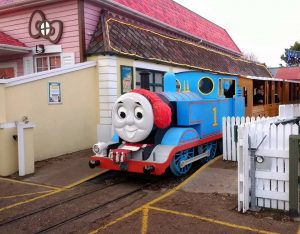 There will also be new rides situated where the Explorers Lagoon used to be.

Tickets for a family of four on a weekend, if you buy online will cost around £64, add £11 per child to visit Santa. Visiting the Huskies and the light show are included in the entry fee.

It’s not cheap but its an affordable festive family day, there’s something for everyone.

Plan Your Visit To Drusillas Park

Plan your day well, go early, then you can explore:

Then, head over to experience picnic area to see Santa s or just hang with the huskies and reindeer. While there you can also purchase extra special Christmas gift vouchers for the budding conservationist or zoo keeper that you know.

This post is in partnership with Drusilla’s Park, who provided with the entry tickets, as well as tickets to visit Santa.