On Femininity: in conversation with my son 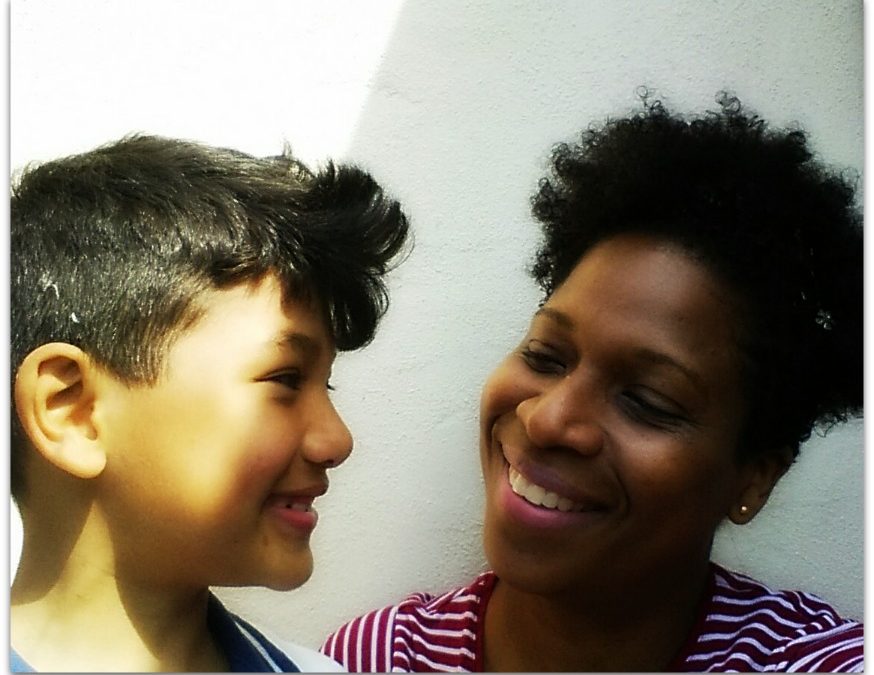 Recently, I was trialling BIC Kids’ Drawy Book with my kids. On one occasion Angelo and I were colouring together. He said to me, ‘mum I’m making this one a girl, there are no girls’. He was referring to the group of aliens we were colouring. Honestly it never crossed my mind, that the aliens illustrated were masculine or feminine. Actually, I’ve really thought of sex or gender when it came to aliens on TV or otherwise. Naturally, I was curious to see how my son was going to transform the alien illustration into a girl.

I looked at what he had done to the illustration, suddenly it had long curled eyelashes. Indeed, to my eyes it did suddenly look feminine. Then he said ‘I’ll colour her pink’. I asked him, ‘do you think pink is a girlie colour?’ He said ‘yes and purple too’ Again, I’d  never considered purple as a girlie colour. However it brought to mind, when Hubby and I were trying to select a buggy for bump number 1 (Angelo). I was fond of a purple one but he declared that purple was for girls. As we didn’t know the sex of our child we went for something neutral, black.  Five years later my son is sat next to me telling that purple is for girls. His little brain every working and processing, he suddenly caught himself, ‘well anyone can wear any colour. Its likely that he remembered he’s fond of pink and sometimes purple. By the end of our colouring session, I realised my son thought long eye lashes and the colours pink and purple could indicate femininity. I’m perhaps toy ads inform his opinion, and perhaps unthinking his dad and I must have supported that notion. We have since learnt to be more considerate in our responses to certain things. By our words and our actions we are assisting in the formation of our kids’ world view. I was amazed and impressed that he noticed such a fine detail as eyelashes (no, I don’t were false eyelashes but I do wear mascara from time to time). I didn’t press with any additional questions I didn’t want to take away from our ‘carefree’ chatter.

Do you talk about sex and gender in with your kids What have you discovered in conversation with with them? This generation are growing up in an age were the term gender-fluidity is being used more and more. More fashion labels are creating unisex clothing. I’m seems to me that in Trinidad and possibly other islands in the Caribbean, there is still fixed idea of what’s feminine and what’s masculine. There are set socially acceptable notions of what’s for girls and what’s boys. I think so based on what I’ve read and conversations that I’m privy to within my network. Personally, I’m torn between what I’ve  been conditioned to believe from my West Indian upbringing and what I’m learning from wider world and my children. What do you think makes you a man? What makes you a woman? I’d love to hear from you. I heard some where that in the olden days blue was the chosen colour for boys because of the celestial connotation and pink for girls to signify being of the earth. Is that still true today?