New Home New Garden: where we are now 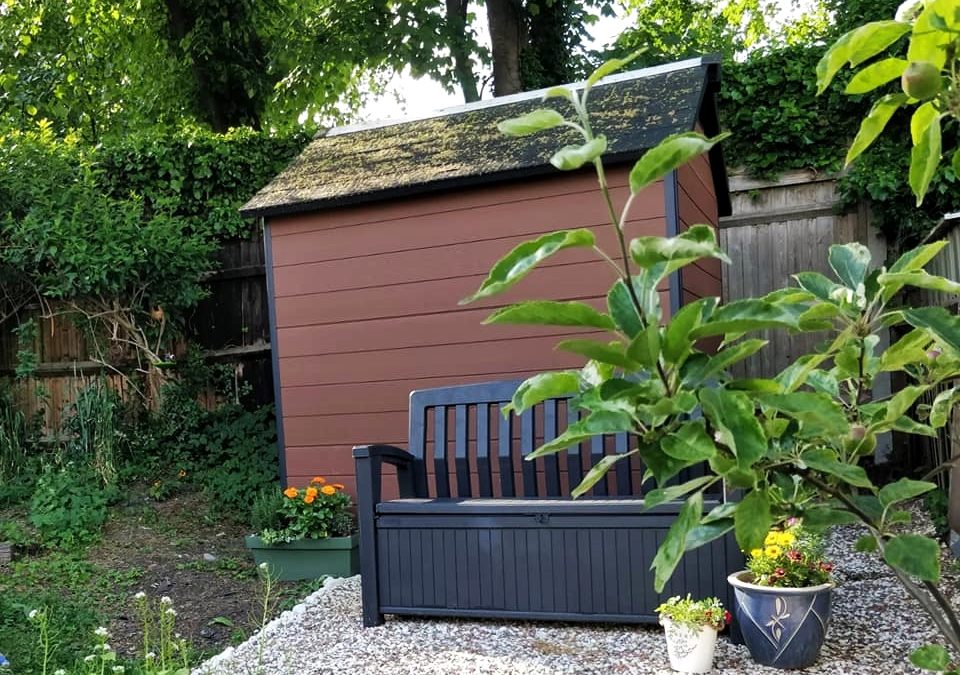 We moved into our current home during lockdown June 2021. During that time, house hunters needed to have a mortgage in principle to view houses and the numbers of people viewing at a time was limited. We saw the house once before agreeing to put an offer. The four main selling points of was: three bedrooms, bigger garden, lovely tree lined street and accessible shops. On the day we moved in, some things were not as we remembered, still no regrets we loved our new home. One of the ‘big surprises’ was the garden. We had more trees than we realised and a dilapidated shed on the rear right side. On the rear left, it was an over-grown with bramble and ornamental grass. July of the same year we had the over-growth cleared, now in 2022 we are tackling the shed and area around it.

After reading up on the pros and cons of the various landscaping options, we settled on gravel. Hubby and I know very little about gardening, so we always go for the easiest option … that’s as environmentally friendly as possible. Our makeshift palette planter was relocated, the area was cleared  overgrown weeds and flattened it as much as possible. Then, the area was covered with weed suppressant material. On top the material we spread sand (you can miss this stage) flattened some more. Finally, the landscaping gravel was spread on and boarded with larger white stones.

All items were purchased at B&Q but you can find them in gardening centres as well. 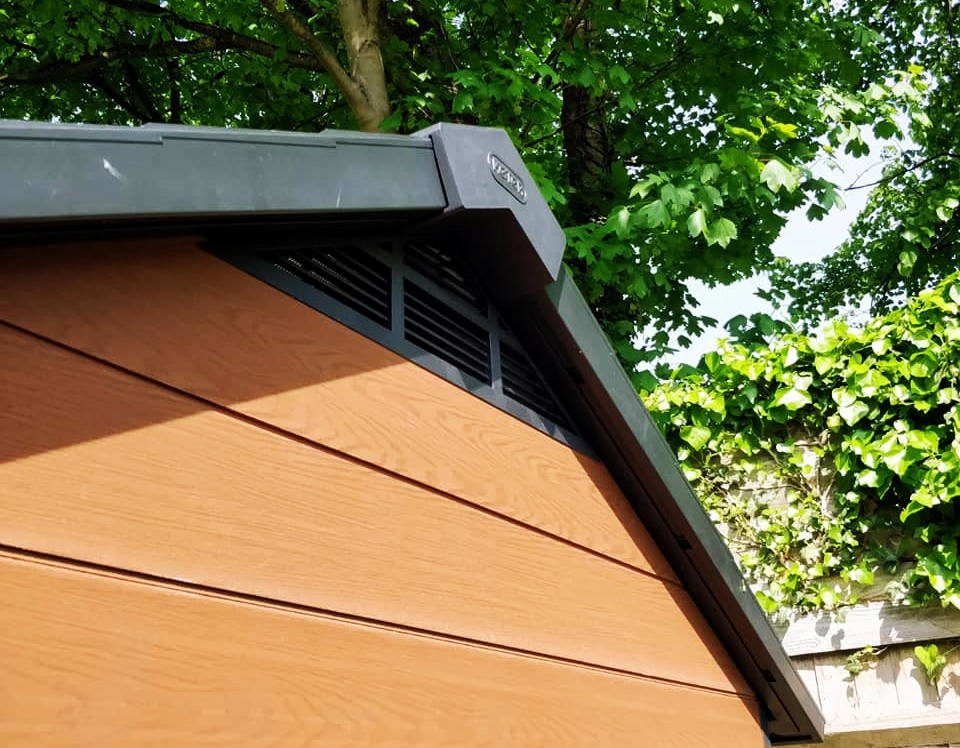 Choosing a shed was another debate and it lasted months. Eventually, we committed the Newton 757 Keter Shed made from innovative evotech™composite. We liked the look and vibe of it. Best of all, we could assemble it ourselves! It was a welcome addition to the other Keter storage pieces we own.

The area for the shed already had a concrete based. How lucky is that?! As the previous shed was wooden and those require a concrete based. Onto the old base which was in excellent condition we built our Keter shed. Hubby and I worked together over the course of three afternoons to build it. Total man hours to complete was roughly 6 ½ hours.

Keter sheds have add-ons that you can purchase or make your own. Either way, the shed has little dimples which show you where you can drill to add hooks or support for additional storage.

It’s important to be that bugs and other creature can enjoy the garden as much as we do. So I’ve decided that the back left-hand side of the garden will be a relatively wild spot. I used to have our bird feeders there but the seeds caused oat to grow. I’ve left the oat, allowed the crimson clover I sowed in autumn for green manure to bloom and added some violas in-between. The lawn is overgrown and speckled with daisy and looks lovely for No Mow May.

I’ve relocated the feeder to the apple tree on the right-side of the garden. From late Spring to Summer I’ll switch to mealworms instead of seeds.  Hopefully mealworms will limit the amount of oat that grows and deter squirrels.

Another pride and joy for the moment is the ‘patio pond’  I made. Basically, it’s a pond in a pot. In the pond I’ve got two marginal plants, one grass and an oxygenating plant. The container was filled with tap water but since then it’s rained a few times. The chlorine would have died out. Hopefully in the coming weeks will attract more life than the odd pigeon. 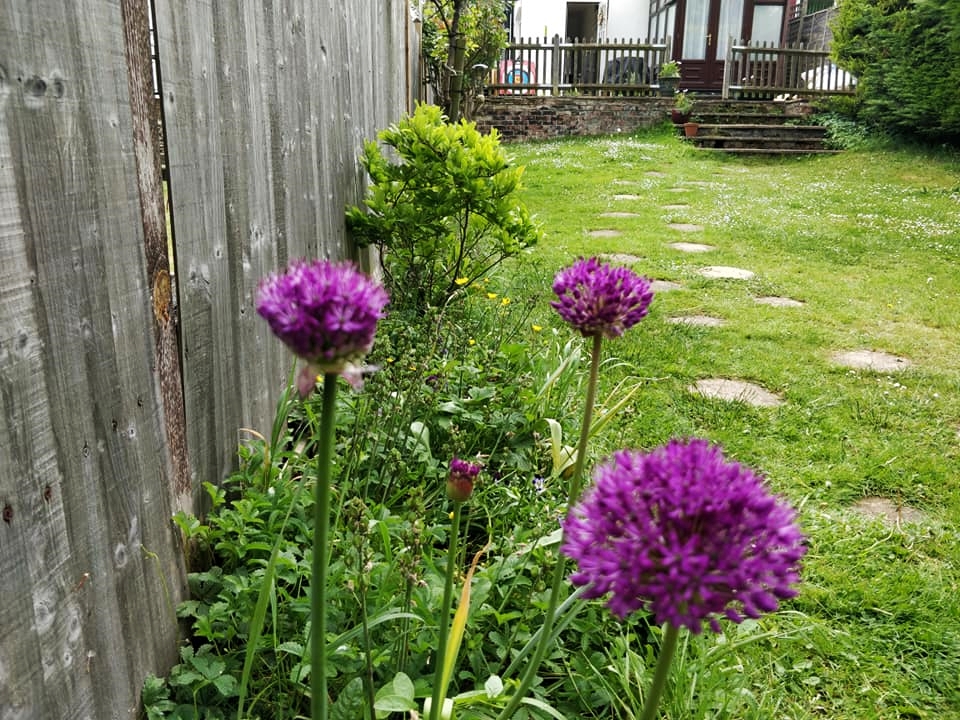 According the gardening gurus, curves give the illusion of space in a garden. The plan was the give the gravel paved area a curve but that didn’t work on in the execution. Now I’m thinking of adding rounded objects to create areas of interest to drawn the eyes along.

We inherited one Allium Christophii and I planted one Allium Gigantum. When they’ve fully bloomed, they’ll look like magnificent purple lollipops! And the circular paving stones sets them off nicely.

Garden accessorises are another way to get curve appeal table; chairs, fairy houses, lighting etc. I’m keeping an eye out for affordable pieces. Where do you shop for your garden plants and accessories? Comment below I would love to hear from you.

Pop over on our Instagram account xpat-at-home to see what we have done so far. Let me know what you think.