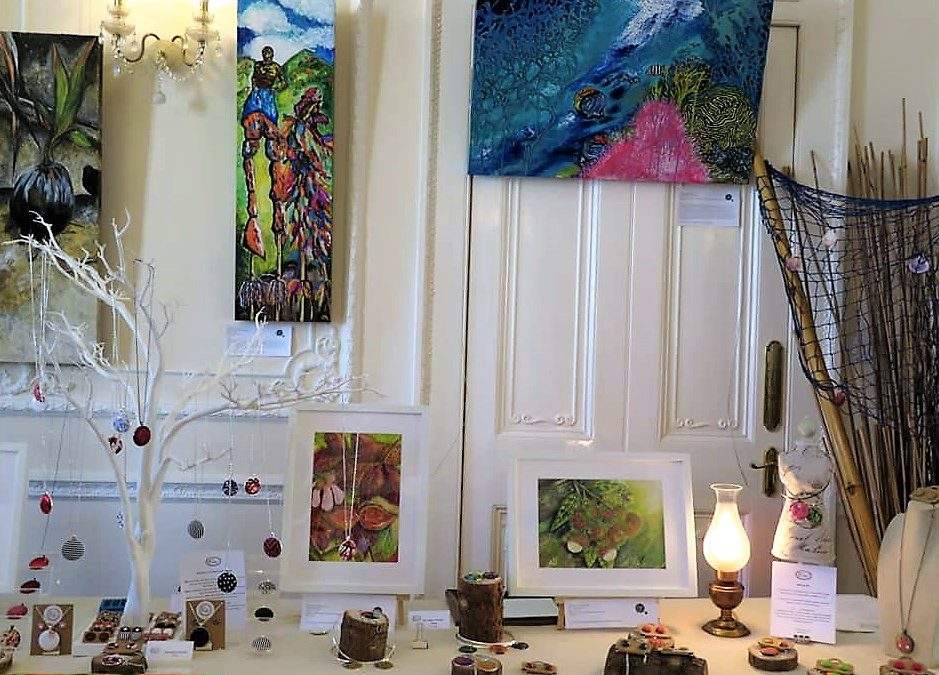 As a newbie expat the High Commission of Trinidad and Tobago, London was a beacon at Christmas time. When I moved to London, I registered with the High Commission which allowed me to receive updates on seasonal events. I looked forward to my invite to Christmas parties where parang, pastel and rum punch were guaranteed.  My student days are well behind me and I’ve not been to the Commission in about 10 years ago. You may have noticed me showing-off my TM Boutique accessories recently… did you catch my interview with Thalia-Mae, the brand founder? No? Check it out. Anyways, Thalia told me about the Caribbean art exhibition at the commission, and I knew I had to be there.

As a good Trini the first thing to consider before attending any event is the dress code. Thalia told me the dress code for the caribArt exhibition was smart casual. I remember how my sponsor used to crack-up when I asked her ‘what’s the dress code?’, whenever she invited me to go out.  I rarely do that anymore BUT when you know you’ll be in a place full of fellow islanders, well … you got to represent, ent? I was going with my sexy red Karly Ruffle Shift Dress from Coast but it was so hot (about 28 degrees), I went with red, white and black floral print georgette Ruffle Tiered Maxi Dress from Next, topped with bold red lipstick- 714 by Urban Decay. All decked out, I headed up to London for caribArt’s My Sugar Island exhibition. 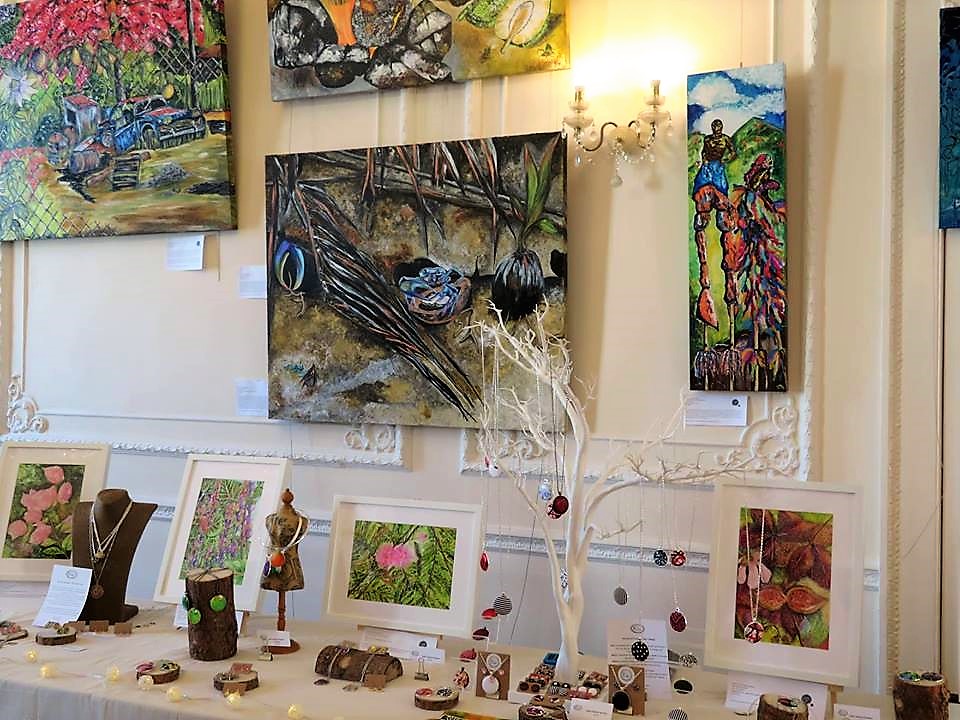 Founded by Tricia Trotman-Maraj, caribArt Collection was created to be a Caribbean platform to ‘immortalize Caribbean cultural heritage and support Caribbean artists who produce authentic work that tell the lived stories of their ancestral island homes.’

When I met Tricia at the exhibition, she explained as a new expat, she wanted the feeling of home. Although she’d not painted in many years and because she could not find the art she wanted for her new home in England she painted her own. As her collection expanded Tricia decided to find an exhibition space. However, the London galleries she approached were unwilling accept her work. Her type of Caribbean art wasn’t what they curated. As any strong Caribbean would have done, Tricia not only created a platform her work but for that of other Caribbean artist. In true Trini spirit, she opened arms and offered support to those in need and she found a space for them to show their work.

Tricia says, ‘This platform was created simply because it was required.’ 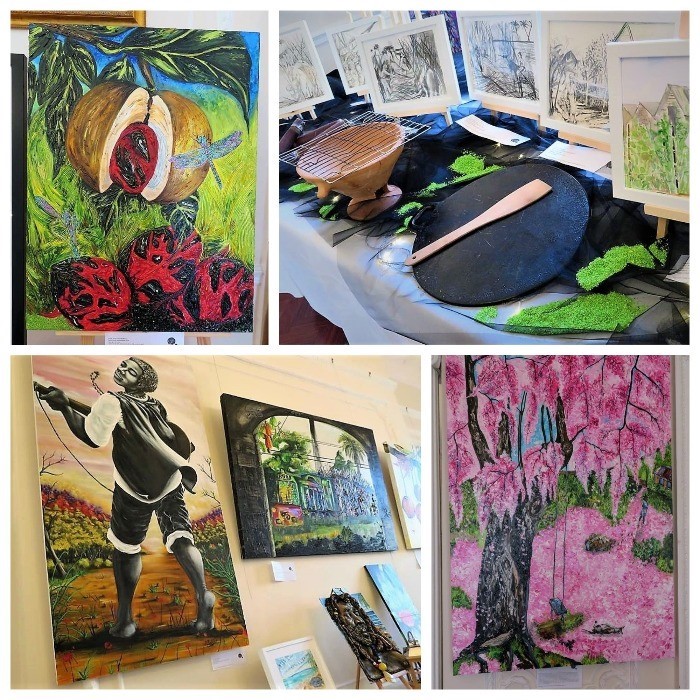 No better theme could have been selected for the caribArt Collection’s exhibition. Every island in the Caribbean has its own lingering sweetness, once tasted it will be a part of your being forever. There were works on display from artist with connections to Dominica, Jamaica, Guyana, Turks & Caicos Islands, as well as Trinidad and Tobago.

Though the islands have different cultural heritage there’s the common historical link to slavery and colonisation. Thus, our history and languages where shaped by the coloniser be it the English, French, Spanish or Dutch, as well our African ancestors.  In the art, there are stories of struggle, toil; love, family and ancestry. Every piece held its own, captivating the observer. Jamaican born artist Nasha Bradhsaw used bright bold palette to show the heat, dust, toil and beauty of the experience in the Caribbean.  Along with paintings, there were crafts, postcards and accessories on sale.

Home is in the art

On a personal level, the works of Yasmin Nicholas (for Dominica) Salina Jane (for Guyana) and Tricia (for Trinidad) spoke to me the most. I felt nostalgia of home and youth at their work.  We shared historical and personal tid bits which influenced the art or our experiencing of it.

Like, Trinidad, Guyana has a history of Indentureship. In her work, Salina humanised the workers. She gave them a face, in the form of her Great Grandparents from India. I think of all the islands in the Caribbean, Trinidad’s and Guyana’s population is made up of largely of peoples of African descent and Indian descent who sometimes mingle and marry but largely try to live separate lives.

While Yasmin tries to stitch back her island in wake of Hurricane Maria through her painting Dear Dominica.  She told me about the Madras fabric used in the piece which is reference to traditional dress of Dominica. We also talked about the Creole language spoken by the older islander which isn’t being passed on to the young. It’s a big loss in Trinidad too

Tricia’s painting Pothound in the Poui took my breath away.  From the title to the romantic age of innocence imagery, it piece spoke to me.  I remember my teacher primary school teacher saying when the Poui blooms exam time. The little girl in her blue dress reminds me of my school days.