MsXpat On Dialect and Idiolect 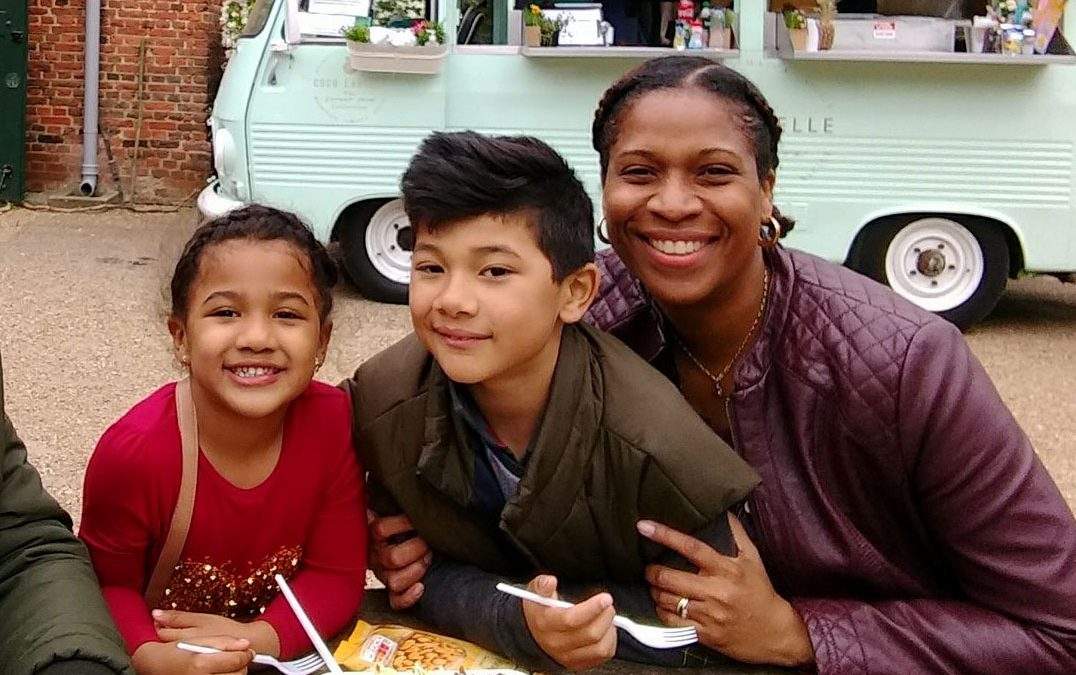 We’ve come a long way Valentina and I with her hair regime but I do get frustrated sometimes when her head is all over the place. Recently, I was brushing her hair and I kept telling her the direction I need her to look but she was fixated on the toy in her hand. In that moment of frustration I opened my mouth and Trini dialect jumped out. Valentina, look SO! I snapped. To so which she responded, Look where? That doesn’t make any sense! Her comments totally deflated the moment, I had to laugh. Then it occurred to me, I’ve never blogged about being and English speaking expat with West Indian accent.

After 16 years of living in England I still have my Trini (Trinidadian) accent. I still get asked, how long have you been here? I’ve never tried to lose my accent. It’s part of me. Although my accent has stayed, I don’t often speak in Trini dialect, or use Trini proverbs. It only comes out, when I’m hanging out with Trini friends, very I comfortable or frustrated. It’s not unusual for expats to do that. I remember one time my South African friend was chatting to me, then all of a sudden I could no longer understand what she was saying. She’d begun speaking Afrikaans!

The way Trinis speak is largely influenced by our colonial history of slavery and indentureship, immigration, as well as our sense of humour. Words like ‘fete’ (meaning party) and phrases like ‘comme ci comme ca’ (meaning neither bad nor good) hark back to French settlers on the island.  ‘Tabanca’ (our word for unrequited love) is said to originate from Koongo. We often say we ‘limin’ (meaning hanging out) which is said to be connected to the time the World War period when English sailors would line-out/queuing up to visit local brothels.  The Trinidad was a Spanish colony (hence the name). We later became an English colony. There have been waves of settles from Europe as well as other islands in the Caribbean.  Trinidad is now an independent country and a republic. Nonetheless, the mixing of cultures left its mark in the language and our people.

Whatever our native tongue, we all have our own idiolect. We all have our own special way in which we speak. I think we expats probably have most interesting twist on idiolect of all. Even my Trini friends chuckle at the way I speak sometimes.  While I have a Trini accent my delivery is a bit mesh mash. My words and phrasing have been shaped by Trinidadian heritage, my Vincentian maternal grandmother, along with my reading choices.

The way I speak is unique to me. Even if it does raise a few eyebrows from time to time. I’ve never tried to teach Hubby or our kids how to speak Trini dialect. Honestly, it never crossed my mind, until Valentina had her little outburst. Here’s a video that’s short and funny (with one swear word, be warned), that sums the challenges of being given directions by a Trini.

Do you have a funny story about how the way you speak has caused confusion? Share it with us in the comment box below.