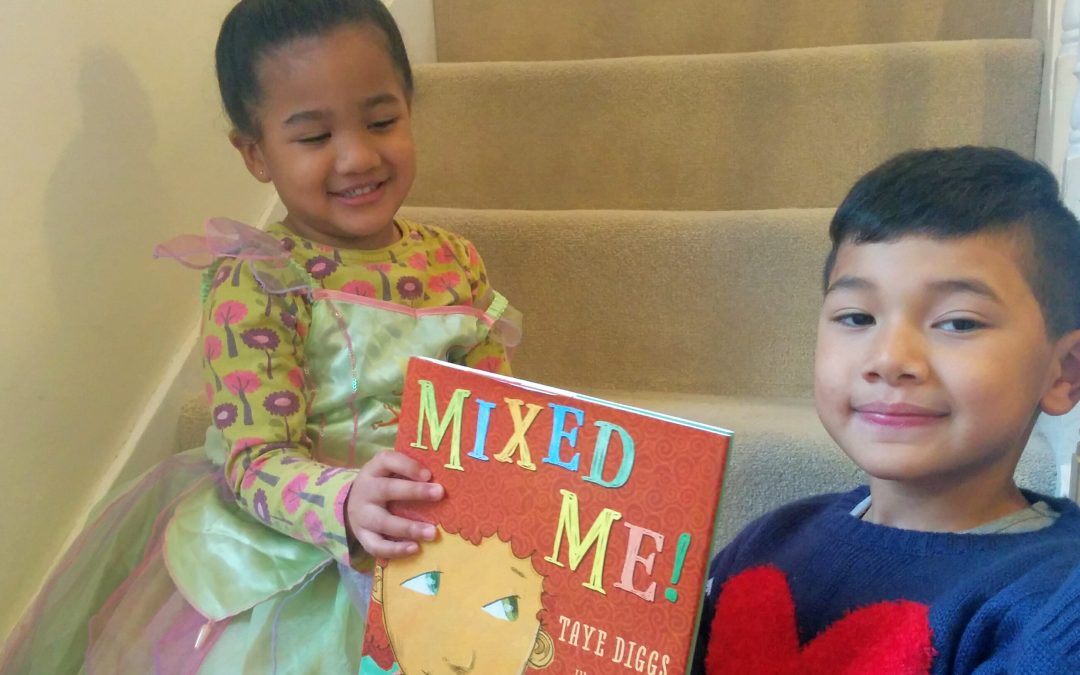 When the social media buzz began for the release of Mixed Me by Taye Diggs and Shane E. Evans, I knew I had to have a copy. Yes, I’m a fan of Taye as an actor but more importantly I wanted to read a man’s take of the topic. Most of the books I’ve encountered so far about being mixed race or curly hair have been written by women. Additionally, you don’t often have an opportunity to hear how a boy feels about being mixed for having curly hair. Nikki of Mommy Factor attended the book launch. Prior to attending she asked me and other mums of mixed race kids if we had any questions. Due to the time difference between NYC and London, Nikki didn’t see my questions until after the event. Nonetheless, she kindly posted me a signed copy!  I ecstatic to receive it. The Tiger Tales loved Mixed Me!

Both Angelo and Valentina have discovered their funny bone. They got the humour in Mixed Me. They had a little chuckle as jazzy Mixed Mike zipped here and there. Valentina wanted to who “why he only saying ‘hi’ ‘bye’ mummy?” Mixed Me is an enjoyable read that both kids and adults will enjoy. It has excellent content. It responds to a wide range of issues that mixed race children experience effortlessly.

Recently Angelo has begun to call me Mrs Brown teasingly because colour and race is discussed in class. I asked him what colour he was he said sort of orange. I asked him if it bothered him that I’m brown. He said no. When asked why he’s not bothered, he said ‘… because I love you’. I raise my own son’s grappling with being in a mixed race family because this is one of the topics touched upon in Mixed Me. 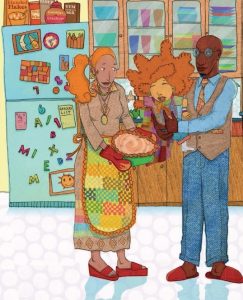 Image from Macmillan US

Self-love and pride begins at home. Mixed Me doesn’t preach at kids. However, a more mature reader will get the point that Mike is confident because is parents are proud of him and love him. For instance Mike tells us ‘I’m a beautiful blend of dark and light, I was mixed up perfectly and I’m Just Right!’

Angelo’s best bits: He likes when Mike tells people not to touch his hair

Valentina’s best bits: She likes how Mike zips around from place to place

My best bit: I LOVE IT right down to the American street swag voice of Mike.  The illustration is incredible. Its humours, detailed and full of different textures.

I would 100% recommend Mixed Me to parents. It not only covers mixed race issues but it captures the high energy that most little boys have. The book details:

I would say that Mixed Me is suitable for ages 4-8 years. It can be bought via Amazon . You can follow Taye Diggs on Facebook for more details on Mixed Me (as well as his other pursuits). Alternatively, you can get social and follow on Twitter .