Mental Health, Menopause, Swimming and Me 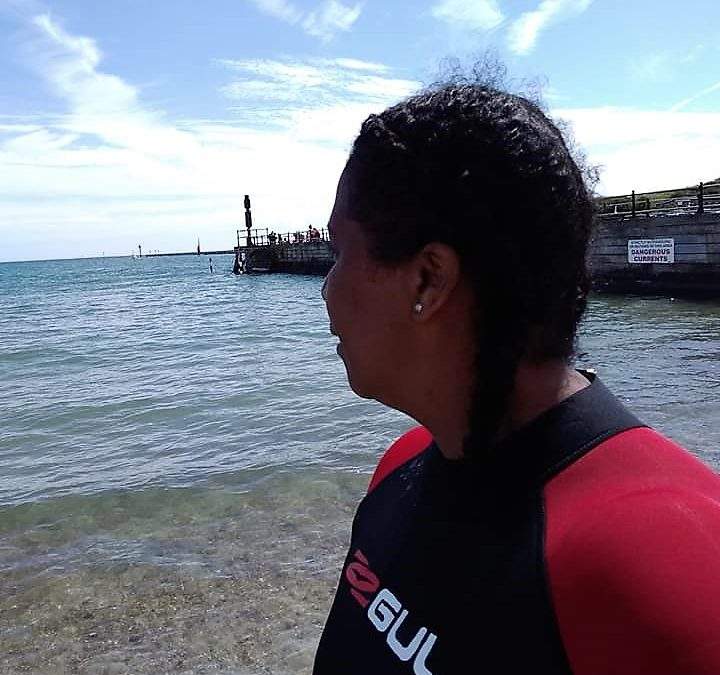 When we returned from our family staycation in Wales, I felt blue. The sinking feeling when I awoke and anxiety to face the day had returned. My family and I had an awesome break. Naturally, there’s the come down on returning home but this was more.  My menopause causes mood swings, not unlike what I experienced in my twenties. Exercise helps. Zumba is fantastic! But I missed the water. Earlier in the week, I took my kids to our local swimming pool. It was great! The feel good factor lingers. I’m no champion swimmer but I enjoy it. Swimming in the sea is especially exhilarating. I never fuss about my natural hair getting wet but I know that’s not the case for some black female swimmers. In fact, the black swimmers history is problematic. In this piece, I explore the benefits of swimming on mental health and share my experience.

Swimming is a life skill that I don’t take for granted. Historically swimming within the black community has been problematic. During racial segregation in America Afro Americans were restricted from swimming in the same areas as whites. Social Historian, Victoria W. Wolcott stated, in her article Here’s The Disturbing History Of Segregated Swimming Pools And Amusement Parks for Huffpost;

She further revealed that after desegregation in 1964 measures were implemented to ‘keep the peace’. For example, some municipalities filled in their public pools, others created membership clubs and began to charge fees.

My own experience has been one of fear and superstitions. Some islanders, and by extension black swimmers, have an inert fear of the sea. Perhaps it’s related to the fact there are religions that conduct rites at sea. For others, the inability to swim caused the fear itself. They say ‘the sea has no branches.’ Swimming is offered at some primary schools, in Trinidad, but at an extra cost to parents. Hence, I guess you could say it’s optional. I was fortunate to learn when I was in year 5.

As a young adult I took more classes. There is the beach culture. It’s a pastime enjoyed by families. However parents tend to keep children close. We spent more time close to the shore and in the shallows. 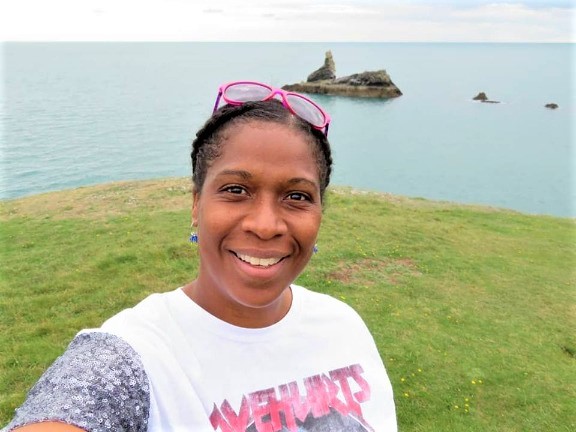 My Joy For Swimming

Being in the sea makes me feel I’m connected to something bigger. I’m reverent. In the UK, there’s the bonus of coastal walks. The experience is intoxicating. The expanse of azures makes the souls soar.  Instantaneously, I feel myself breathing deep and smiling. Whereas at the pool, I enjoy swimming laps and playing with the kids and their water toys. I’m still amazed how long the feel good factor lasts. I would swim regularly if it was more affordable.

There is According to Charlotte Vineham, Health Adviser at Bupa UK, ‘There’s no concrete scientific proof that being in blue spaces improves or enhances mental wellbeing.’ However, she goes on to say ‘…colour blue is often thought of as calming and is abundant throughout the natural world’ and perhaps it’s our inert desire to be near and connected with nature that makes it a positive experience. 2

Swim England commissioned research into the health benefits of swimming in 2017. It was the first of time that the relation between swimming, health and wellbeing was scientifically investigated. The report, entitled The Health and Wellbeing Benefits of Swimming, found evidence that ‘swimmers live longer, that regular swimming helps older people stay mentally and physically fit, and participation in swimming lessons can help children to develop physical, cognitive and social skills quicker.’ I wanted to know more about findings on the mental health of menopausal women.

The report didn’t make connections between mental health and menopause and benefits of swimming. Although, it mentioned the concerns individually; it cited (Gómez-Bruton et al., 2013).  For post-menopausal women, the concern is osteoporosis. It’s proven that exercise on land is more effective for bone mineral content and bone mineral density. However, it was found that swimmers had stronger bones than those who didn’t exercise. 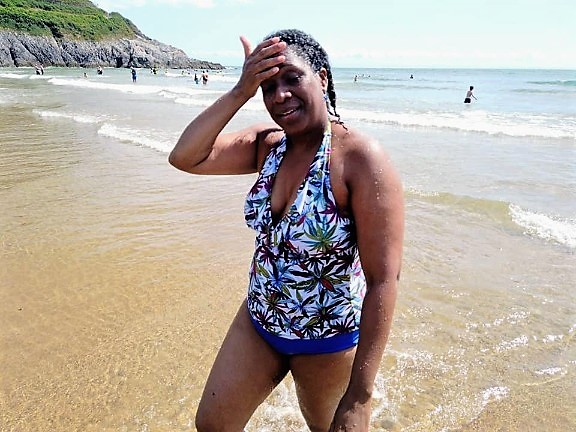 Currently, there’s no conclusive proof how swimming improves mental health. We know that exercise helps those prone to depression and anxiety. The activity causes release of endorphins (feel good hormones). Hence, by extension, it’s surmised that swimming will have a similar effect. The report referred to Mental Health Charity’s “Mind” report which ‘states that swimming is good for people’s mental health and wellbeing and recommend swimming as an approach (MIND).’

Additionally, the social aspect of swimming could help to stave of feelings of loneliness even though lack of body confidence could be a barrier for some.  Some parts of the country offer women only swim sessions. You can find them on the This Girl Can website Personally,  I think it depends on the root of the depression. For me, it’s the fact that I can swim alone and be at one with my thoughts and water that brings me relief. Freedom.

Being A Black Person Who Swims

As an island girl, the sea has always been important to me. It fills my senses and brings a joy reminiscent of being a child. The pool is just as enjoyable, especially if there are water slides and flutes! It would be interesting to see scientific research done on how swimming impacts the mental health of menopausal women from a variety of ethnic backgrounds.

Just as important I believe it’s important for more black people to learn how to swim, and enjoy it. If anyone deserves a release from time to time it’s us as a people. Swimming is excellent for physical and mental wellbeing, it as important it’s a life skill.

Do you like swimming? How does it make you feel? If you don’t know how to swim, why is that? Comment below I’d love to hear from you.