Mega Bloks brings little ones’ imagination to life: a product review of the First Builders range 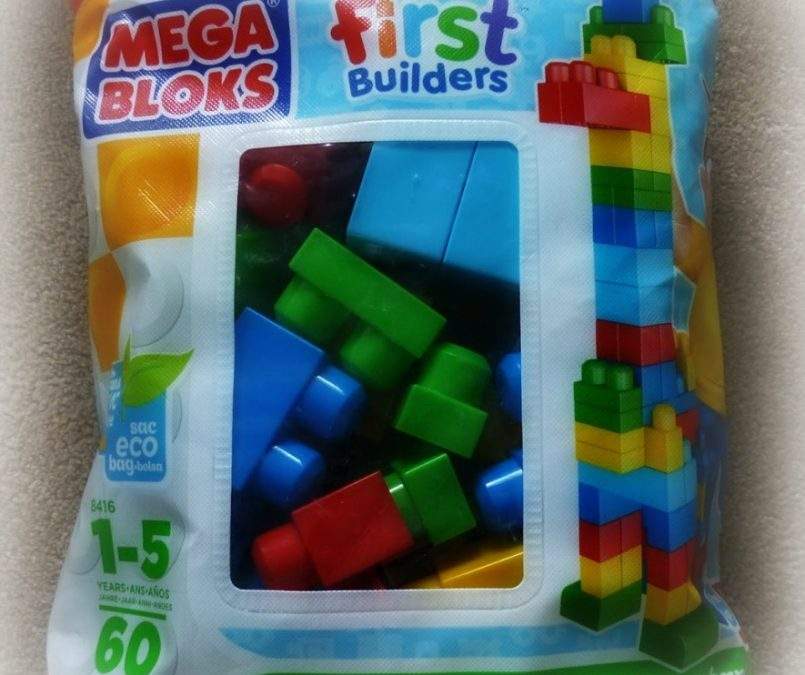 Angelo’s speech and vocabulary is coming on in leaps and bounds. One thing I enjoy about being at home with him is that I get so see him play and use his imagination. I was never a fan of building blocks as a child but he loves them. I reckon he colours and the noise they create when being swished about are amongst the reasons he enjoys playing with them. We recently received two packs of Mega Bloks from the First Builders Range (the  ABC Spell (contains 30 pieces) and the Big Building Bag  (contains 50 pieces) along with Dylan Dump Truck.  They were sent to us by The Entertainer for the purpose of this review. While looking at him play with the blocks, I realised how much he’d come along. He’s moved on  from building ‘trains’ to ‘rockets’ and ‘lions’and ‘giraffes’.  I’m very pleased to see how Mega Bloks First Builders engaged my son’s imagination and challenged his vocabulary.

Building blocks have come a long way since I was little. Now, I actually enjoy building with my son or sitting back and letting him chart the course of his creation. At 2 ½ years he still puts random objects in his mouth, so I have to be careful what toys I select for him.  Thankfully, with Mega Bloks I didn’t have to worry. 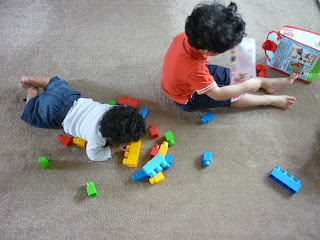 The pieces are too large to be a choking hazard, even his baby sister Valentina can join in.

She’s attracted to bright colours and bumpy feel. While her big bro is not happy to share his toys most times, even he can’t grab hold of all the blocks. So she has her fun too.

The First Builders blocks can be used together to make any creation your child can imagine. The ABC Spell comes with letters, some animals and images such as a bus, in sticker form to be stuck onto the blocks. Sticking complete, the blocks can be used introduce letters and spelling simple words in a fun way. 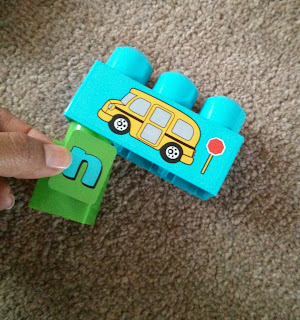 I found it funny that as he played with the ABC Spell blocks, Angelo began to sing ‘Ole MacDonald’.  Most likely he can the song because one of the blocks had the picture of a barn. It’s amazing how he correlates things!  And while singing his song he built a structure that he told me was a ‘giraffe!’
I have to admit it did look like an animal that could easily be a giraffe, a horse even. The only down side (if there is one) to him playing with blocks is that he gets annoyed when his asymmetrical structures tumble down.

Sometimes blocks go flying in his frustration but all he really needs is the encouragement to know he can build it again. His tears soon dry and he’s off building some new structure that he’s just as proud about. He’s used to me taking photos so now, sometimes he’ll say to me ‘take picture, show daddy’. So daddy never misses out on his son’s creations, even though they don’t physically last the day.

Angelo LOVES to go shopping especially if it’s all about him. When he’s not building, he walks around with his bag of blocks ‘shopping’, at home (thankfully, the cheaper option for us). The blocks come in handy (non-PVC) bags which make them easy for parent for child to carry around indoors or out.  They are light enough to go on play dates with little ones, yet big enough to be cleared up easily and quickly when its tidy-up time.
The products are geared to  1 – 5 year olds. Some come in bright primary colours, like the ones we received, and are sure to attract EVEN the slightly younger ones like my 6 months daughter. There are other types in the range. Angelo spotted the Mega Bloks Princess and told me ‘I want that one!’ to be fair girls’ things are always pretty and eye catching. I could see why he’d like that set as well. The colours were cute pinks, lavenders and such.

All the products mentioned above are stocked at The Entertainer. For more information on their range of Mega Bloks and more, please visit their website . You can also stay in the loop by following them on Twitter.

This is not a sponsored post however as stated above, we were sent the products to trail for the purpose of this review.