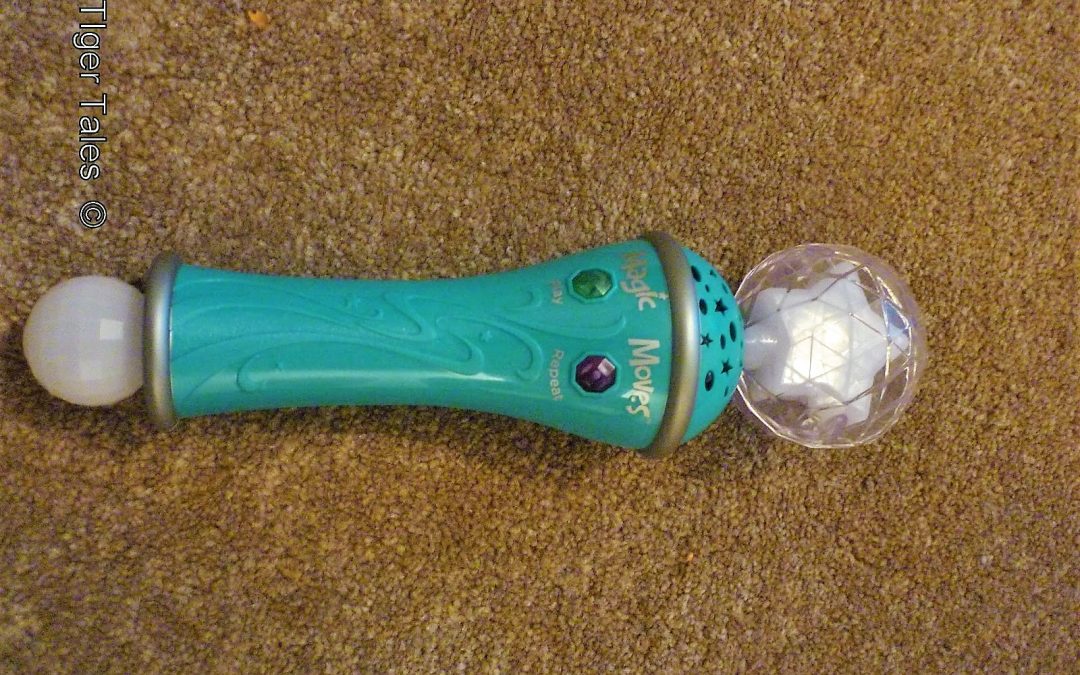 As a mum with two very young children, one of whom is a newborn, I find it hard to get out during the winter months. My toddler, Angelo, is very active and always on the go. He often gets himself into mischief if his energy level has not been depleted with some sort of play or activity. When I read about the Magic Moves® Wand via Blog-Match I knew I had to try it. You know what?! Angelo and I had lots of indoors fun with the Magic Moves® Electronic Wand.

Whenever Angelo and I have been a bit stir-crazy indoors and I could not go out for one reason or the other, I’d whip out the Magic Moves®  Electronic Wand. This activity wand has 90 fun physical commands and 26 different musical tunes. 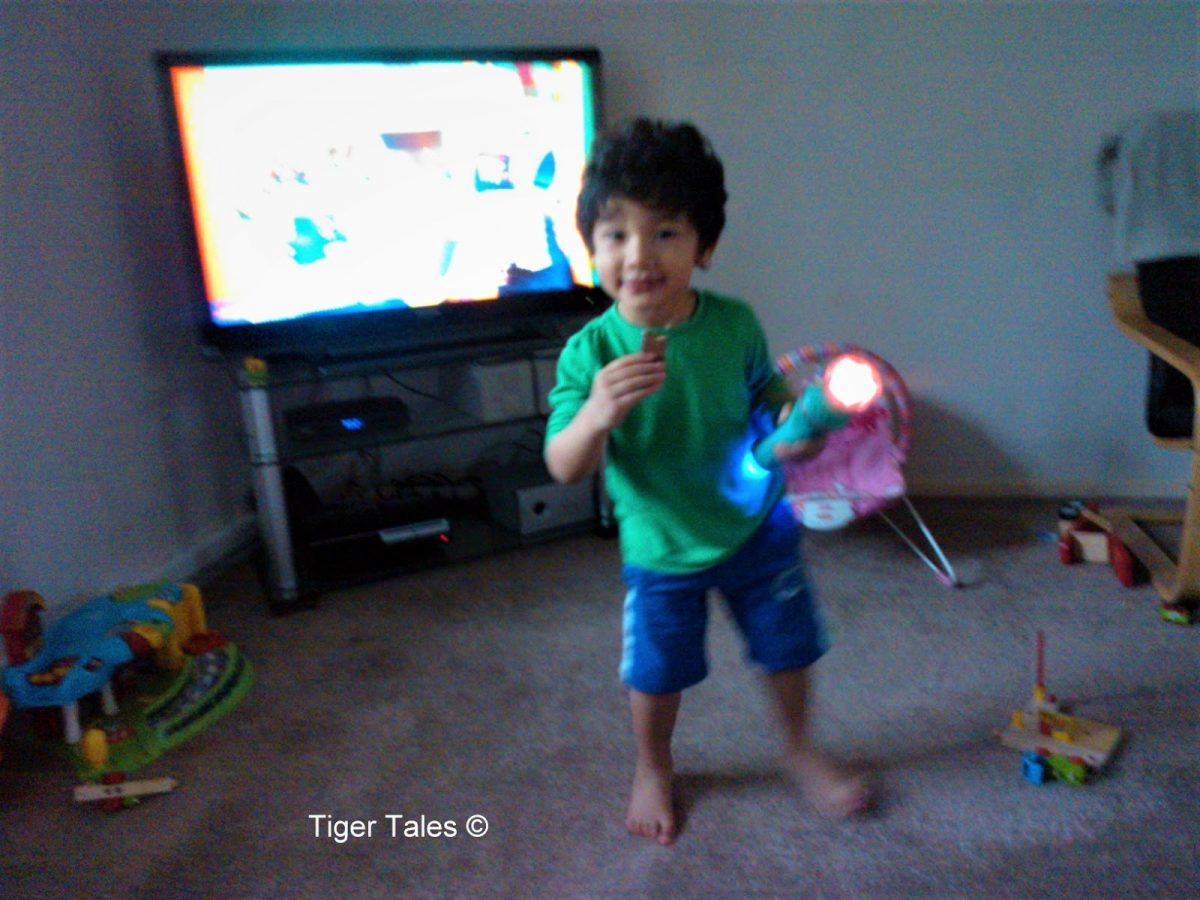 It’s geared towards  children 3 years plus. However, even though Angelo is only two years old, he will follow direction.  He’s had fun copying moves from me and quite recently when his god-sisters Miss A (7 yrs) and Miss E (3 yrs) visited, he followed Miss A’s lead. They had a sort of conga line going while doing the actions. Although, Angelo being Angelo had his break-out moments to do his thing.

The commands ‘dive like a dolphin’, ‘run like an ostrich’ , ‘bounce like an astronaut’ and ‘waddle like a walrus’ were just a few of his favourite actions. ‘Float like a swan’ was popular with the girls. Angelo’s vocabulary and understanding of emotions is growing every day, so I found it interesting when he told me the ‘prowl like a leopard’ command was ‘scary’. Don’t get me wrong he didn’t run off and stop playing or cowered in a corner, it’s just that he recognised the slight menacing predatory tone to the music. He did not find it ‘happy’ which is the term he uses to describe upbeat tunes. 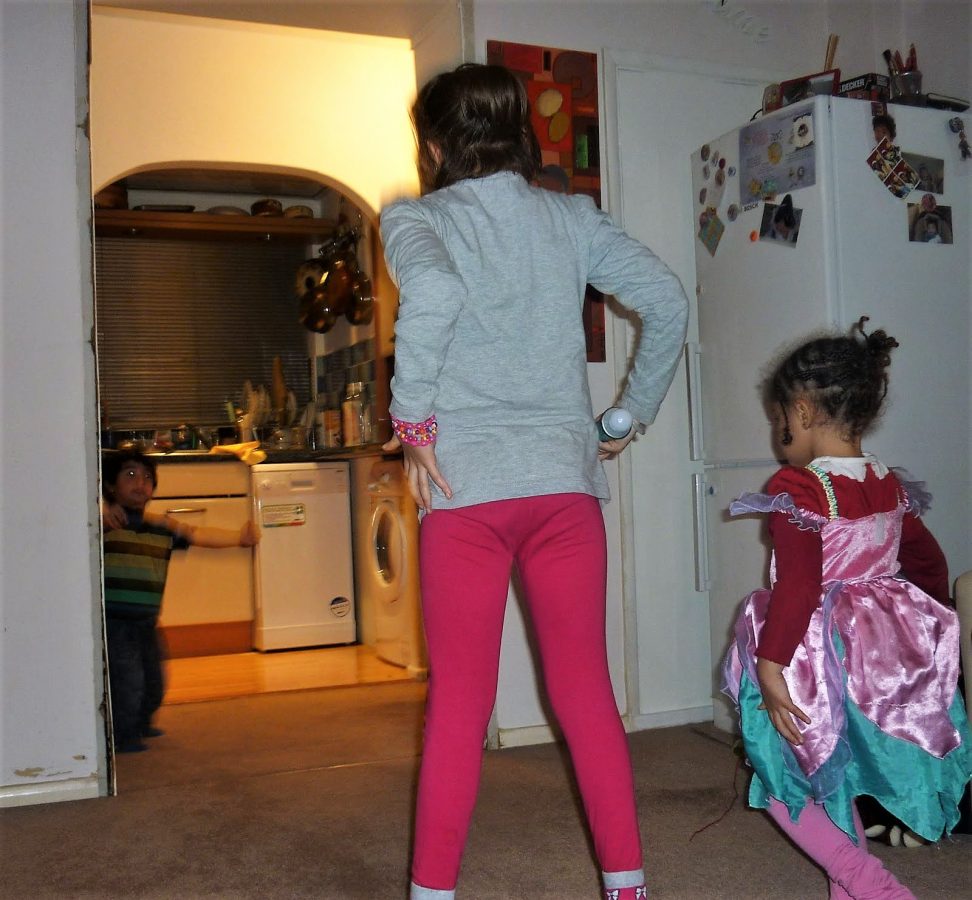 On one occasion I sat and pressed the play button and left him to follow the commands. Due to his tender age he was only able to follow as directed when told to jump, run or bounce as he understood those basic commands. When told to float, scurry or sneak he was not sure what to do, so, he danced to the pace of the tune played. How’s that for improvisation…

The Benefits of Magic Moves

There are several benefits of children playing with the Magic Moves®  Electronic Wand:
I can confirm that I’ve noticed these benefits from Angelo’s use of the want. Additionally, for someone so young the pretty twinkling lights caught his attention and made him want to engage with the wand for himself. Due to the shape of the wand Angelo and his lil friends (at first) kept trying to sing into it like a microphone… so cute…  On the occasions when Angelo and I used the wand together, I admit I enjoyed prancing around our living room holding the wand like a royalty, while Angelo followed me as if I were the Pied Piper. I have to say this wand is will be fun not only for the young but the young at heart.

The Magic Moves® Electronic wand is a fabulous NEW educational toy and you can have the chance to win one of 5 that are up for grabs from Learning Resources UK! All you need to do is visit their page on Facebook and follow the instructions.

Please note this is not a sponsored post however, I was send the wand to trial and review. This opportunity was made possible by Blog-Match