Love Attention and Changing Hair Regimes: striking a balance between son and daughter 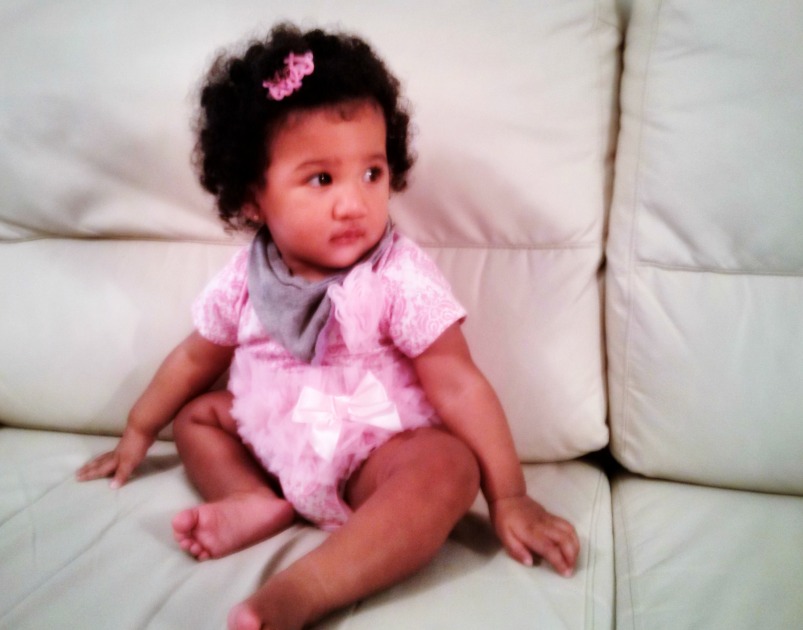 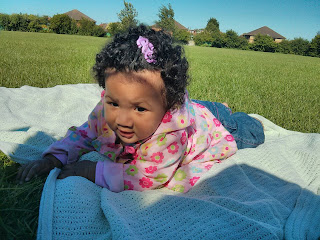 Recently, I’ve changed Valentina’s hair regime. True, she is only 7 months but I’ve decided to start conditioning her hair, after its been shampooed. Her hair seems to capture dust (from heavens knows where) and that causes tangles. Prior to this, I would put a natural oil in her hair a few minutes before the shampoo (known as ‘pre-poo’ in natural afro hair circles) and this would help prevent her hair from getting too dry. I still. A few months ago I could easily finger detangle and comb her curls, its now become necessary to use a comb everyday. I’ve a bit spoilt as I never had to fuss much with Angelo’s hair. Even now, I can get away with finger combing his cherub-like curls because I’m no longer allowing it to grow. Valentina has soft silky curls but they are smaller and tighter than Angelo’s which means more haircare is required. So, I still pre-poo her hair (and Angelo’s) occasionally.  Angelo has noticed that I spend more time on Valentina’s hair and he’s now requesting that I comb his hair too.

I think in Angelo’s little mind I’ve found something else that takes me away from him. I’m still breastfeeding Valentina and although I combination feed and I try give her more boob than formula. The result is that Valentina is in my arms to be breastfed and to have her hair combed. ‘Jealousy’ is too strong a word but I think that Angelo feels a bit left out, especially since sees the time and care I take in maintaining my own natural hair.

I briefly considered growing Angelo’s hair again. Then I’d have to curly tops to fuss over, but that would not be in his best interest. As much as I’d love to see his big mass of curls, he’d feel too hot and would be forever brushing hair from his eyes.  He does have a long memory but I’m not sure he remembers when I used to try to style his hair. He had his first haircut a couple months after his first birthday.
His hair can’t be cornrowed,  because its too silky. The cornrows never lasted more than a few minutes when he was smaller, before unraveling. Plaits are not an option because I’d have to put elastic bands to prevent them from unraveling, all in all it would be a bit much.

I try to make my children feel my love in all that I do for them. I believe its just as important to show love, in deeds as well as in words. Whether its grooming them, feeding them or a simple caress, my love is present.n Don’t it not a major issue, but Angelo is as sensitive as he is energetic and boisterous.  So I’d like to strike a balance in what I do for both children. While I think of something that can be special just between he and I, I’ll give an extra helping of cuddles.

What are your thoughts? How would you deal with a situation like I’m experiencing at the moment? How do you strike a balance between your childrens’ different needs?