#LaurenChild Q&A: Everybody In Books event at the Imagine Children’s Festival 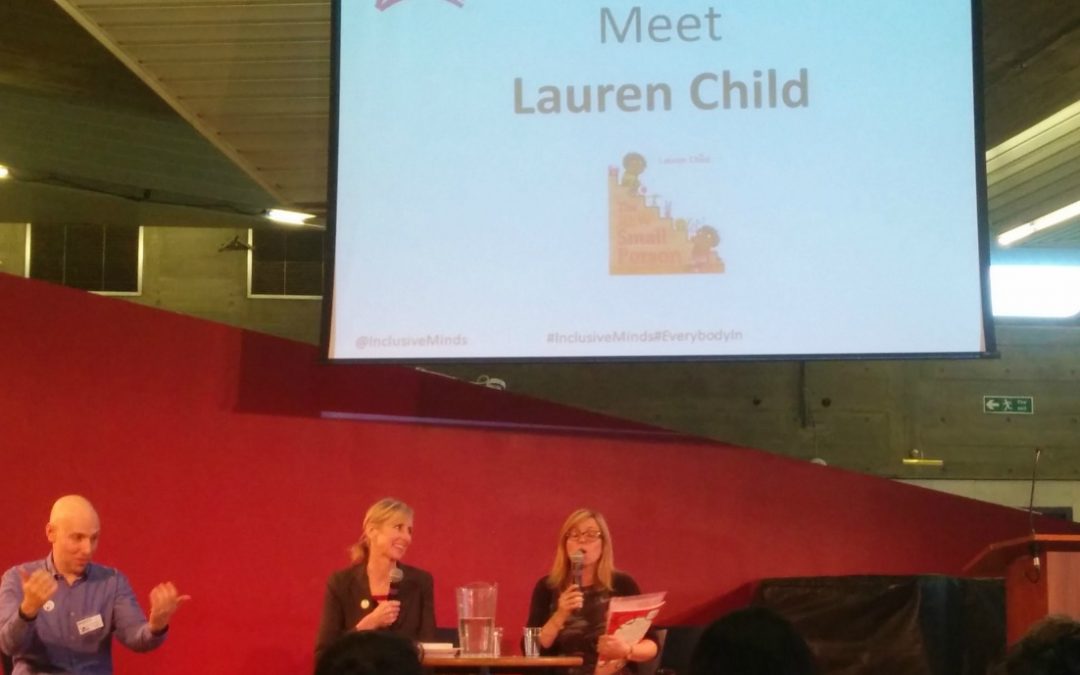 On Monday I attended the ‘Everybody In Books’ event that was run by Inclusive Minds as part of Imagine Children’s Festival, on the Southbank. It was a day filled with fun creative activities for children. However, I didn’t attend with Angelo and Valentina. I attended the event in my capacity as an aspiring children’s book writer. I was particularly interested in the panel discussion on representation in children’s books, as well as the Q&A with Lauren Child. My children and I enjoy her Charlie & Lola books and the animated series, which we watch on CBeebies. Earlier in the day,  young attendees at the event were asked what questions they wanted to ask Lauren. I confess, I was very impressed by the quality of questions put to Lauren. Her responses were warm and thorough. I’m sure the children appreciated being taken so seriously. I certainly found it helpful to me as an aspiring writer. It was insightful to hear the creative process of a successful published writer.

Here are some notes I made from Lauren’s responses to the questions put to her:

After the Q&A there was a book signing. I had to have my copy of  ‘The New Small Person’ signed for Angelo and Valentina. The story brought a little to my eyes. It so reminded me of them. Naturally, I seized the chance to ask her about the characters in her the book. Although, the book was seven years in the making, she says , yes,  she always envisioned them as being black. Elmore Green was inspired by the son of a friend of hers. She loves the name Elmore and always thought if she had a son, she’d call him Elmore. Although the children are black, the story is about a sibling relationship.