Just a boy: on mixed race children finding their identity 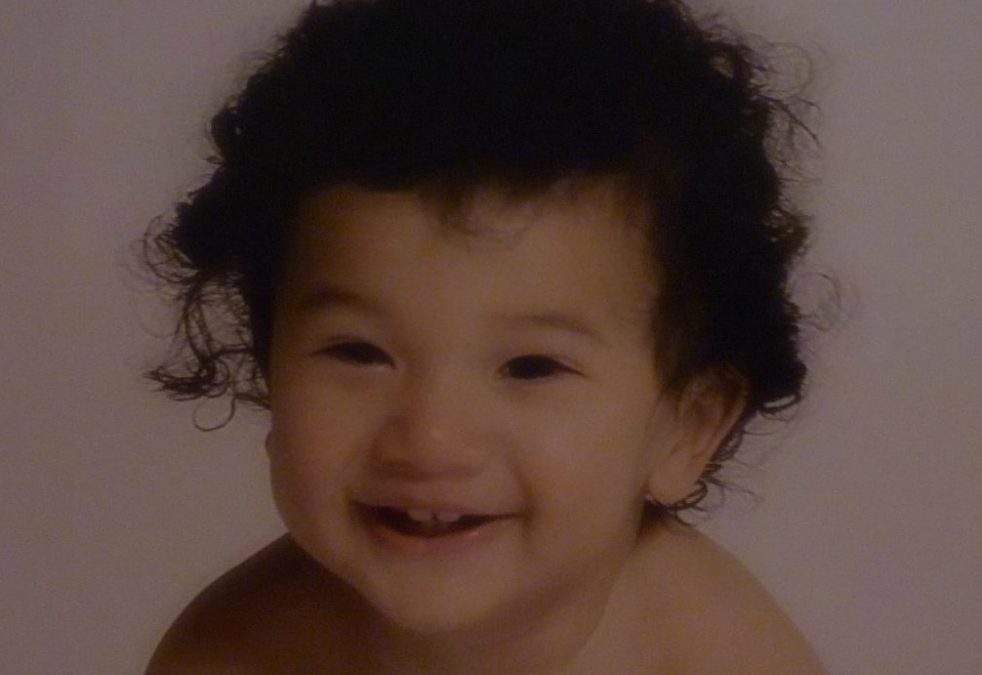 I’ve noticed some time ago that Ang seemed to have an affinity to Chinese people. It became apparent when Valentina found her connection over the summer.  Ethnicity was never directly discussed at home. However, Ang knew the Chinese race because his dad would say ‘we are going to the Chinese shop’ or ‘this is Chinese food’ or ‘say hello to Chinese uncle’. Chinese New Year was celebrated with at least a meal. In his mind, there’s little doubt about who and what was Chinese. All other races were not labelled, not intentionally we just didn’t. When his sister was born she looked exactly like Ang until her features and personality began to develop. It was clear she was a mix of me and her dad. Now Angelo’s 4 and Val’s 23 months old both mixed race children seem to be identifying with different parts of their ethnic origin.

When Ang was about 16 months old, we bought the book The Colour Of Us by Karen Katz. I think I’d come across it on via the one of the Multicultural Kid Blogs forums. However, the book does not address ethnicity and race directly.

The story teller, 7 years old Lena, speaks in terms of colour and shades as her artisan mother taught her. We enjoyed the book together and at the time I thought it was enough his age.

Recently I was preparing lunch for both children. I asked myself what Ang would eat. What would Val eat? Once I’d made a decision, I plated up and presented them with their meals. I said “Angelo you have Chinese noodles and chicken, Valentina you have meat rice and peas with sauce”.  After the words left my mouth, I realised that their personal taste seemed to be reflecting how their racial identity might be developing.

They have the same parents. They are being raised in the same way with the same circle of friends and yet they have made different connections. The only difference I can see in their life events to date is that Angelo knew his paternal Chinese grandmother.

When his grandmother was alive there were regular family gatherings.  For the first 1 ½ years of his life, Angelo was surrounded by his Chinese family. His popo (granny) passed away several months before Val was born.

We moved house and our world became smaller.  It was just us four, parents and two kids, most of the time with the odd visit from friends.  Where my family are concerned, the children only know them via Skype. 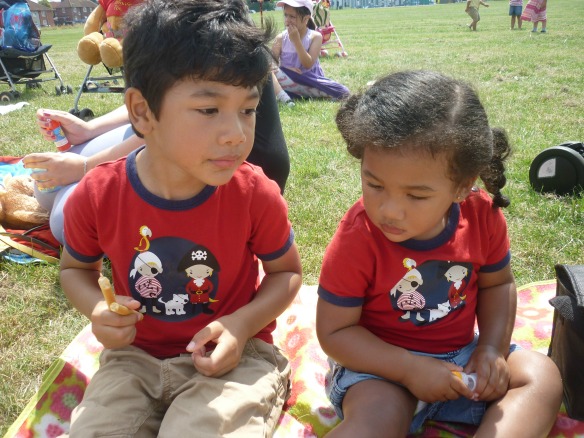 We attend various children’s groups, therefore, both children are used to interacting with adults and children of different racial backgrounds. Yet, I have noticed that Val seemed to relax faster with a black person. While Angelo seems to think that any Chinese person he meets is somehow related to him or will want to be his friend.

If he sees someone who looks Chinese he would point them out, not in a rude way. I think it’s a way of showing what he knows.

Although his dad is mixed race like him, Ang sees his dad as Chinese. We have never talked about his dad’s heritage.  He’s comments are based purely on facial features. Ang is a mini version of his dad. At 4 years old he still has strong Chinese features. I say ‘still’ because when he was born everyone was waiting to see if/ how his features would change.

When his personality his begin to show but his features stayed the same I would hear comments like “ Now I can see the black in him” . Looking back I should have questioned those comments, but I didn’t for peace sake. 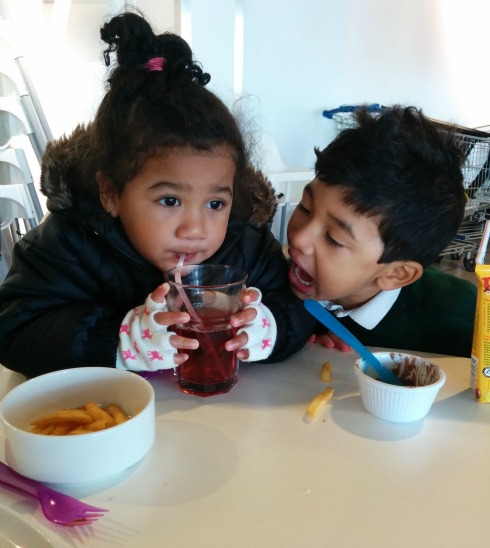 I’m not sure if their physical features have any bearing on how they see themselves.  While Angelo has more Chinese features, Valentina is more like a best of both Hovis bread.

She looks like me when I was her age except for the shape of her eyes. YET!  People will still say she looks like her dad because they notice her eyes before anything else.

I borrowed the American term ‘Blasian’ to ‘define’ them so to speak, on the blog and social media. It’s not a term used in conversation with them. Strictly speaking it does not encompass all that they are because while I define myself as black, like many West Indians racial background is mixed. The time is fast approaching when we will have to discuss our heritage, race and ethnicity in a meaningful way.

Since he’s begun nursery, Ang has begun mentioning my skin colour. It’s as if he’s seeing me for the first time. One day, recently, while walking home from the playground, I heard Angelo tell his sister, “you are Chinese”. I asked him why he thought she was Chinese. He went into an explanation that was as clear as mud.

Then, I asked “Ok, what are you Angelo?” to which he responded “I’m just a boy, I’m me, Angelo”.   He’s still quite young and trying to make sense of who he is and his world. Who knows what shape his teenage personality and racial identity will take. One thing is for sure to me he’s not ‘just a boy’.  He’s my everything. I love him more that I can express.

When children are young, they will notice colour but not in the way that adults do. As parents we do need to show them how to be respectful of each others differences.

Are you a parent to mixed race child(ren)? How do they define themselves? Do you talk about race and cultural heritage with you children? Do they embrace it or reject it? I’d love to hear from you.