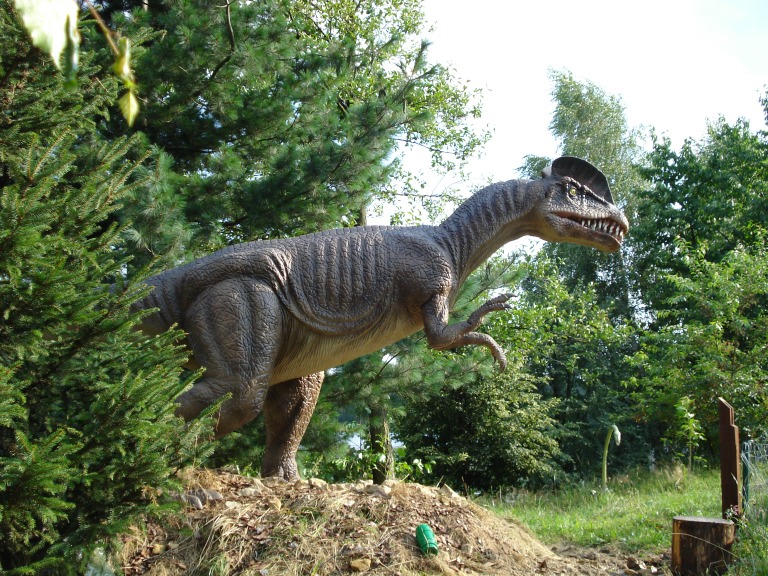 Last term, the kids and I delved into the topic of dinosaurs for home learning. Angelo’s year 1 class was studying the topic. I found a few child-friendly videos on YouTube and I bought a book collection for us to peruse. Some evenings we played dinosaur Trumps or card memory games. We enjoyed the topic but I’ve only committed small bits  to memory. I planned to revisit Crystal Palace Park to see Darwin’s dinosaurs to bring the topic to life (so to speak) but the cold weather totally put me off. So, I’m thrilled that there’s a dinosaur exhibition coming up this Spring! The animatronics will make it a spectacular experience. Jurassic Kingdom promises to be an alternative Easter family’s day out. 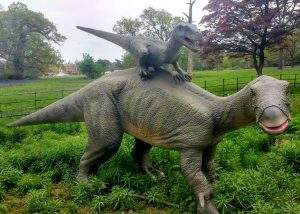 According to the press release: Jurassic Kingdom: Where Dinosaurs Come To Life, is an extraordinary, new animatronic experience, which will see life-sized DINOSAURS taking over parks across the UK, where visitors will be transported back to a time when they ruled the earth.

In a UK first, over 30 true-to-life dinosaur models and installations will tour major UK cities in seven months, where they’ll set up camp in parklands, ready to roar and snarl at those brave enough to get up close and personal.

Diplodocus heads will poke 16 metres above the ground, amongst the tree canopy as Triceratops escort their young through the bushes beneath. The ear-piercing screeches of the Pterosaurus will alert visitors to the danger in the skies above and guests must be wary of the spitting defence of the Pachycephalousaurus, in case he lurks around the next corner.

But wherever you are in Jurassic Kingdom, remember you’re never far from the ‘King of the Tyrant Lizards’ and the most famous dinosaur of them all – Tyrannosaurus Rex, standing 18 metres from head to tail. After an exciting trek around the twisting trails of Jurassic Kingdom, younger visitors will be encouraged to pick up their brushes and become budding archeologists in our Excavation Scene, where a T-Rex skeleton lurks just beneath the surface, waiting to be discovered.

Designed by Weli Creative – the team behind the sell-out Magical Lantern Festival – Jurassic Kingdom will kick off on April 1st at Osterley Park in London, where the dinosaurs will remain until April 17th.

From there, they’ll travel to the Welsh capital, where they’ll occupy a popular park location between April 29th – May 7th. Other venues will shortly be announced in cities including Bristol, Manchester, Blackpool, Glasgow, Newcastle, Leeds and Birmingham. Tour venues and dates will be announced on the event website

The tour will open in London on April 1st and will close on October 29th in Leeds. Tickets for London are now on sale at www.jurassickingdom.uk

Press release and images were provided by The Cult Pr.