10 hours on the Isle of Man 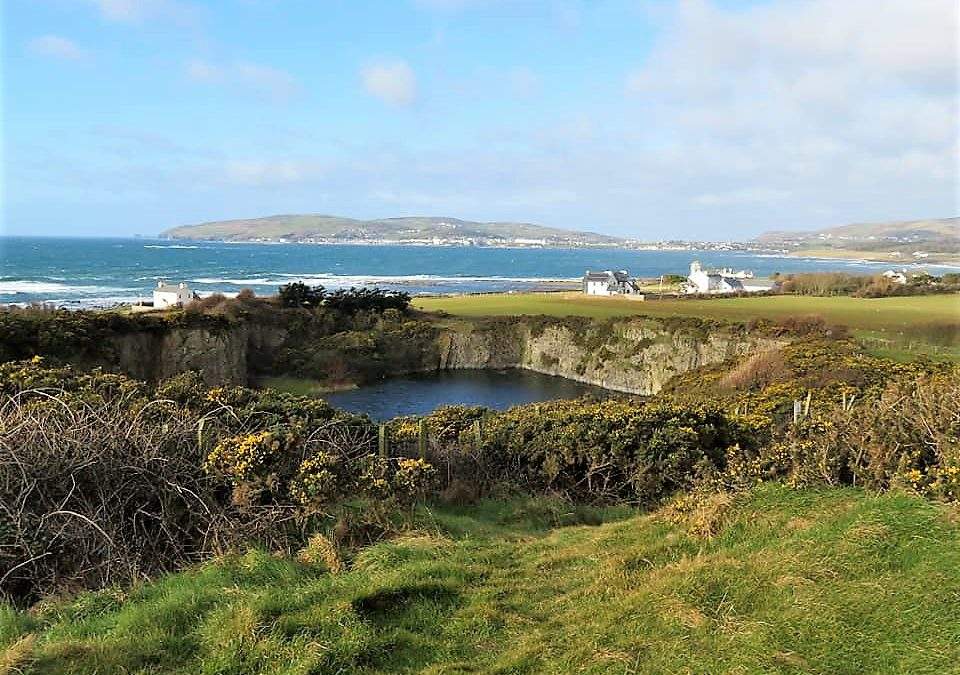 He told me it was a surprise but I could see he was bursting to tell me more. I’m good at biding my time. So, when I didn’t take the bait and ask ‘where are we going?’ He finally decided to drop hints. After about a week of not pursuing it, I decided to nibble the bait. ‘Hmmm is it France?’ I suggested. ‘No but you are onto the right path’, he said. I followed with Belgium, Jersey, and Guernsey, until I landed on the winner, the Isle of Man! I really was excited. It had been nearly three years since our last. This time the children would join us. February half-term, we all boarded an Easy Jet flight to the Isle of Man.

I could hardly wait for the children to find out their surprise was an air plane journey. Hubby said we had to up by 5am and ready to leave home by 5:45am. Armed with intel of our destination, I began planning our day’s itinerary.

We left on time and arrived at Gatwick by 6:10am. I could see the cogs in Angelo’s brain turning. He was trying to figure out where we were. He wondered out loud ‘why is the parking lot so packed this early in the morning?’ We suggested he read the signs.  Then, the penny dropped. We were at an airport!

They could hardly contain their little bodies for excitement. Once on board the plan, we settled in girls together boys together. Lil V was unusually quiet. Her excitement had turned into fear of the unknown. We held each other’s hands as the plan soared. When we were amongst the clouds, fear turned to amazement of the celestial views. By 9:45am, we were onto the Isle of Man. 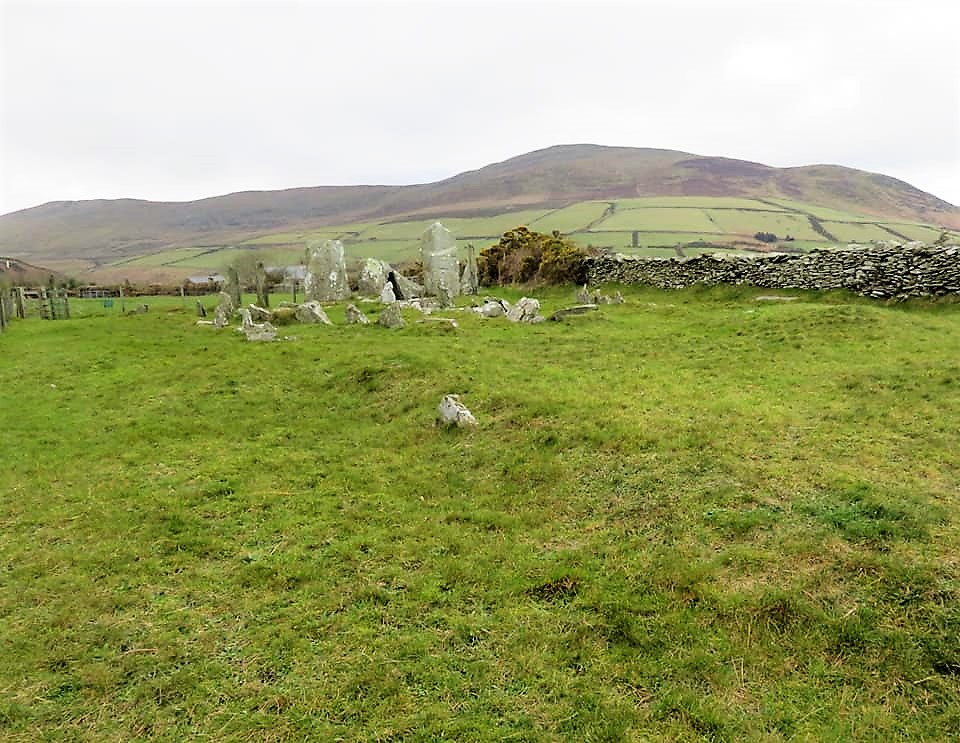 We picked up our rental car, first stop- Balladoole, near Castletown. We parked on the side of the road, and walked up a steep muddy incline to the heritage site. Entry was free. The air was fresh; the sky was a gorgeous azure with a few pristine puffy white cotton ball clouds. From on top the hill, the site opened up to a panoramic sea view. We explored the various spots of interest: Bronze Age grave, Viking boat burial and chapel foundation.

We drove on to Douglas’ town centre for breakfast and to visit the Manx Museum. Entrance was free to the museum. We spent an hour there. The interactive displays attracted the children the most. We were able to tie-in our trip to Balladoole by viewing the replica. We explored to isle’s natural history. There was dressing up area which had a theatre arts theme. It was hit with the kids. (FYI before returning to the airport we revisited Douglas. It was the busiest town during our visit. It backs onto the Douglas Bay with a view of St. Mary’s isle, also known as Conister Rock or Tower of Refuges. Tide was out during so we were able to see the rock and tower).

Another must see heritage site is Cashtal Yn Ard (Castle of the Heights), located in the parish of Maughold. It’s the largest Neolithic tomb in the British Isle and dates back to 2000 BC (free entry, limited on the road parking). The kids were asleep when we arrived. So, up another narrow muddy path I went, across what was probably a wide expanse of farm land into the gated area of the tomb. The weather had begun to turn by then.  It was windy and the skies were grey which gave a broody vibe to my exploration.

The Isle of Man is very picturesque. It’s the place for the explorer adventurers at heart. There are 18 mountain and coastal National Glens to be discovered. Due to the damp weather into consideration, I tried to find the best glen to visit with kids. I settled on Groudle Glen but they were too tired for a min trek. I only went as far as the first decent and returned to my family waiting in the car.

We had a late lunch in Peel. Then we spilt up, the guys walked into town. Lil V and I crossed Fenella Bridge, to sight-see Fenella Beach and the outskirts of Peel Castle. The castle/fortress was built by Vikings in 11th century and has been linked to Arthurian Avalon. It was mesmerising looking at the tide come from our vantage point on the stairs of the castle, at dusk. Down below the sea shells glistened in the fading light and the sculpture, before leaving we crossed the parking lot to see the sculpture of Fenella, herself. The piece was carved from a single piece of ash by artist Nick Barlow, he looked so mysterious gazing out to sea. 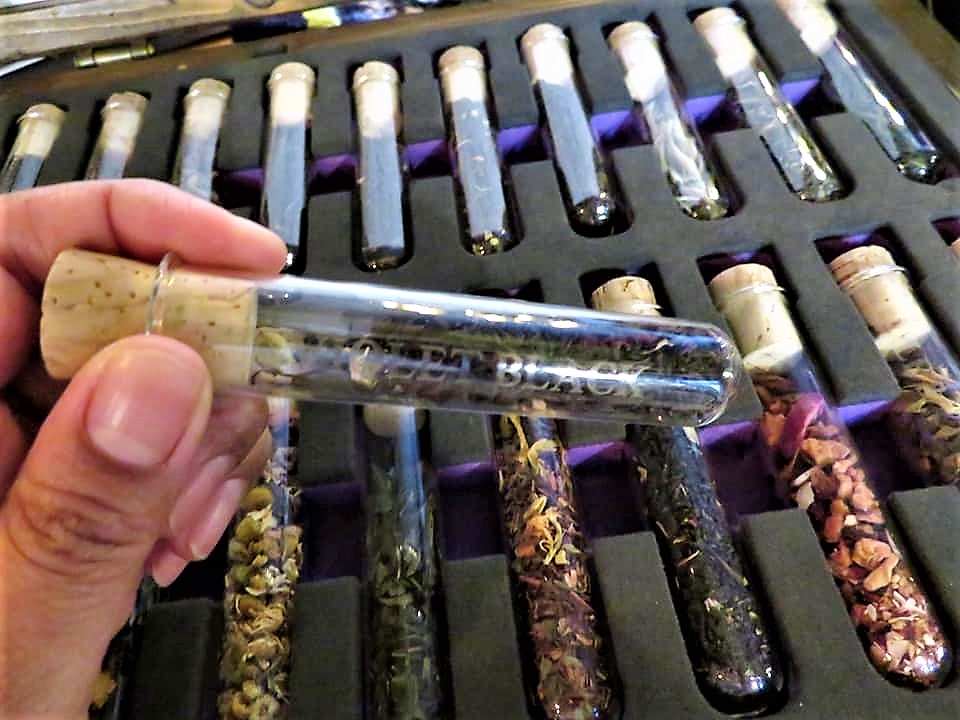 At The Tea Junction, in Douglas, you can pick your perfect brew. It has an old Hollywood charm with, dark walks with pictures of Marilyn and Elvis, velvet covered chairs and golden table tops. They offer twenty varieties of loose leaf tea, you can have afternoon tea with bubbles or G&Tea.

The waiter presented me with a box filled with vials of loose teas to smell and decide on my brew. I selected Black Violet (Chinese black tea, violet blossom, and flavouring).  There was a selection of cakes and macaroons but I didn’t have any.

We were back on solid ground in Gatwick by 9:45. It was a whirlwind visit but truly memorable.  The Children can now say they have and a flight time experience.

It’s funny what children remember and cherish, of all the things we did they loved the Tea Junction. As for me, I relished the tranquillity of the isle and the stunning natural views. There is so much to see and do that’s free, if you enjoy being outdoors (or history) as we do. Our 10 hours visit was a treat that I will remember for years to come.

What’s your most memorable getway? Or what’s your the short break you’ve ever been on? I’d love to hear from you. 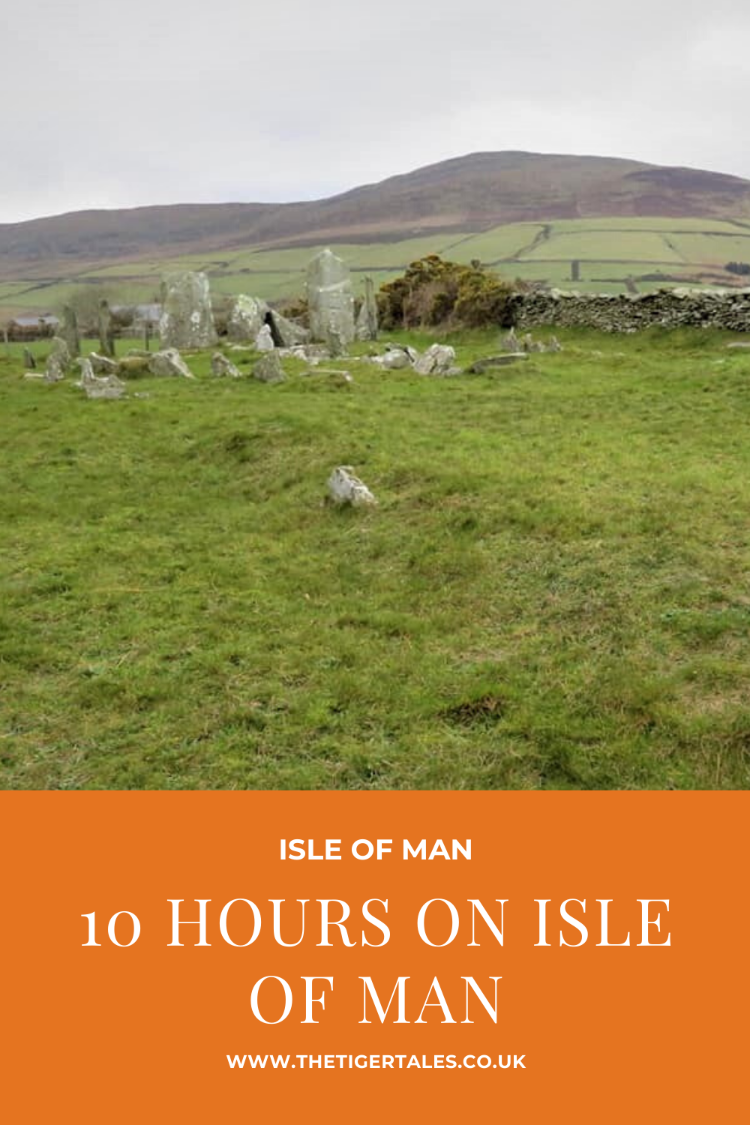