I will not forget how you made me feel: Maya Angelou 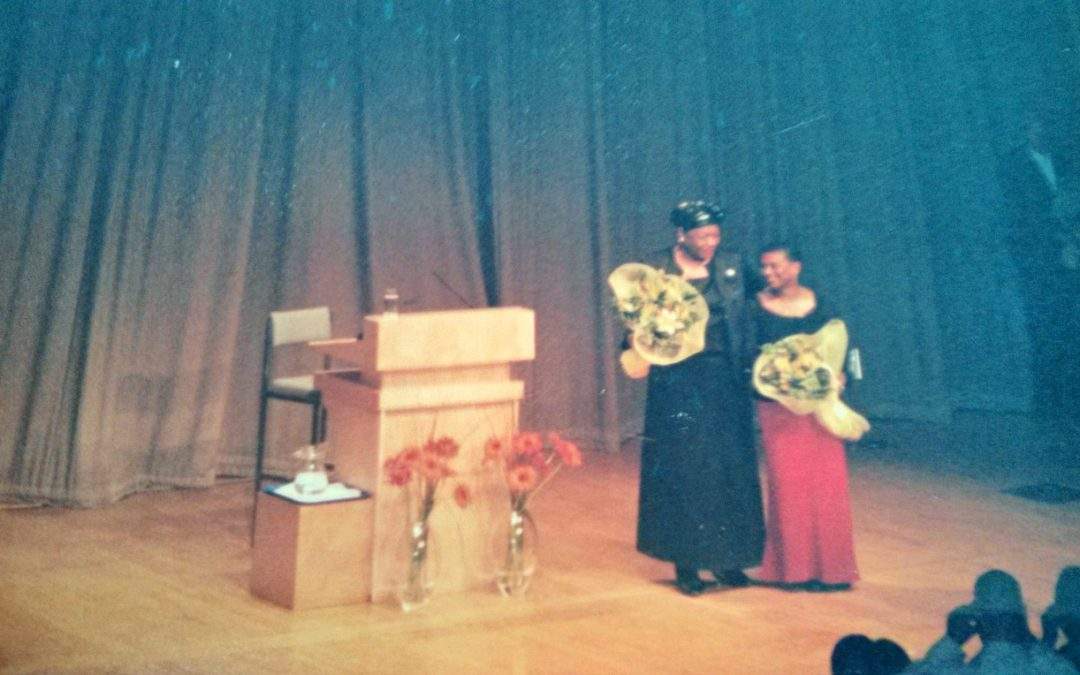 When I first was  found out via Instagram that Maya Angelou had passed away (28th May 2014), it felt like a punch in to stomach. I had read via Facebook a few days earlier that she was unwell, but I didn’t expect to lose her so soon. I didn’t know her personally. In fact, the only time I saw her in person was when I attended event where she was the main speaker. Yet,  it felt like losing the auntie that everyone in the family spoke about. You knew this auntie from the tales the family told. You got her. While it’s true that we all have to go sometime, that doesn’t make the loss any easier. I feel (and many others have said) as though she’d be here forever. Every time I saw her on the television or heard her name mentioned it was  like a confirmation of that feeling. None of us will know what it was like to be Maya Angelou unless we walked in her shoes. Nonetheless, we get an essence her because she shared so much with us.

What I learnt from Ms Angelou

I think I first learnt about Maya Angelou from my first boyfriend. He told me he had read I Know Why the Caged Bird Sings and he thought I’d like it. I never did read that title but I’ve read titles. Prior to having children I read a lot about many things. Since having children memory fails often.  I feel as thought there are segments of my life that have been shelved away from memory. Saw a quote after Maya’s passing and I totally agree with her. I’ve forgotten so much but I don’t forget the feelings.

What I Can Remember

What I remember about reading Maya’s books is that from the first page, the first line I always heard music, a rhythm. Her words flowed of the page and to me to the beat of jump-rope (skipping). I was there when she delivered the Memorial Lecture in memory of Stephen Lawrence, in London circa 2001/2. I remember that she walked onto the stage singing!

I didn’t know what she sang!  Only that did she sing but she sang calypsos too, in her day. I attended the event with a friend. While I can’t tell you verbatim what as said… memory fails be… AGAIN. I do remember feeling fired up. I felt that I could do anything and I had no excuses for not being who I wanted to be.

How  Ms Angelo Made Me Feel

I’m still working on perfecting me. I work towards being in harmony with myself. There will be people who will harp on about her past. They may fixate and sensationalise the rough parts of her early life but I think life is about working towards being a better you. I think its safe to say because she has touched so many people all over the world, because she has inspired and empowered so many of Dr Maya Angelou’s legacy speaks for itself.