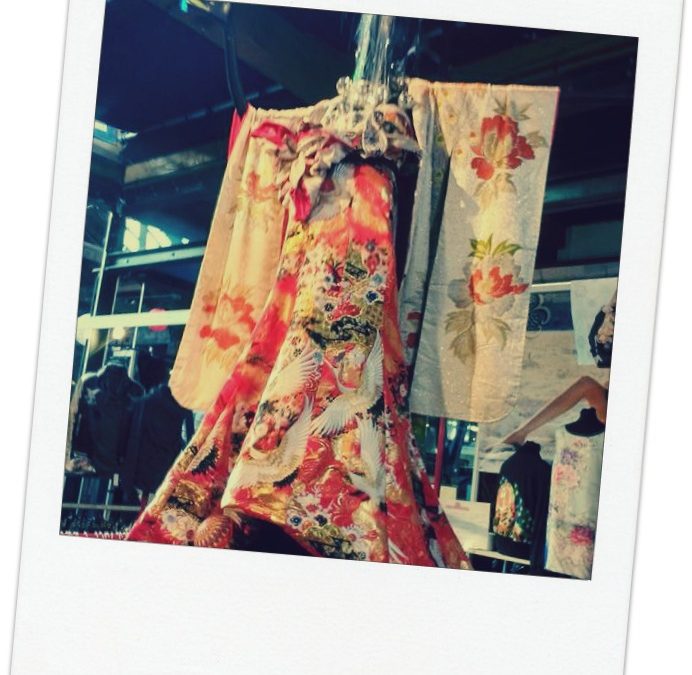 Last Saturday my family and I visited the Hyper Japan Christmas Market. I was granted a press pass for myself which allowed me entry to the event. It also made approaching patrons and vendors easier. While there we listened to live Japanese pop music, shopped, played games and snacked of course.  There was a fun-loving atmosphere, on the day. Hubby and I felt blue on Sunday.  The come down from a spectacular day out was real.  The Hyper Japan Christmas market was a celebration of everything cute, quirky, fantastical and cool in Japanese culture wrapped up with a pink Christmas bow.

We arrived at Hyper Japan, around 9:30 am on Saturday. Once inside it was a scene of Kawaii sweetness and cosplayers fantasy. Up until then, I thought people who dressed in that cute frilly child-like fashion were called Harijuku. Then I saw the Hyper Japan flyer mention Kawaii. I had no clue what that was so I did a quick search. I found articles about the cultural appropriation and racism committed by well known and loved American pop stars. In fact Harijuku is one of the cities in Japan were Kawaii fashion is popular.

According to the site Japan Powered Kawaii is anything that stirs feelings of love, care, and protectiveness*. It dates back to the 70’s when women began illustrating manga. I also learnt that a cosplayer is a person who wears costumes of fantasy or comic book heroes usually at a special event.  If I had not attended the event I would still be ignorant about that aspect of Japanese pop culture.

Hubby is an ole school gamer which meant we had to visit the gaming area. Heart of Gaming entrepreneur Mark Starkey was on site with his team. Heart of Gaming provided patrons with games across a variety of platforms, from arcade to console. Valentina was pleased as punch when she beat an older boy at Street Fighter. I think her enthusiasm gave her an edge. While Angelo looked like the cat who got his cream seated in front the massive screen playing the game. 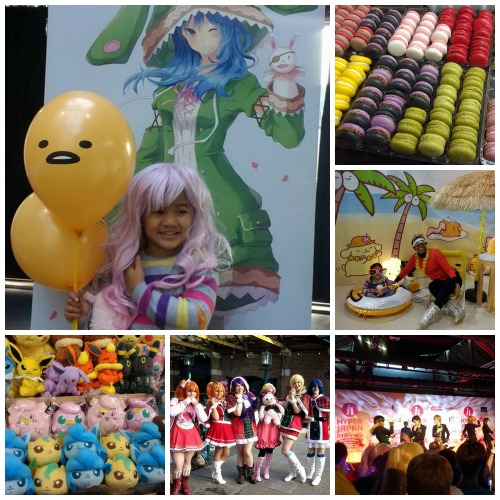 At midday we popped into The Hooper’s concert.  They are an “Ikemen” girls group which comprises of eight members all of whom were selected from the 5,000 applicants for cross-dressing group Fudanjuku’s Next Generation Audition held last autumn. It was the first time I’d ever heard Japanese pop music live. I enjoyed the energy and beat. Left to our own devices, Valentina and I would have stayed for the enter concert but the guys were hungry. We dined on tempura, noodles and macaroons. I always thought macaroons were French.  Turns out it’s also popular in Japan, there it’s known as makaron*! I noticed there was a selections made from green tea but we chose chocolate, lavender and strawberry for the kids.

Hyper Japan had a vast selection of products that would make excellent Christmas gifts.  There were traditional Japanese crafts, artwork and kimonos, the latest anime goods, kawaii clothing and accessories. There were also courses available for DIYers to do craft courses in the creative studio, ranging from paint-your-own kistune (fox) masks, to kokeshi doll decoration. The creative studio had a separate entry fee. Everyone looked so engrossed in their projects, I decided not to enter with my children. Before leaving we bought the kids a couple cute cuddles and Valentina had a little Kawaii inspired makeup.

Hyper Japan returns to the Tobacco Dock, summer 2017, 14-16 July. The line up will include: concerts, games, fashion, films, cosplay, technology, food and more. I can hardly wait! Visit Hyper Japan’s website for further details, or follow them on Twitter to stay in the loop.