Hobbledown: place of fantasy and fun 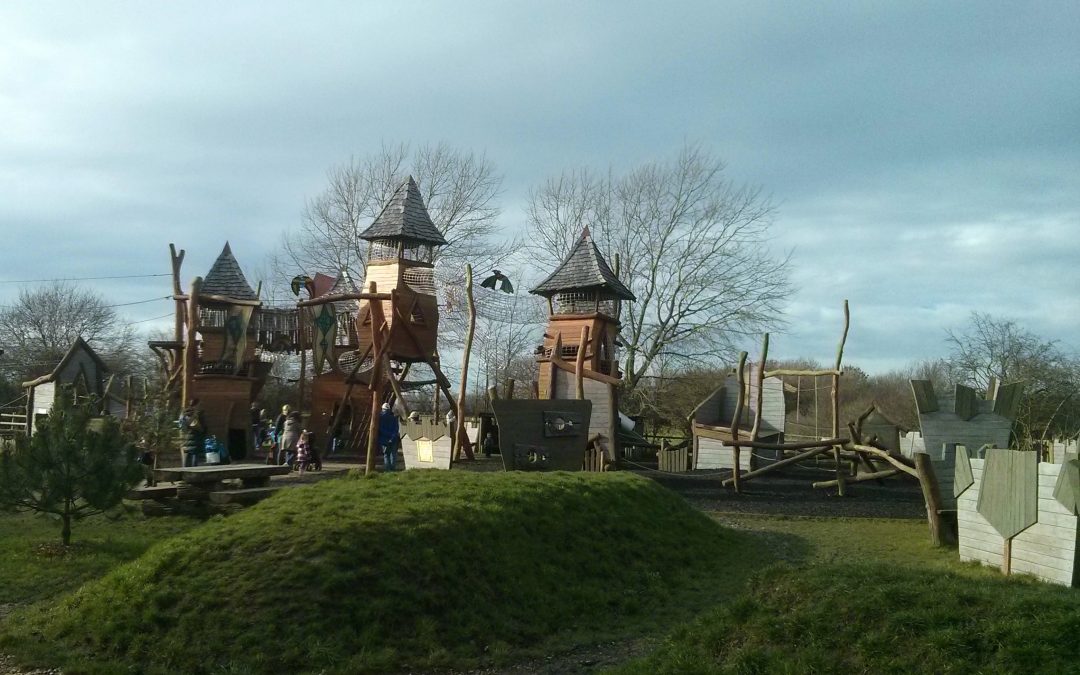 Have you heard the tale of Hobbledown? Well I hadn’t. Here’s a snippet from the mysterical tale ‘When Huck steps into a puddle of green glime it can only mean one thing … trouble. Where has Fern disappeared to and what is that strange tapping sound beneath Hobbledown?’ It’s from that tale that the concept and layout for Hobbledown’s children adventure park and farm was based. Late year last, I attended a blog event and hubby had the kids for the day. He discovered Hobbledown while trawling the internet for somewhere to take our kids. Although they had a good time the weather was not goo. They didn’t have the full experience. So, on Saturday, as we were celebrating Hubby’s birthday we went to Hobbletown.

I had no expectations. I knew nothing of the tale or the concept behind the facility. Hubby never mentioned anything. Once pass, the ticket barrier a world of mystery, wildlife and fantastical adventurous play awaits at Hobbledown. 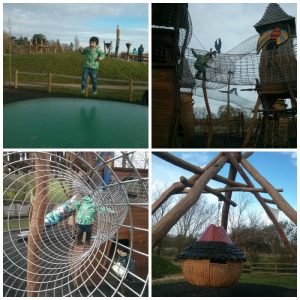 Oh, to see the joy on Angelo’s face while he played in the adventure playground at Hobbledown was priceless.

I was a bit jealous of Angelo having so much fun. Adulting can be boring sometimes … or so I felt untill he got stuck-up in the aerial walkway. I had to scrunch down climb the tower then shimmy across the walkway to ‘fish him out’.

After my ‘rescue mission’, I was more than pleased to leave the fun ALL to him. Although it was nice to see things from the perspective of the wire tunnel. The jumping pillow and giant basket swing where other features he enjoyed.

Valentina grudgingly stayed in the Ergo Baby carrier on her dads back until we went to indoor play barn. Once inside both children played together. Angelo opted to stay with his sister in the baby/toddler play area. The age gap is closing fast and that makes hubby and I very happy. We hate seeing Angelo play alone. At Hobbledown, it was the first time they played together in the same space. 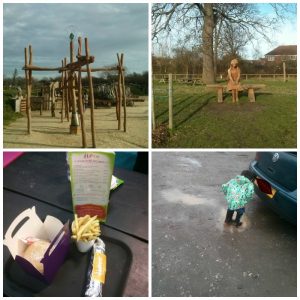 While at Hobble down we had a light lunch. I was totally pleased. I ordered a lemon chicken wrap, large fries and a kids’ lunch box. The wrap was very tasty, in fact best I’ve ever had… EVER! The chicken was well season, succulent the wrap was soft and fresh. The fries … shock horror… had no SALT! It’s the first time I’d ever eaten out and not had my fries dowsed in salt!

Outdoors and in the children had lots of stimulation. I learnt about a new animal, the Patagonian Cavy or Mara, just goes to show as they say ‘you’re never too old to learn.’

We exited via the gift shop, as you do. Angelo settled on a book about colours. At the till, I noticed green gem-like stones. When I enquired about them, I was told that the children could dig in sand area to look for them. If the child found enough green stones, they would receive a lollipop. I was also shown the book ( written by Angela Kecojevic and illustrated by Lyn Stone) which had characters and features from the tale that were dotted about the facility. THEN the penny dropped!

I plan to visit Hobbledown in the not too distant future. This time I’ll visit as someone who’s informed about the story and the concept which will enhance the experience.

I’m linking this post to the Country Kids blog hop. Why not stop by and see what other wonderful things there are to do outdoors with the kids, as well as the Parenting Pin-It Party.