Growl: with the animals book review 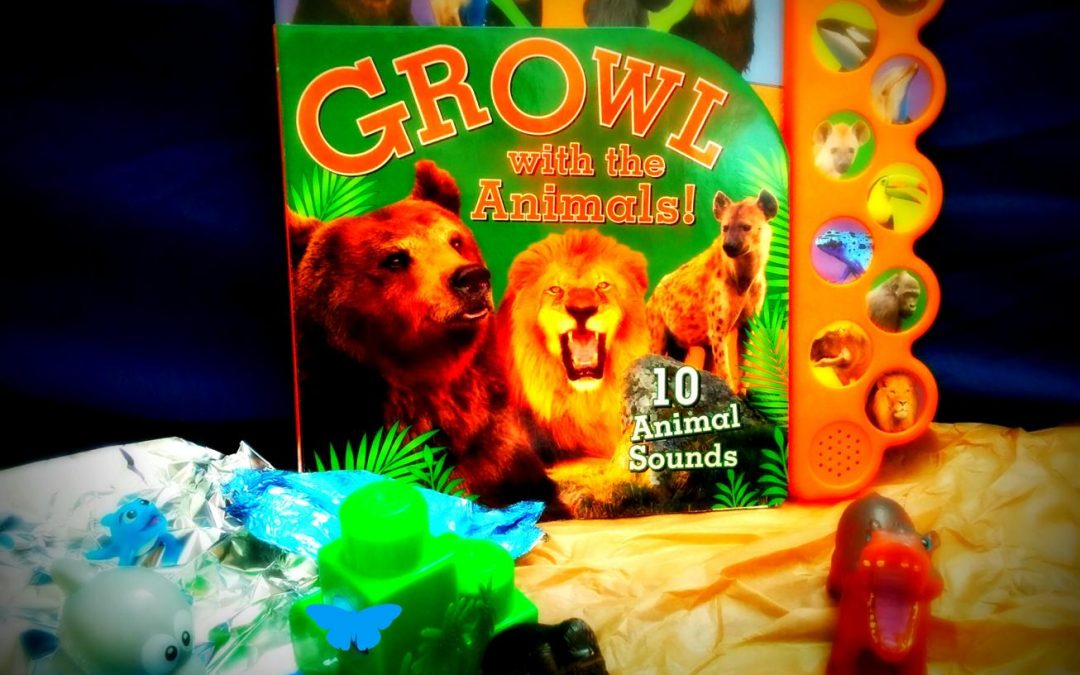 You can’t go wrong with a book that makes sounds. When I received the notice about Growl: with the animals, I was excited to trial it with Valentina. Although she has a good attention span and can easily look at a few age appropriate programmes back go back, she’s less ‘settled’ with books. Although, it can easily be used and enjoyed with slightly older children, tiny tots will love it just as much. Growl: with the animals was a hit with Valentina, so much so, she didn’t want to share it with her brother, Angelo.

I allowed Valentina to explore Growl: with the animals, on her own first. She happily pressed the buttons and tried to recreate a few of the sounds. I then read the words to her. There were times her attention strayed, she wanted to return to a page that interested her more. I noticed that she liked making associations to her own little life. I don’t know if she remembers seeing photos of me wearing her brother as a baby (we don’t have any photos of her like this) or she was moved by the picture of the gorillas. Nonetheless, she saw the gorillas and said ‘that mummy and that me’ pointing to the big and small gorillas. It’s a given that big cats are popular in our house. Naturally, she like the lion’s page. Angelo did have a chance to look at the book after much negotiation. He loved it too. Ironically later that day, Valentina chose the film Disney’s Tarzan for us all to look at. She and her brother went to fetch Growl: with the animals and during the film, they tried to identify animals from the book in the film and make the sounds. It’s the first time they have ever done that. I was very pleased to see them putting their competitive strike towards a fun educational activity.

Valentina’s best bits: The sounds and the pictures of the lion, gorilla and bear.

Angelo’s best bits: All the sounds but the lion especially.

My best bits: I was delighted by the animals selected for the book. It’s wonderful to see animals that the little ones are not likely to come across in usual animal books, for example the blue frog and the hyena. There’s a good balance between fun facts and pictures to keep children’s interests.

Growl: with the animals, has ten animal sounds. The sounds are of good quality. Little ones will enjoy trying to recreate the sounds. The sounds are also shown phonetic on the pages, which older children may enjoy attempting to sound out. Its a glossy board book which makes it very durable and easy to pass between children of varying ages.

Please note: This is not a sponsored post, although I received this product from the publisher for free trial for the purpose of this review. They do not exercise any editorial control over my review or anything else on this site.