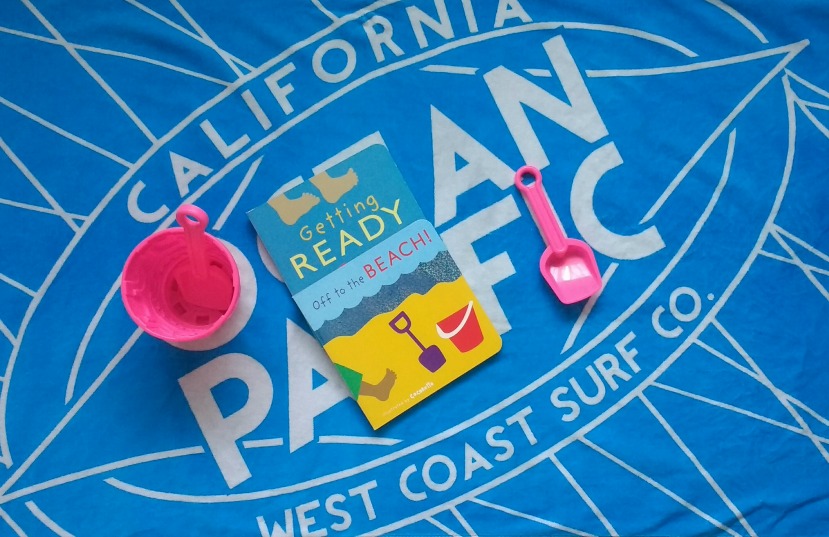 What the postman brought

When I opened the package from Child’s Play, Angelo immediately asked if the books were by the same person who wrote the book about the park. When asked why he thought it was, he replied because it has the same ‘golden glittery trail.’ Therein lies the one of significance of illustration and textures in children’s books, it grabs their attention and helps them differentiate writers’ styles.  I began my trial of Getting Ready! and Off to the Beach! One evening during story time with Valentina. She was attracted to the books and decided she wanted to tell the story. I gave the books to her and she proceed to make up her story as she went along. At the centre of her story was a baby girl whom she simply called ‘baby’.

On the second occasion, I asked Angelo to read the books to Valentina and I. His reading is coming along quite well. I wanted to test whether the language was simple enough for new readers to read or not. He read both books effortlessly and I was proud. Both children took turns lifting flaps and feeling the different shapes and textures. I pointed out the braille parts to which Angelo stated that maybe grandparents who can’t see well could read the book to children that way. I explained to him that people need to be taught to read braille.

Valentina’s best bits: She loves the different textures, the glitter, the fragrant treat at the end.

Getting Ready and Off to the Beach! are wonderful interactive books.  Boys and girls will enjoy it alike, there’s no gender bias. I appreciate the use of simple language which will allow new readers to practice their reading. Younger ones will not feel left out. They can craft their own stories time and again using the colourful images and different textures to guide them along, whether they are visually-impaired or not. All shapes and textures are true to life which is a bonus for little ones learning about their world and objects in them. Best of all the interactive push, pull, lift features will engage children’s curiosity and help them work on fine motor skills.

I was impressed that Angelo noted the bucket in Off to the Beach! made him think of the ball in Off to the Park! The books are durable tactile card books and RRP £12.99 each. They can be purchased from the Child’s Play website.

My kids and I absolutely love Child’s Play tactile books, Getting Ready! and Off to the Park! They continue to put the child and their imagination at the centre of the story.  I look forward to seeing what’s in store for the future. 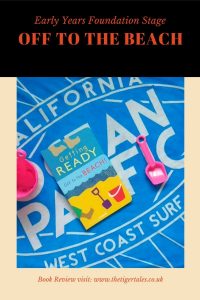