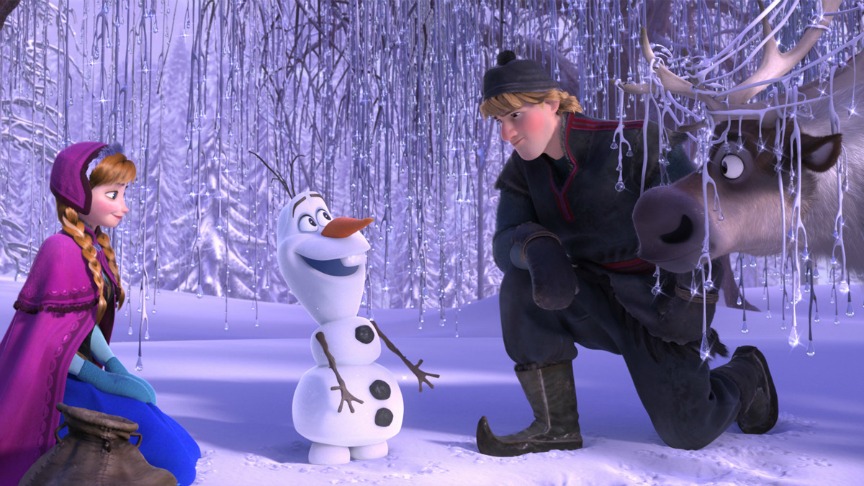 Over the Christmas we were spoilt for choice on freeview tele. Amongst other progammes (Doctor Who, The Snowman, We’re going on a bear hunt) there was Disney’s Frozen! Frozen entered our world when Angelo was three. Our family was never been the same. Angelo was so mesmerized by the film his personality bloomed in a way we didn’t expect. It continues to amaze us. He really got into the music, magic and sparkle. I’m sure we’ve heard ‘Let It Go’ in most of the known languages. Naturally watching Frozen on Christmas Day on BBC 1 was a must! Now that he’s older the sparkle of story has not died for him. He’s as blown away by it as the first time (in the same way that Valentina is about Moana). Disney’s Frozen has been warming our hearts for years.

As a family we were glued to the tele waiting for Frozen begin on BBC 1. From the first tune, ‘Vuelie’* (featuring Cantus), Angelo and I were enthralled. The dramatic hymn was inspired by indigenous Saami and Scandinavian culture. Halfway through Hubby and Valentina fell asleep. Angelo and snuggled up close and submerged ourselves into the story. At the ripe old age of 6 he now gets most of the humour and laughs out loud in all ‘the right places’. He asked the meaning of the song ‘Let It Go’. My reply was listen to the words and tell me what you think. In his innocence, he thinks Elsa wants to get rid of her ‘badness’, as he put it, and stop shutting people out. He claims he’s Kristoff but I know that’s not true. He’s been told often enough by his peers that Frozen is for girls and he can’t be Elsa. Deep down I know he identifies with Elsa because she seems to have all the power and big songs. Valentina likes Anna and I get why. Valentina is the joker in our family. She’s the one most like to trip and fall, get food in her hair and or burp out loud but thankfully not all at once. Most of all she’s fiercely loyal.

Disney’s Frozen turned three December 2016.  On the off chance you don’t know what Frozen is all about, let me tell you. Frozen was inspired by Hans Christian Andersen’s fairy tale ‘The Snow Queen’ which was originally published on 21st December 1844. There have been numerous retelling but I think Disney’s Frozen may be by far the most popular. It tells the story to two sisters, Princess Elsa (voiced by Idina Menzel)* and Princess Anna (voiced by Kristen Bell) who live in the kingdom of Arendelle. The two were very close as children but then Elsa’s magical powers puts Anna’s life at risk. Their parents decide to shut the family away and break direct contact with their community. However, with the passing of the King and Queen, the estranged sisters are ‘reunited’ on Elsa’s coronation day. The reunion was short lived for on the same day, in a fit of rage newly crowned Queen Elsa accidentally sets off an eternal winter in Arendelle. She flees to the mountains.   Princess Anna with the aid of Ice Trader Kristoff (voiced Jonathan Groff), his trusty stead Sven and the living snowman Olaf (voiced by Josh Gad), sets off to find Queen Elsa. Their mission: to convince her to bring back summer. As with all good stories Frozen touches on all the big human themes: love, hate, bravery, fear, loyalty, honesty, identity, family and friendship all embellished with song. Its a feel good film.

There is no sign that the phenomena of Disney’s Frozen waning. Long may it last but as parent to a son and a daughter I want to see strong male leads again. I’m all for girl power but I don’t want the boys to be left behind. Here’s hoping that Frozen 2 in the pipeline, I hope the men will shine as well. I’m liking this post to Jacintaz Three blog hop What We’re Watching Now. Pop by for family viewing inspiration.