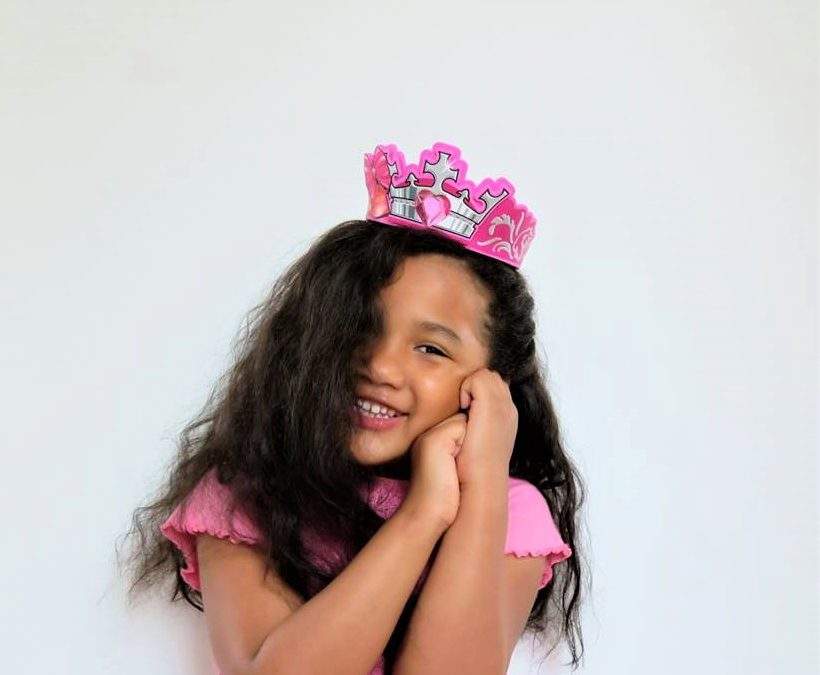 A few days ago, hubby pulled up some ole videos of our kids. While looking at them, it finally sunk in… we didn’t have babies anymore. We all had a giggle at their tumbles, spills and baby babble. What an eye opener for Valentina, though. She often gets frustrated being the youngest in the family. Vallie (or Suki because she wants a nickname) felt that she wasn’t growing fast enough. Seeing herself so small without the ability to speak or do very much was fascinating to her. Some days later, I took her to have her hair cut because she’d been requesting it for some time now. Three inches were cut from Valentina’s hair. She finally had her first hair salon experience, talk about a milestone for our little ‘big girl’.

Specifically, Vallie wanted her hair cut short in a bob hairstyle like one of her classmates. I explained to her that having her hair cut in that style would not have the same result for her. (Her classmate has straight hair) Vallie’s hair is type 2B curly pattern. Furthermore, I explained, it took five years to gain her waist length tresses. It would have a similar period amount of time for the regrowth.

It was tempting to say no to her haircut. In the end, I felt it was important for her to feel she had some control over her body… age appropriately of course. We chatted a bit more, about hair types, as well as the stages of growing up.  We settled on a trim for the time being which would allow us to get used to her shorter hair.

We took to Mane Event Hair Salon, Stockwell, London. The salon is run and owned by a family friend.  It’s also the same place Angelo had his first hair. Angelo was about 13 months, when he had his big hair cut. It was a milestone for him as well. Vallie was in her element. They made her feel like a princess. First her hair was washed and conditioned. Then, it was detangled and trimmed while damp. Finally, it was finished with a blow dry and tonged into loose curls which she loved.

We kept her hairdo simply because she had Kung Fu later that evening. Her hair looked much healthier and felt so silky. I couldn’t rest playing with it a little. 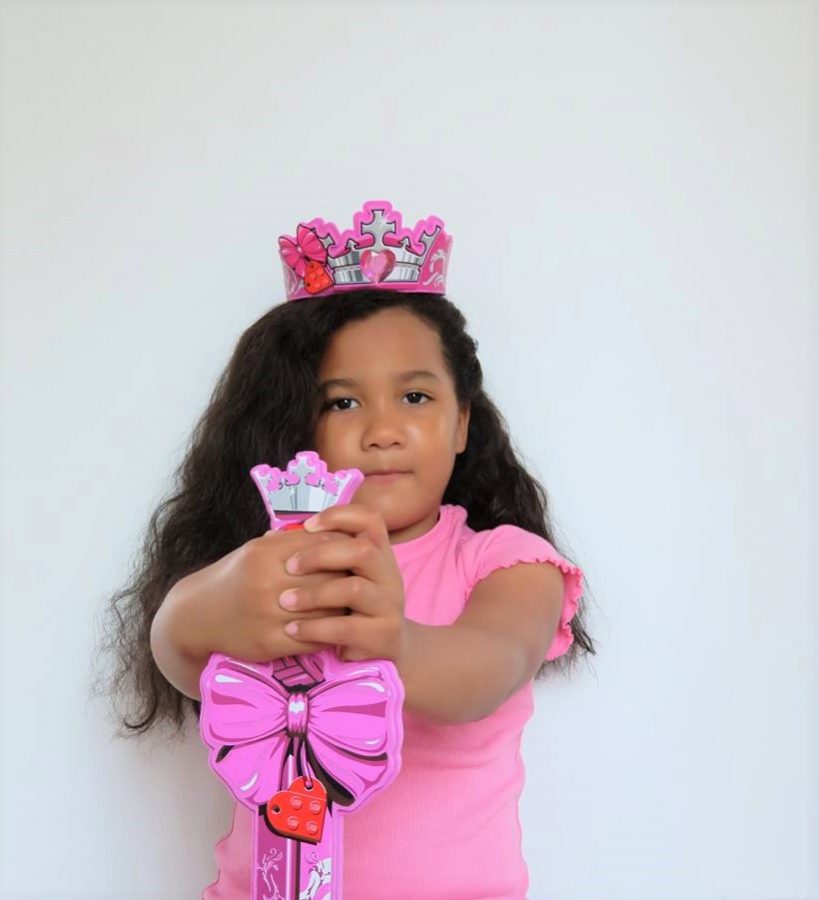 Come September Valentina moves into Year 1, another milestone. It’s likely she’ll begin swimming lessons at school. I’m contemplating cutting her hair to shoulder length. I don’t know. We’ll talk about it over the summer, and then decide. Once things for certain, she’ll hair will need regular treatments as a preventative measure against chlorine damage.

Do you have school aged little ones who swim? How to you care for their hair? Did you cut it? Any tips would be greatly appreciated. Feel free to leave a comment below.