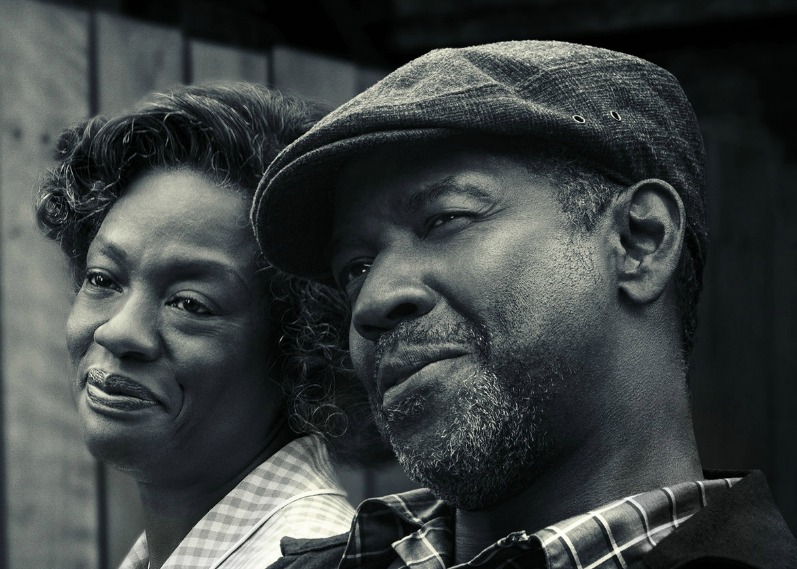 Many years ago someone said to me, I was the kind of girl who wanted the white picket fence.  Those words stuck with me because it wasn’t meant as a complement and because it was true.  For me, the fence was an aspirational ideal of domestic bliss and safety. In the film Fences based on the August Wilson play by the same name Troy Maxson’s (acted by Denzel Washington) friend Bono (acted by Stephen Henderson) tells him that Rose (acted by Viola Davis), Troy’s wife, wanted a fence to keep her loved ones close. Fences is a phenomenal film because quite simply it shows us the art and power of redemption.

As an English major at University of The West Indies, I studied the play Fences. It feels like a lifetime ago, but I could relate to aspects of it. For my end of semester exam, I opted to do an extemporaneous soliloquy as Cory speaking to his dad Troy. What I said, memory fails me but I spoke my truth in the moment and passed the course. I have no doubt adults in the black community worldwide will be able relate to themes in Fences.

As in the play, Fences movie explores the African-American experience in 1950’s Pittsburgh with all the raw anger, frustration, bitterness, injustice, friendship and love it entailed.  The play is the sixth in Wilson’s ten-part “Pittsburgh Cycle” of plays.1 Wilson’s plays start in 1900s with Gem in the Ocean and ends in 1990s with Radio Golf.  Fences follows the life of Troy Maxson the son of a poor sharecropper who moved up north in his youth. He struggled to build a new life for himself, so he began stealing, went to prison, learned how to play baseball, and then joined the Negro Leagues. 2  We see his relationships: marital, filial, familial and amity.

Troy is a bitter, frustrated, disillusioned man. As the breadwinner of the family, he battles with the drudgery of day to day life. He blames racism for his failure to make it into baseball big leagues. His wife, Rose suggests it was due to his age. Baseball analogies run throughout Fences, in the way of life lessons. Yet, in spite of racism Troy becomes the first ‘coloured’ garbage truck driver. Although I understood Cory  (acted by Jovan Adepo), I was intrigued by the character Gabriel. In the movie, he’s acted exquisitely by Mykelti Williamson.

Gabriel is Troy’s brother. He returned from the war with a severe head injury which affected his mental faculties. Mental illness can be hush hush in the black community but nothing’s hidden in Wilson’s work. Gabriel believes he’s the Angel Gabriel. Angel Gabriel of the bible is the angel of the Incarnation and of Consolation, and so in Christian tradition Gabriel is ever the angel of mercy.3 The earth angel Gabriel allows us to see a softer side to Troy and reminds us of compassion in the movie. When the time came, Gabriel remembered his job to blow God’s trumpet at the end of the world, 4 or in the case of the movie, the end of an era. The tension between Troy and Cory transferred well onto the big screen, so did the love and disappointment between Troy and Rose.

The cinematography captured the still tense moments, with close-ups delving into the eyes, then moving out to capture the big theatrical moments. Viola owned her space. She’s never overshadowed by Denzel’s great presence. The chemistry and interplay between them was authentic to their characters’ truth.

Fences will go down as a great classic.  It’s 12A rating and runs for 2 hrs 19 mins. While there’s no nudity there are references of a sexual nature that maybe unsuitable for children under the stipulated age. Barring the aforementioned, I think as many people as possible should see it, for the life lessons and the art of good cinematic viewing. Its now showing in cinemas nationwide.