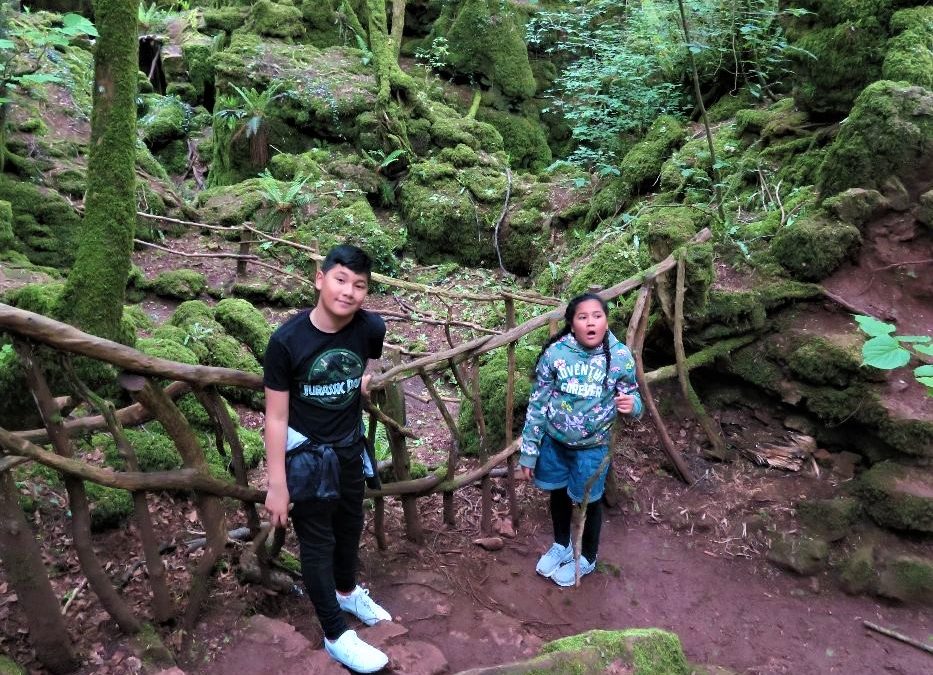 I left my heart in Forest of Dean. Since my family and I visited the area Winter 2018, I’m always looking for a way to return. We stayed in Lydney and Puzzlewood was one of the attractions I wanted wanted to visit. Winter 2019 we stayed in Cinderford , but Hubby and I were poorly over Christmas and didn’t have the energy for too much adventure. This year we had the opportunity of a press visit. Let me tell you, it was certainly worth the wait! Puzzlewood is woodland where fantasies are created.

Puzzlewood fascinated me because of the ancient trees but there are also rock formations and secret caves! The unique geological features of Puzzlewood are known as scowles. The ‘rocky formations developed millions of years ago as water erosion of carboniferous limestone created natural underground cave systems. Over time, uplift and erosion exposed those cave systems at the surface.’

Being a Merlin fan, my other reason for visiting, was to spot the areas where the BBC series was filmed. 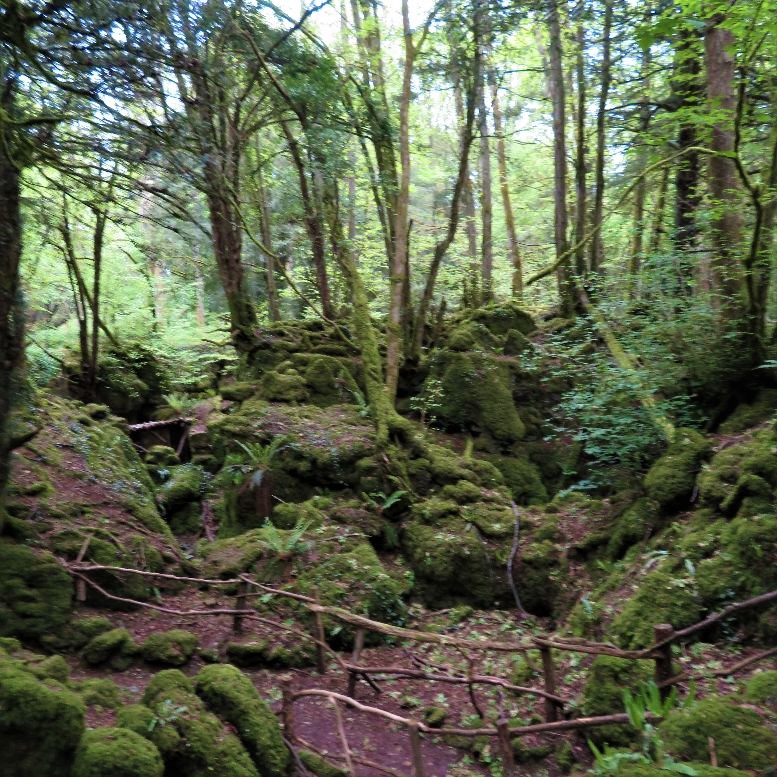 Puzzlewood is used as a filming location  for variety of TV series and films, from Tree Fu Tom (CBeebies) to Merlin, Star Wars: The Force Awakens and more recently The Secret Garden. Their website states that Puzzlewood was featured in all five series of Merlin. I could certainly recognize the landscape in Series 3 Episode 8 Eye of the Phoenix and Series 4 Episode 5 His Father’s Son, possibly in Series 3 Episode 6 The Changeling and Series 3 episode 7 Castle of Fryien.

During our visit I had hoped to point out some the spots shown in the series, honestly I was so excited I lost myself in the experience. Although the iconic Puzzlewood bridge can be seen in the Merlin Series 3 Episode 8 Eye of the Phoenix. In the episode, young Prince Arthur Pendragon goes on a quest to find the Fisher King. He arrives at the bridge and meets Grettir there.

Our Time at Puzzlewood

We visited Puzzlewood on the Saturday of the last Bank Holiday weekend in May. Our arrival time was arranged for 3:15pm. It the perfect time to visit because it was the wood wasn’t overly busy and the sun wasn’t too hot. The kids we excited to explore and I was in awe. Together we crossed the bridge and to start the sign posted route. Oh! The birdsong as we entered simply set the tone. Breath-taking. 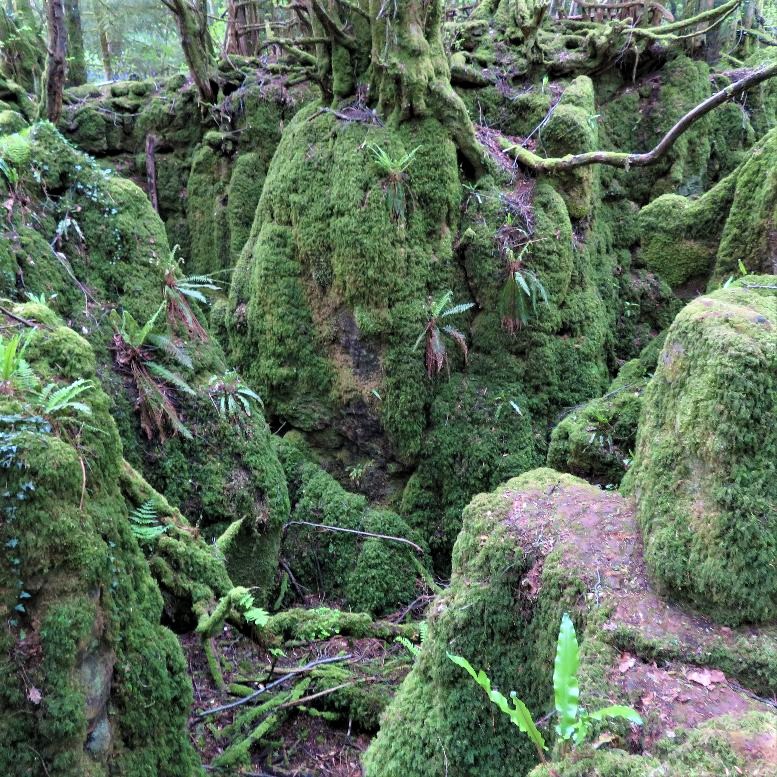 Some paths were quite muddy and slippery probably because of the rains, the week prior. As much as we go exploring as family, my kids don’t like mud. Fortunately, or unfortunately for them, their mum tends to head into the woods on a wing and a prayer, like some ancient ancestor will lead the way. I didn’t pay close enough attention to signs, so at one point we went of course. They were not happy bunnies despite the fact that there were other families in the woods. I didn’t help matters that their dad was calling to find out where we were. He was waiting to above with the camera to film us.

Honestly I had a hoot and once they were back with their dad they could admit it was fun! On a serious note; visitors must stay on the signed posted path and in your groups at all times.

On exciting the woods, the smell of garlic could be caught on wind. It was then, I realised the pretty white flowers that surrounded us was wild garlic. It’s can be used for culinary purpose. FYI: don’t pick the flowers in Puzzlewood.

Other Attractions And Amenities

Puzzlewood is home to a deer, badgers, foxes, rabbits and a wide variety of birds. During our visit we only heard the birds. There are also animals that you are allowed to pet such as with goats, donkeys and Shetland ponies. Both children loved having the chance to see the animals up close.

The café sells a selection of snacks, sandwiches and beverages, as well as a small variety of gift items. Toilets and baby changing area are also available. 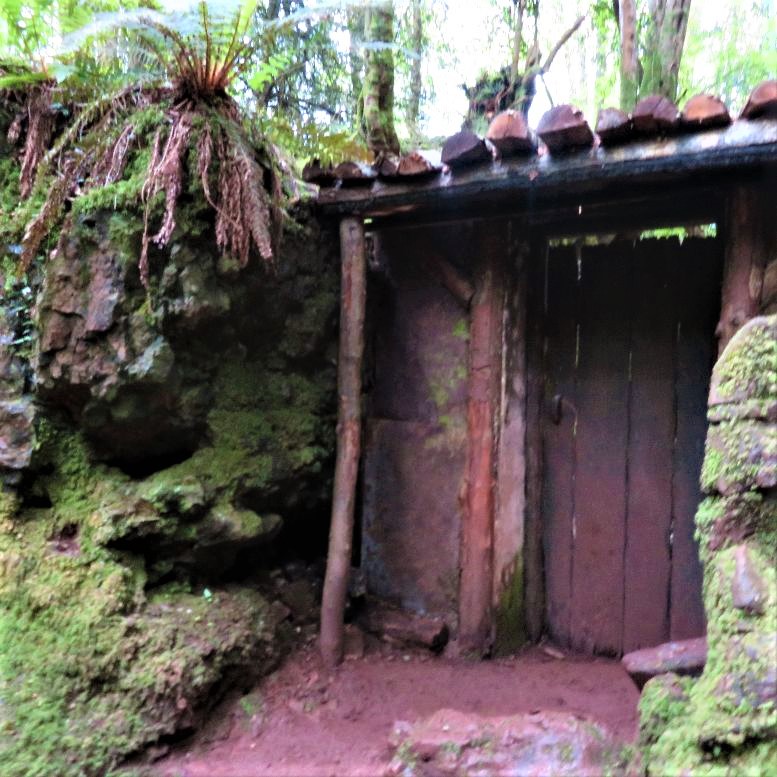 If you love the outdoors, Puzzlewood and Gloucestershire is the place for you. Perrygove Railway  is less than 5 minutes’ drive from Puzzlewood on the same stretch of road. We actually visited the railway earlier in the day. It was good fun! Then, the Clearwell Caves are just a few minutes away from both attractions.

From London, Coleford, Gloucestershire (where these attractions are located) is just under 3 hours’ drive. Depending on the ages of our children it can easily be a day trip. However, if you prefer to make the visit a mini staycation Puzzlewood has self-catering cottage accommodation. You’ll have to visit the website to check availability and plan your visit.

I’ll leave you with the sights from our visit to Puzzlewood. If you recognise any of spots where any of the small or big screen shows were filmed do comment below.

If you planning a visit  whatever the weather, stay on the signed posted path. Have you visited in the past, do let me know what you like the best. I want to hear from you.