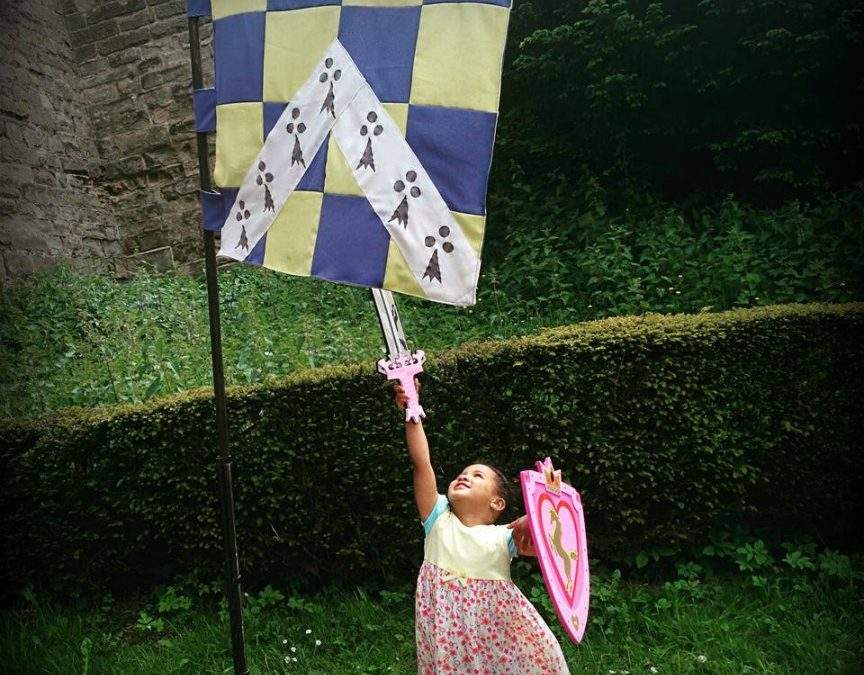 I’ve known about the Merlin Annual Pass for a few years but the kids were too young. At five and three, they can finally have more choices of rides to go on at amusement parks. Earlier this year when there was a sale on,  Hubby and I decided to purchase passes because we would not be travelling abroad. Then, I told my mate Mrs H. She and her Hubby bought passes as well. Our families are close. We have both booked a week off for the summer, so we can holiday together. We are taking the kids to LEGOLAND Windsor.  Last Bank Holiday weekend in May my family and I visited Warwick Castle, on our Merlin Annual Pass. It was amazing! The tigers’ prowled around Stratford-upon-Avon and Warwick was a success.

Over Nighting In Redditch

After school on the Friday of the Bank Holiday Weekend, made our way out of London. As you can imagine, by the time we hit the M25 there was a traffic jam. We arrived at our Holiday Inn Express, in Redditch around 6:30pm. Our dinner was a buffet dinner at, The Real China, Kingfisher Shopping Centre but it was not part of our hotel booking.  Everything was fresh, tasty and the ambiance elegant.

Back at the hotel freshened up and it as lights out for all by 10pm. We were all excited for the next day to arrive we twined our trip to Warwick Castle with a visit to Stratford-upon-Avon.

A Day in Stratford-upon-Avon

I’ve always wanted to visit Stratford-upon-Avon, and this could to have been a better time to visit. 2016 marks 400 years since Shakespeare’s death. There are celebrations all over the country but were going to his birth place. All done to Hubby’s quick and thoughtful thinking.

We started on at the Shakespeare Centre. As it happened, when we visited on the day there was celebration around the town for town for Shakespeare’s birthday. 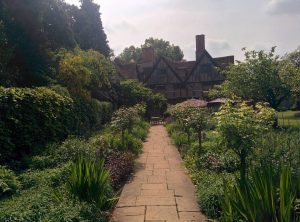 On the Saturday we collected our town houses pass from the Shakespeare Centre (also known as Shakespeare Birthplace.) It entitled us to visit town house of note in the town centre: Shakespeare Birthplace, Halls Croft (former home to his daughter Susanna and her husband Dr John Hall) and Harvard House (built by the wealthy merchant Thomas Rogers. His grandson, John Harvard, was a founding benefactor of Harvard University). There are other types of passes that can buy and they are valid to use for one year. These are not Merlin Annual Pass attractions. 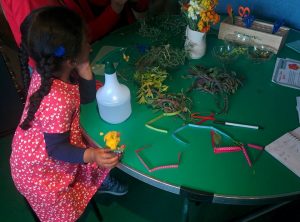 As it was a bank holiday weekend leading into school half term there were all sorts of events for kids. We visited on the Saturday, so the kids have chance to view live Shakespeare performance (we even joined in on one), they went on object hunt around the houses.

They also made tussie mussies. In Shakespeare day these were used to ward off diseases which back then people thought was caused by bad-smelling air. 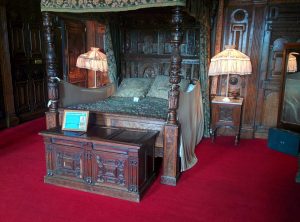 On Sunday off to Warwick Castle we went. It was a glorious sunny day. After parking it was a twenties minutes’ walk up to the castle, this gave us a chance to glimpse the works being done to create the new Knights Village being constructed. From July 2016 patrons will be able to book a stay there.  On arrival walking through the gates we got a panoramic view of the expansive peacock garden, with live peacocks strutting themselves. I knew it would be a busy day, so, I went immediately to the princess tower for tickets to the next available time to visit. We were given 2 pm slot.

In the meantime, we walked around the grounds and visited the Great Hall, State Rooms, Bedroom, Boudoirs so on.  From what I believe to be The Queen Anne bedroom, there’s a spectacular view of the river Avon, and a mill. . It was breathtakingly. In the Earl of Warwick’s bedroom there was a real lion skin rug! We had lunch then off the princess to we went to listen to the story of Princess Felice, it an enchanting setting. The kids in attendance all seemed to enjoy the tale the chance help solve the riddle which would reunite brave Guy of Warwick and Princess Felice to live happily ever after. 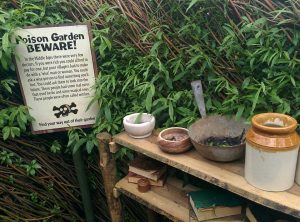 It had been a long day and little Valentina was tired. She lounged with her dad on the castle grounds. Angelo and I went off to the Horrible Histories Maze. It was fantastic! We had so fun, although we kept running into dead ends. The maze wasn’t too high, maybe 3-4 feet, so most participants could see over the wall. I wasn’t scary or claustrophobic. Best of all we learnt small snippets of historical facts and spotted objects of interest along the way.

We missed the Flight of the Eagles show as well as the knightly re-enactments. I didn’t’ have a chance to try archery either. Nonetheless, we had a memorable visit. I certainly want to visit again and know the kits would love it too.

So far we have used our pass five times this year. We’ve already ‘made our money back’ so to speak. Its good value for money.

Visit  The Tiger Tales on Facebook to see more photos from our trip. Next Merlin Pass stop LEGOLAND Windsor!!!