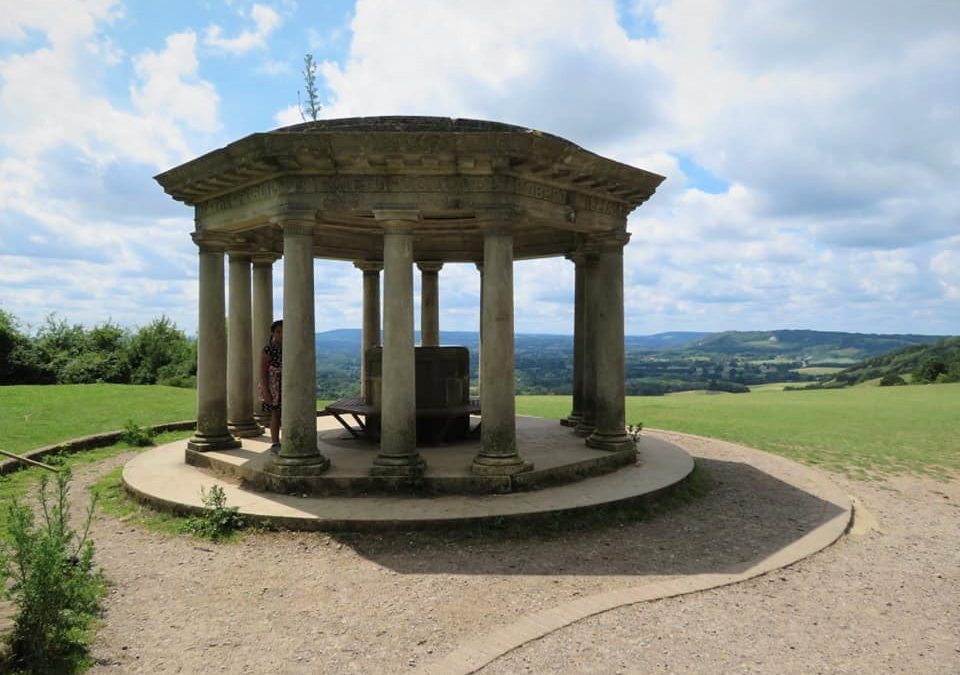 It’s been near six years since our last expedition to the Surrey Hills. Hubby is not one for nature walks. He’s a city boy through and through. If one good thing can come of the Covid-19 pandemic, it that people like him will embrace the outdoors. We also have the bonus that the kids are well past their nappy and buggy stage. They are born explorers like their mum and are always up for a nature walk. We recently visited Colley Hill which was recommended to hubby by a colleague. Lucky for, one of the attractions on the hill was on my growing list of places I was telling him we so visit. Although restrictions are slowly being lifted in England we are still social distancing. For the foreseeable future, we will be exploring our ‘back yard’ so to speak. First stop Colley Hill which is part of the National Trust on the Surrey Hills. 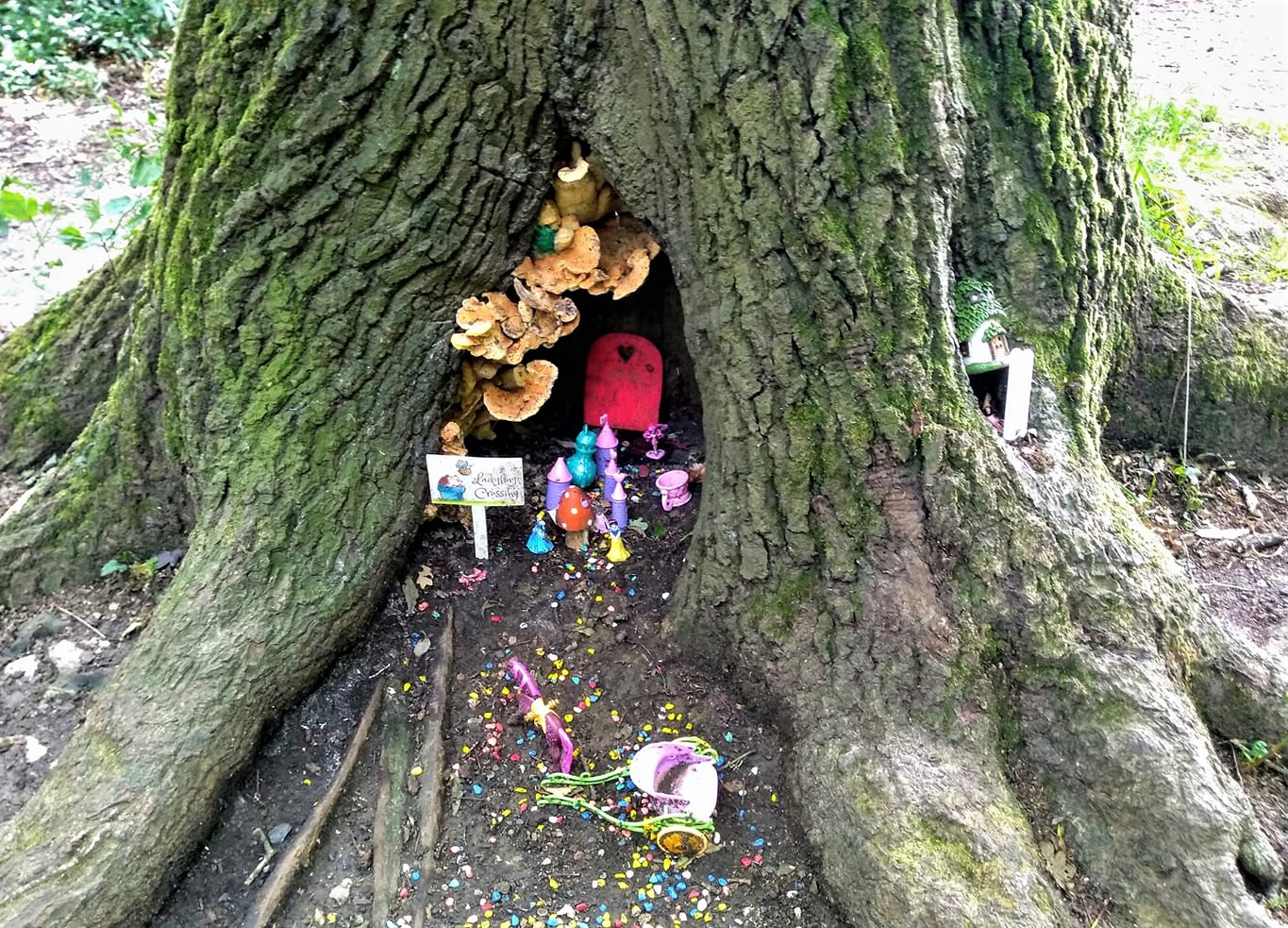 Getting to Colley Hill

Colley Hill is part of the Margery Wood, Walton Heath and Colley Hill walk. We drove there and parked at the National Trust car park which is at the end of Margery Lane  which is on the turn off the A217. If you are coming from central London way the drive would be roughly 1 hr and 35 mins. The car park is not that big.

The walk being north of the car park. It’s wide with enough space for families to go past in a respectfully socially distant manner. We went on a sunny day, so, the earth was dry but on a muddy it’s highly likely to be muddy. Walking boots or wellies would be best if there was rainfall.

The walk is 6.1 km and can take up to 3 hrs and 30 mins depending on your pace. We opted for a shortened version of the walk albeit for the kids’ sake.

Points of Interest on Colley Hill

At the top of the of the hill the view is panoramic. As far as the eyes can see there rolling hill, trees, as well as home and farms below. Walked up to the Inglis Memorial.

Inglis Memorial was donated to the Borough of Reigate in 1909 by Lieutenant Colonel Sir Robert William Inglis. Back then, it was drinking fountain for horses at the top of the original main route over Reigate Hill. Now it features a marble compass and the ceiling has a stunning mosaic of azure and gold illustrating an astrology map. 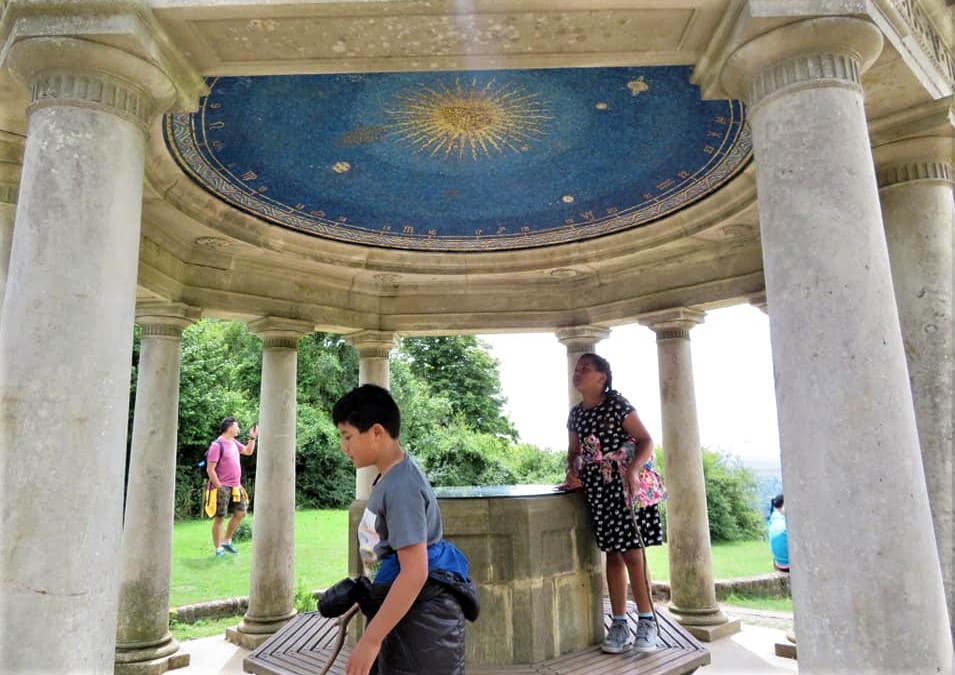 If you are doing the full walk there are facilities along the way. See the Surrey Hills map. However, for the part of Colley Hill we visited, there are no cafes or toilets in immediate vicinity of the memorial. Nothing obstructs the sprawling natural views on the hill. It’s ideal for picnics. Little adventures can roam the woods with their grownup or frolic along the grassy summit of the hill.

We created a vlog to capture the highlights along out walk. At the time, of filming I didn’t know our walk would take us to the memorial. I was equally thrilled and gutted. I was gutted because I didn’t know enough about the attraction prior to seeing it.

Do you have a recommendation for us? What is your local gem to visit? Comment below, we would love to hear from you.