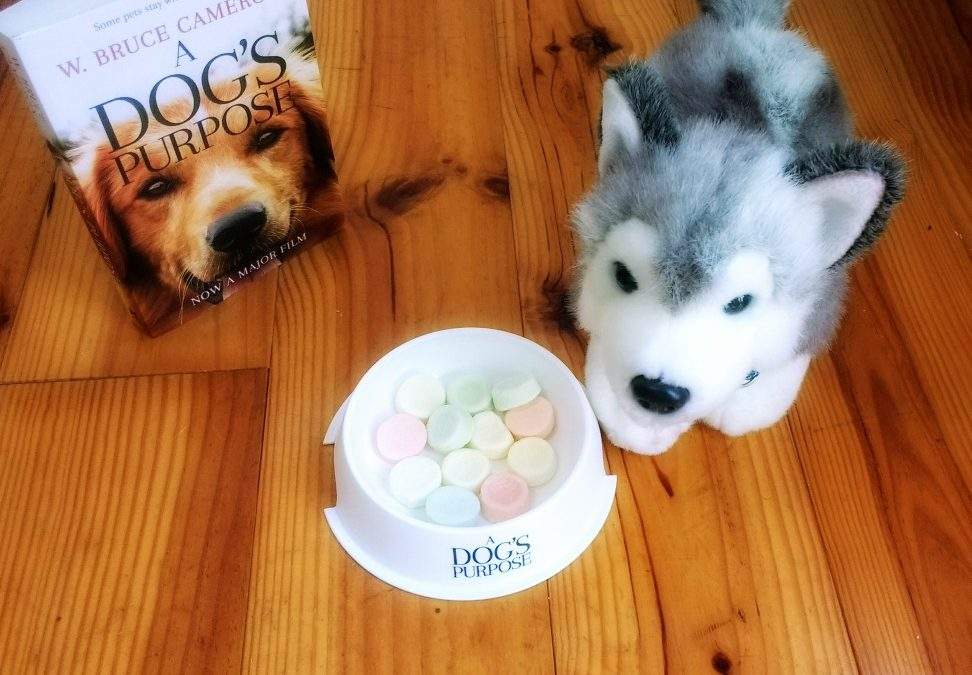 In preparation to attending the screening of A DOG’S PURPOSE showed the kids the trailer. Valentina was not interested. I expected that because she’s too young to understand the entire story. Angelo, however, was happy to see the film. He mentioned that he would be scared to see the dog die. I explained that may happen but the story was more about the dog’s ability to be reborn and how magical that would be. A DOG’S PURPOSE follows the life of Bailey, the dog, and his pursuit of understanding the meaning of life through several lifetimes. Bailey’s sage advice in A DOG’S PURPOSE is to ‘be here now, life live’.

A DOG’S PURPOSE is a charming thought-provoking film. As the story unfolds we follow Bailey as he tries to understand the ‘point of life’. The film is rated PG and runs for 1 hr 40 mins. Having Dennis Quaid (staring as Adult Ethan, Bailey’s first owner) as the top billed actor, you can expect an all American romanticised story line. As enchanting as the story is, there are scenes of violence that some younger viewers may find scary. Angelo was mildly distressed at those parts but I reminded him it was only a film. The trailer didn’t prepare us for those scenes. If I had known I probably would have viewed the film alone; that said by the end of the film he’d forgotten all about it. He had nothing but good things to say the film.  It might be better suited for 8+ years. For the scenes when Bailey passed away, they were handled with care. His passing-over looked magical, even though the circumstance leading up to them were sad. On a few occasions Angelo said “my eyes are watering”.  I think he was shocked and slightly embarrassed but I let him see my tears too. We cuddled through the sad bits.

The film spans decades from the 60’s to about the 90’s. Yes, Jheri Curls, padded shoulders and Dynasty feature. It allows us to experience the light-hearted side of life. We witness the world change as Bailey learns more about himself, his surroundings, his owners and the cure for their loneliness. While Valentina was not captivated by the story, Angelo followed it and totally understood it. I know this because at intervals I asked him what was going to happen and his predictions were spot on.

Dog owners were allowed to attend the screening of A DOG’S PURPOSE with their dogs. It fascinated me how the dogs in the cinema responded to close-ups of Bailey! Every time the camera zoomed in for a close up of Bailey, they barked, not aggressive but more a “hey you, hi!” In dog speak, I guess. I thought that was so sweet!

A DOG’S PURPOSE is funny, engaging, emotionally charged and philosophical in way.  If you want to learn to live in the now, go see Bailey. Seems to me ‘a dog’s purpose’ in not unlike the human purpose: to be brave, live, give and love.