5 Hours in The Ancient City of Rochester 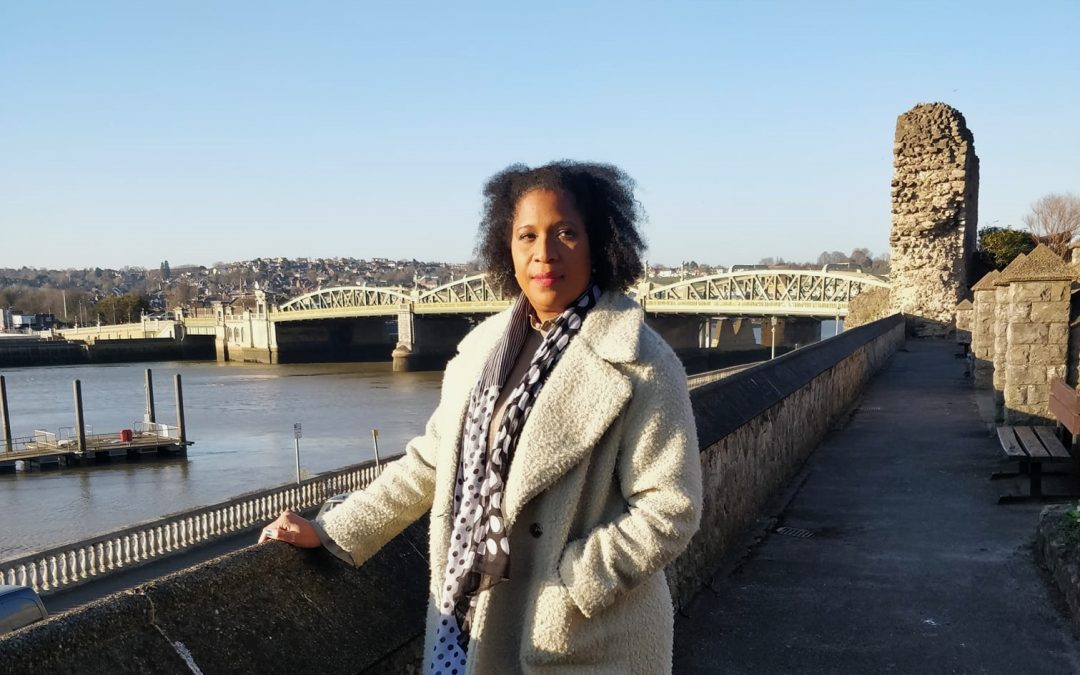 Last Saturday was a gorgeous sunny day signalling the start of spring. Well! What better time for train ride to explore a new destination?! I alighted at Rochester Station, met my mate Ms R and headed off for a walk about. What the Dickens did we get up to you ask? We stayed near Rochester’s high street. Ms R and I went café crawling along the cobbled streets, chit chatted, spotted Dickens references, as well as, stopping by local attractions.

A Brief History of Rochester

According the Society of Rochester, there is evidence that there was a settlement in the area known as Rochester, before Roman occupation of Britain in AD43: ‘

The Romans almost certainly built the first bridge and fortified the town, which became known as Durobrivae – ‘The Stronghold by the Bridge’. The first Christian church in Rochester was established in AD604 and Justus, a contemporary of St Augustine, was appointed its first Bishop. The Norman’s recognised Rochester’s strategic importance and a castle was built here soon after William’s Conquest of 1066. The city received its first charter, from King Richard I, in 1190.’

Through the centuries, many of Kings and Queens of England have visited Rochester. One of many other notable visitors was English painter and social critic, William Hogarth. He stayed at the Crown in 1732. While and residents include Dickens (who grow up in Chatham and lived in Gad’s Hill Place) Today, Rochester is administered by Medway Council, a unitary authority created in 1998 which includes also include Strood, Chatham, Gillingham and Rainham and several other rural parishes. 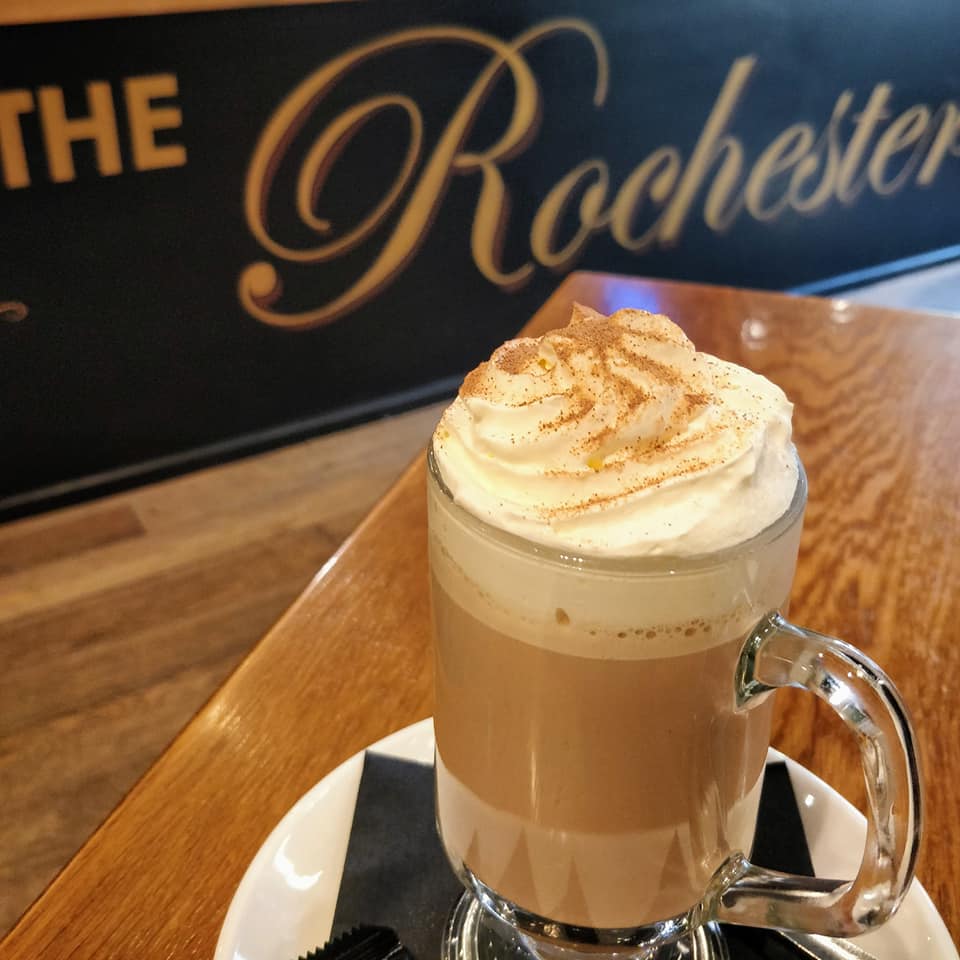 Locals say Rochester is on its way to becoming the coffee capital of Kent. There are 30 cafes  in less than a third of a mile. You can even have a tipple in your hot chocolate, or as part of your cream tea experience. At The Rochester Coffee Co  I had a Bailey’s hot chocolate. While at Crepe and Co  I opted for a prosecco with a savoury crepe. Mind you there are quite a few beer gardens as well, if you are after a place to watch footy and hang out with mates.

Rochester serves up not just food but an experience. It cherishes its quirkiness and that’s what visitors love about the city. My plan in to return as the weather warms up further. I’ve got my eyes are on Fleur de The café https://www.fleurdethe.co.uk/. It’s a cutesy dainty café on the high street, think glitzy chandeliers, floral bouquets and cakes.

Things to See Near to Rochester High Street

Truth be told, I did more than eat and drink. It’s said that Rochester has the most references to Dickens outside of London! I’m pretty sure that’s true, in all my explorations to date, I’ve never been to a place with a reference to Charles Dickens at what seemed to be almost every other establishment.

I walked up the hill to Restoration House also known as Satis House, because it inspired Dickens’ for Miss Havisham’s home in the book Great Expectations. At the time of our visit, it was closed but will reopens from May to visitors. Entry fees apply. 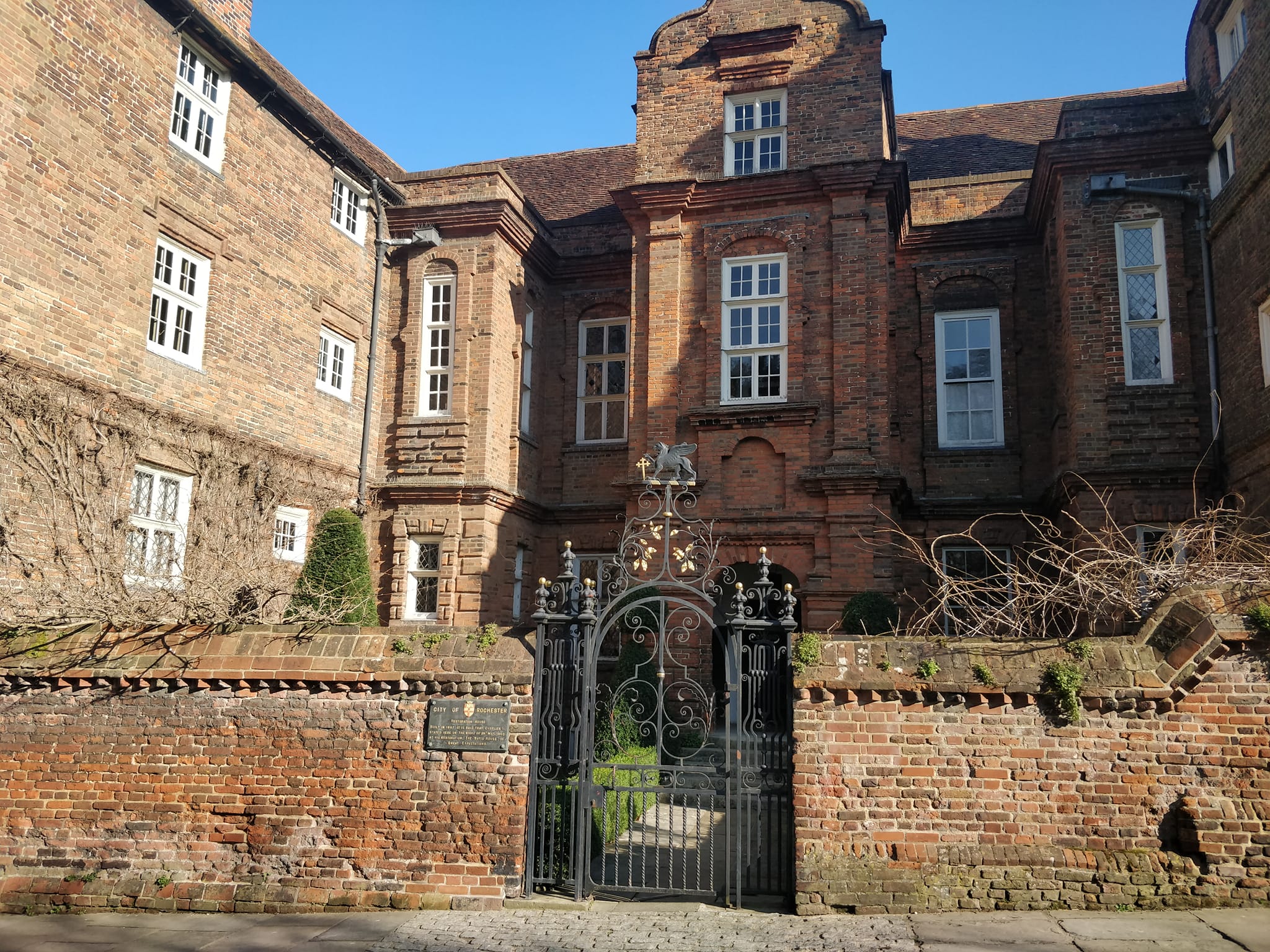 Opposite Restoration House is an entrance to a small park and garden, The Vines. The Grade II listed gardens were used by monks in the medieval times to cultivate vines. It is ideal for picnics and you cannot miss the wooden sculpted books in ode to Dickens, himself. While, the avenue is bordered by London Plane trees. However, there are other open public spaces that are further way from the city centre with play areas and attractions for children.

We also passed by Rochester Cathedral but didn’t go inside. The cathedral was founded in AD 604  by Bishop Justus. It’s England’s second oldest cathedra. The present building dates back to the work of the French Monk Bishop Gundulf in 1083. The Norman architecture of the nave, parts of the crypt, as well as one of the finest Romanesque facades in England.

Opening hours:  10AM – 4PM MONDAY – SATURDAY and from 1PM – 3PM SUNDAY. There is access for wheelchairs through the North door into the Nave. There are WCs for people with disabilities in the Cathedral (by the South Door). 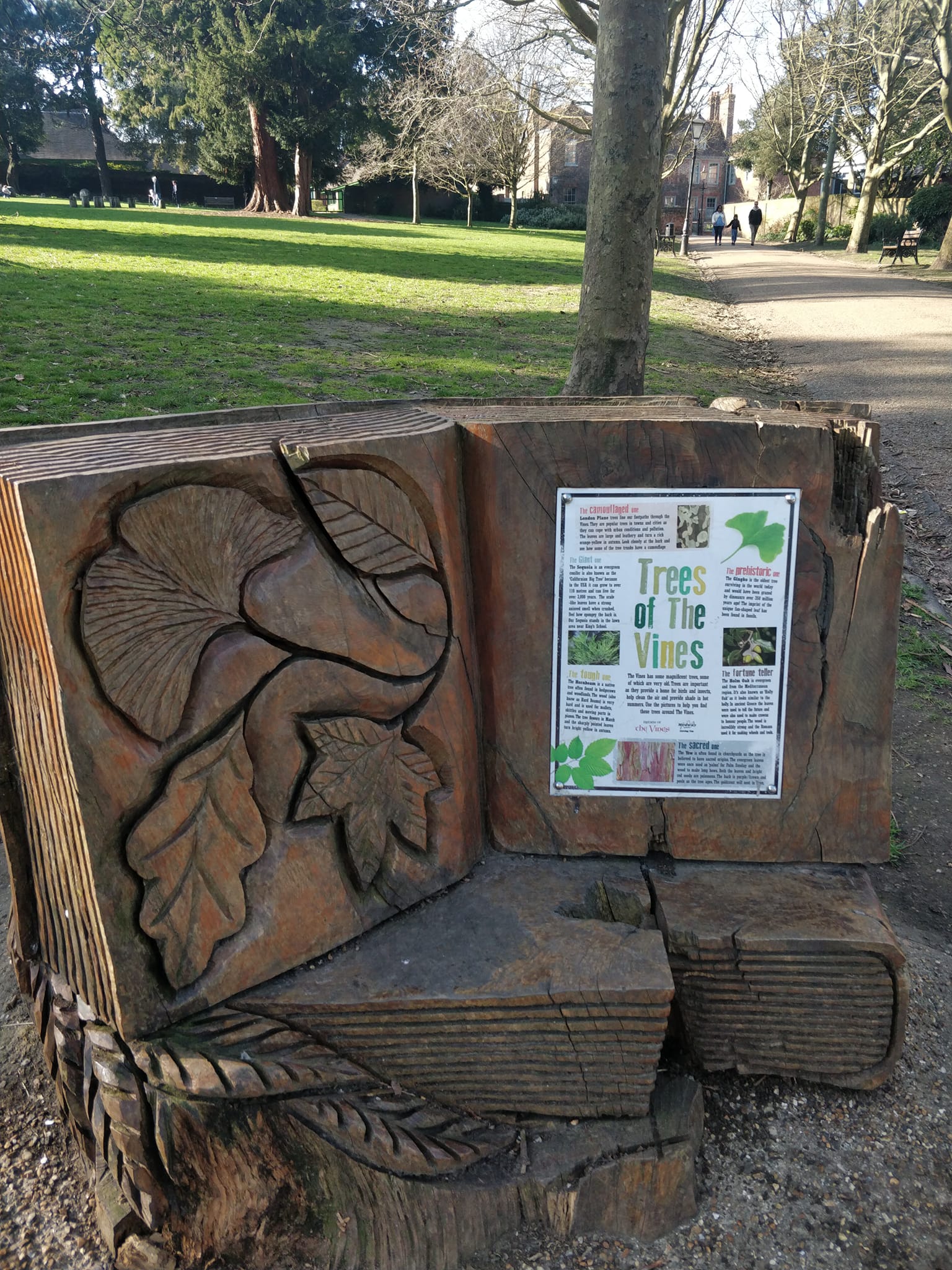 From the cathedral we meandered over to the bastion that is Rochester Castle. The castle looks out onto the River Medway. No doubt was an impression stronghold protecting against invaders in it’s heyday. 1127 by William of Corbeil, Archbishop of Canterbury, with the encouragement of Henry I.

Rochester is also home to The Huguenot Museum which is the first and only museum of Huguenot history in Britain. It’s currently closed until further notice due to lack of funding which is a shame because it’s the first major building you see on crossing the street from the station. 50 000 Huguenots settled in England. They came over from France between 1670 to 1710. Interesting Fact: 1 in 6 English people have Huguenot ancestry. I hope that their doors open again to share the stories of Britain’s first war refugees.

You are spoilt for choice when it comes to independent shops, boutiques and antiques shops. Personally, I do love a charity shop hall, and there are a few on the Rochester’s high street. The ones that caught my eyes where:

What’s your favourite city or village in Kent? Where would you recommend a visit. Comment below I would love to hear from you. To read about the other places we have visited in Kent CLICK HERE.