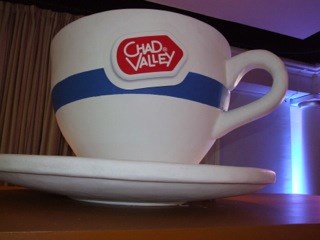 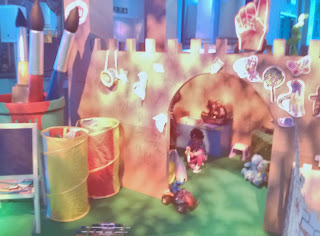 I first found out about the Chad Valley brand last year, when I had the opportunity of reviewing a new iPad app  they had created. Angelo still enjoys the application, for him it means playtime because that’s how the app introduces itself as it uploads. So, I was thrilled to attend the VIP event they hosted, recently.  Angelo is now at the age where he looks at toy ads.  He looks at toys in store and asks for them. More importantly, he has FINALLY begun to play on his own. I enjoy listening him to play especially if its role-play.   Apparently, I’m among the 70% of parents who enjoy it. Angelo has got quite an imagination and a flare for the dramatic, voice imitation and all! Now that winter is here, I confess I may not go out as much so I was interested to find ways to encourage the kids to have fun when we are indoors. Chad Valley offers a world of endless play with its creative toys.
‘The Chad Valley Toy Company has its origins in the printing and book binding business set up in Birmingham, England in 1820.’ However it was in 1897 that ‘the company moved its factory in the village Harbourne, a small stream called the Chad flowed close by the new factory- the factory acquired the name of Chad Valley Works. The business sold stationery and produced cardboard games and toys.’ Flash-forward to 2013, it’s reported that the brand helps to consolidate Argos’ position as the number one toy retailer in the UK.
According to Chad Valley research findings ‘Four is the magic number, as at this age when we truly discover the delights of imagination’ … ‘Play Expert Dr Richard Woolfson, commented: with a strong sense of imagination but lack of knowledge about the boundaries of the world, its easy for a four year old to imagine a dinosaur can sail on a boat across the kitchen to reach the safety of his best friend, a toy train’. Having Angelo has really made me take myself less seriously and brought my inner-child to life. I’ve not perfected my den-making, but I know how to make a paper plane (my most recent achievement). I’m an excellent guest at pretend tea parties and my storytelling skills have improved. Sometimes I set a scene for the reading. However, I’m not good at making up games myself. Children’s author and illustrator Alex T Smith is working with Chad Valley to help the UK discover their imagination. Here are some of  tips he’s suggested to help us awaken our sense of playfulness:
I’m a book lover and I was really pleased to meet and speak to Alex T Smith briefly at the Chad Valley Imagination event. I was curious to know what lead him into children’s literature. He shared with me that it was down to his Librarian grandfather. His grandfather would leave him a story a day to read and that first ignited his love of stories and imagination.  As for the Chad Valley Imagination event, it was held at very elegant One Marylebone. The space was setup to intrigue and encourage the children to play. Grown as I am, I was delighted with the ambiance of fun and fantasy. Angelo and Valentina were in their element. They had so much fun. It was the equivalent of being in a candy store, I reckon. The event was well attend by with celebrity parents, parent bloggers and the like but I’ll let the photos tell you the story the rest of the story. 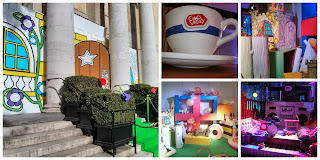 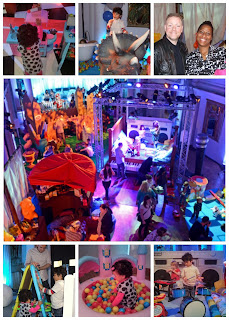 For more information on Chad Valley’s World Of Imagination and Alex T Smith’s imagination tips, please view the Chad Valley Facebook  page. Here are a few suggestions of Chad Valley toys to encourage your child’s imagination:
I feel must comment on the Designa Friend range. It’s a brilliant toy but,  Chad Valley I’d like to see the range expanded to reflect the diversity of  peoples. I would like to know that my children could create friend a they can relate to. Angelo is at the age where he looks for people who remind him of his family when he watches television. It would be wonderful for toys to reflect this fact of life, such toys would be excellent for role-playing and boosting confidence. All the toys featured at the event are currently available for purchase at Argos, kindly view the website.
Please note that this is not a sponsored post however. My family and I received an invitation to attend the VIP event. The opinions stated above are my own but the research findings was provided by Chad Valley.